When a customer griped to restaurateur Samantha Ramey that he’d never heard of a $20 plate of bacon and eggs, her response was, “Neither had I.” Together with her husband Ryan, Samantha runs the beloved Estero Cafe in Valley Ford and the newer Americana diner in Railroad Square. 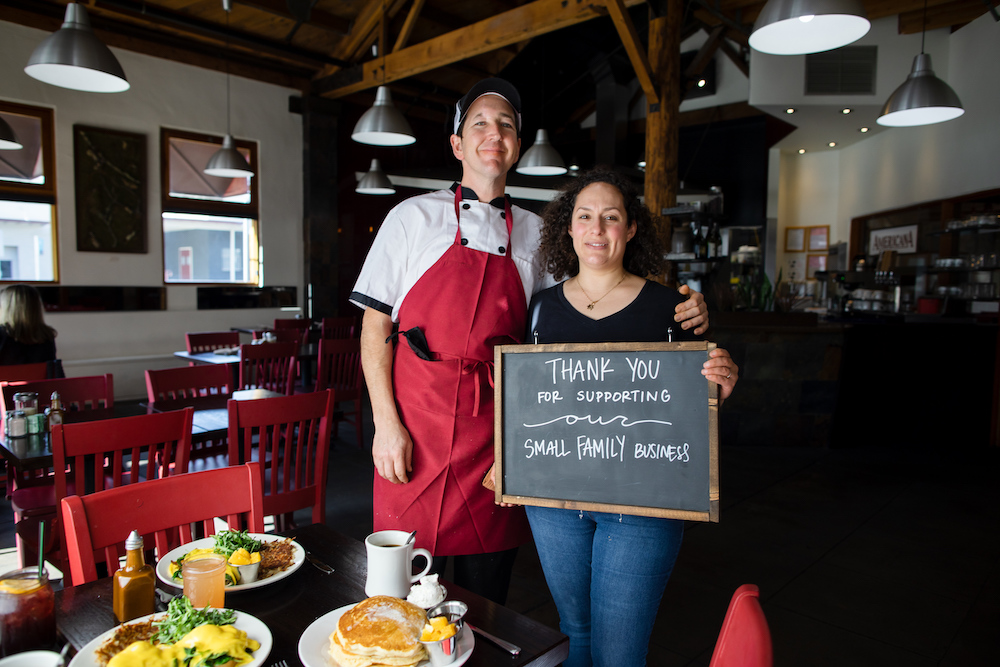 “I want to provide what my customers want,” Samantha tells me over the phone in mid-January. “We are in the service industry to give people a pleasurable dining experience.”

But at $8.50 a pound for Sonoma Meat Company’s bacon and $5.75 a dozen for Coastal Hill Farm eggs, which are cooked in Clover’s clarified butter by a lead line cook making up to $25/hour, Samantha’s locally-sourced food unsurprisingly has a hefty sticker price.

“I would love to pay everyone $20/hour plus tips, but there’s no way I could charge enough money,” she tells me, a sentiment echoed by all the restaurant owners I spoke to—who, having survived two years of a pandemic, are now in the throes of a recent customer slump coupled with rising food costs.

“How can we exist without passing our costs onto the customer?” wonders Dawn Zaft of Criminal Baking Company, who also supports the rising minimum wage mandates and recently began providing her employees with 401k options. Staples like flour and sugar, sourced locally from Keith Guisto Bakery Supply, have gone up nearly 25%. The place that launders her linens, same story. Pastry bags and parchment paper are in short supply. The result has been a 15-cent raise per bakery item to try to cover these rising costs, and she says, “I’d like to take prices up even higher.”

According to a survey by the California Restaurant Association conducted in January 2022, 77% of restaurant owners report a decline in business over the past three months. 71% report lower sales in 2021 than in 2019, and “85% say their restaurant’s total costs (as a percent of sales) were higher in December 2021 than they were in December 2020.”

“We’re not looking to get rich and I’m not trying to be the most popular restaurant in the whole world,” adds Samantha. “But we’d like to be able to buy a house one day, and find some work/life balance.” She explains that while labor costs should be about 25% of their budget, right now they are more like 33%. “Another 33% goes to food costs, and another 33% to overhead, which leaves us breaking even.”

“The pandemic has just exacerbated existing structural problems within the restaurant industry,” says Josh Norwitt, who together with wife Miriam has run Wishbone restaurant in Petaluma for nine years.

“Food has never really been cheap, it’s just that those costs have been externalized,” he continues, unraveling a complex spool that includes government subsidies, environmental degradation, and labor exploitation. Josh and Miriam have always paid more than minimum wage and split tips with the back of the house, but still, he says, it’s impossible to keep pace with the rising cost of living in Sonoma County.

Josh is also forthcoming about the challenges of sourcing locally, where availability is dictated by unstable factors like weather and limited by climate. “There have been times when half my menu comes from my own farm,” he says, “and also times when I’ve served pineapples because pineapples are delicious and people love them.” Wishbone’s menu is eclectic and playful; you’ll find one-of-a-kind dishes like the Carrot Lox (with Meyer lemon cream cheese, shaved fennel, capers, and red onions) and the Hot Mess (organic polenta dressed with miso butter, roasted veggies, kimchi, poached egg, and fermented hot sauce) which are well worth the deviation from your standard brunch fare.

But despite the government-funded Paycheck Protection Program, the cost benefit of raising their own cattle, the liquor revenue, and the loans, gone are the days when they would cram weekend customers in, elbow to elbow. “I see the mid-market restaurant going the way of the shrinking middle class,” laments Josh, who nearly sold the restaurant a year ago (the buyer ultimately backed out).

“The small local niche business, whether restaurant or retail, will always be more threatened than fast food or fine dining during a recession,” echoes economist Robert Eyler of Sonoma State University. He points out “the endless nuances” when looking at restaurants, including impacts of location and how deep their supply chain links may go.

Though he still believes that “food is everything” and will continue raising cattle on his Titled Ranch (see this issue’s Featured Farm), Josh is studying engineering and preparing for when they relinquish their restaurant for good. Wishbone remains open for brunch and take- and-bake family dinners on weekends, so there’s still time to let them dazzle your tastebuds. 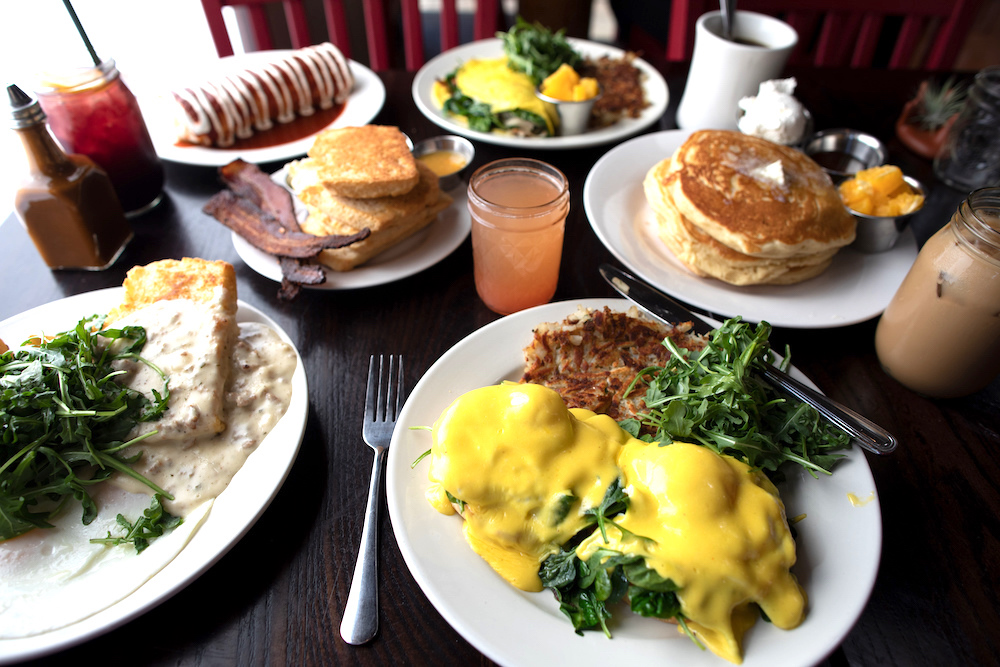 Samantha and Ryan continue the hustle in the hopes that Americana can find its groove (and solid customer base) just as Estero did. Both restaurants are named after the coastal estuary Estero Americano, which provides habitat and respite for scores of fish and birds on its journey to the Pacific Ocean from Valley Ford.

A couple of years ago, the possibility of a second restaurant meant Ryan could quit his construction job and they could both have full-time restaurants jobs. When the glass-fronted corner spot in Santa Rosa’s Railroad Square opened up—formerly Pullman Cafe and the long-running Syrah—they jumped on it. Samantha paid more to rush the health inspection so they could open as soon as possible, on February 29 of 2020.

Once things shut down they pivoted to online orders only, but within a few weeks it was clear that they needed to close and focus on Estero, which actually did well given their bucolic outdoor setting on the way to the coast. Grants, loans, and $15k raised by a GoFundMe helped them survive and eventually re-open Americana, which previously had no outside space, on May 1 of 2021.

This is classic dirt-to-diner fare: all your favorite greasy spoon dishes, including omelets, benedicts, pancakes, salads, burgers and sandwiches, made with high quality, fresh, mostly organic ingredients that are grown or grazed within a few miles. “Our menu is designed and derived from what we can get locally,” Samantha tells me, hoping to find a place to procure beans.

Burgers come with Estero Gold Cheddar, from jersey cows they can see roaming around the creamery next door to their rented house in Valley Ford, where they live with daughters Ivy and Danny. Worker Bee Farm in Freestone grows rows and rows of jalapeños for their hot sauce, and newer biodynamic farm RLR in Forestville supplies them with tomatoes, cabbages, arugula, peppers, micros, herbs, and potatoes.

“Sometimes there’s a misconception that farm-to-table food is going to be raw and tasteless, overly healthy,” says Samantha. “But actually we’re serving the same diner favorites but using clean ingredients that make you feel good and vital afterwards, not gross.” Their fryers are filled with Stemple Creek’s beef tallow, rendered in house, which costs only $2/pound to save from the garbage and is cleaner and healthier than cheap imported oil.

According to the Bureau of Labor Statistics, this past year has seen the fastest annual increase in inflation since 1982, as food costs have risen 6.4% and the prices of meat, poultry, fish, and eggs increased by 12.8%. It feels like the time to cut corners however we can, to hit Grocery Outlet more than our smaller stores—even Samantha admits to getting vanilla extract and extra virgin, organic, olive oil from Costco—and yet it’s also important to remember the bigger picture.

“We have to vote with our feet and wallets,” says economist Robert Eyler. “If we want local farmers, retailers, restaurants, etc., we have to recognize that it’ll cost us more, undoubtedly. But as we face the impacts of climate change and an uncertain future, it’ll also give us a more resilient set of supply chains and a more robust local economy.”

Though not all of us have the luxury of aligning our expenditures with our values, there may never be a better time to indulge in that $20 plate of locally-procured bacon and eggs. 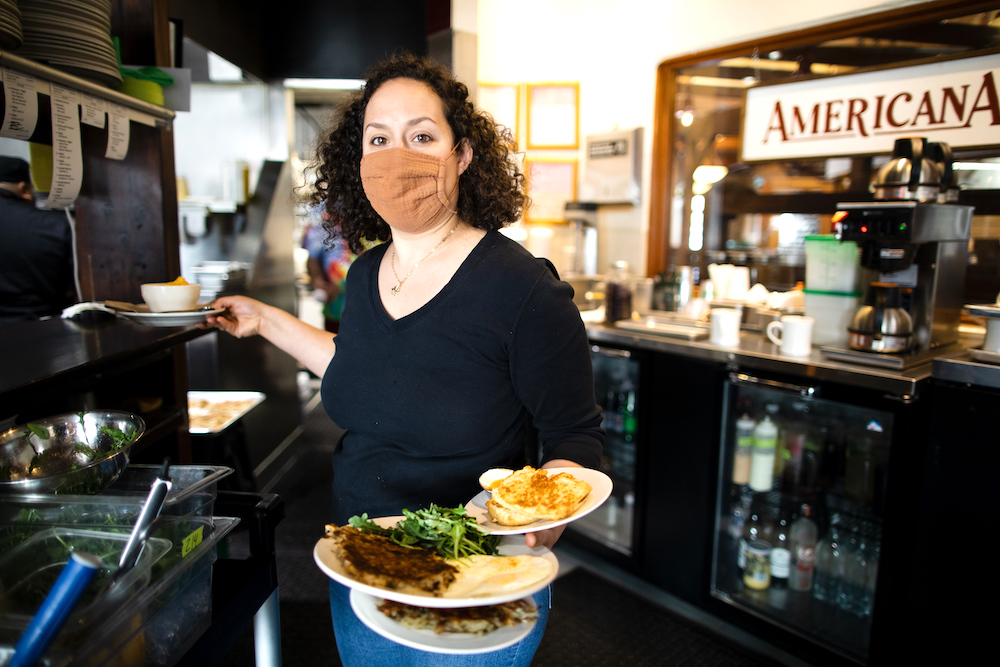 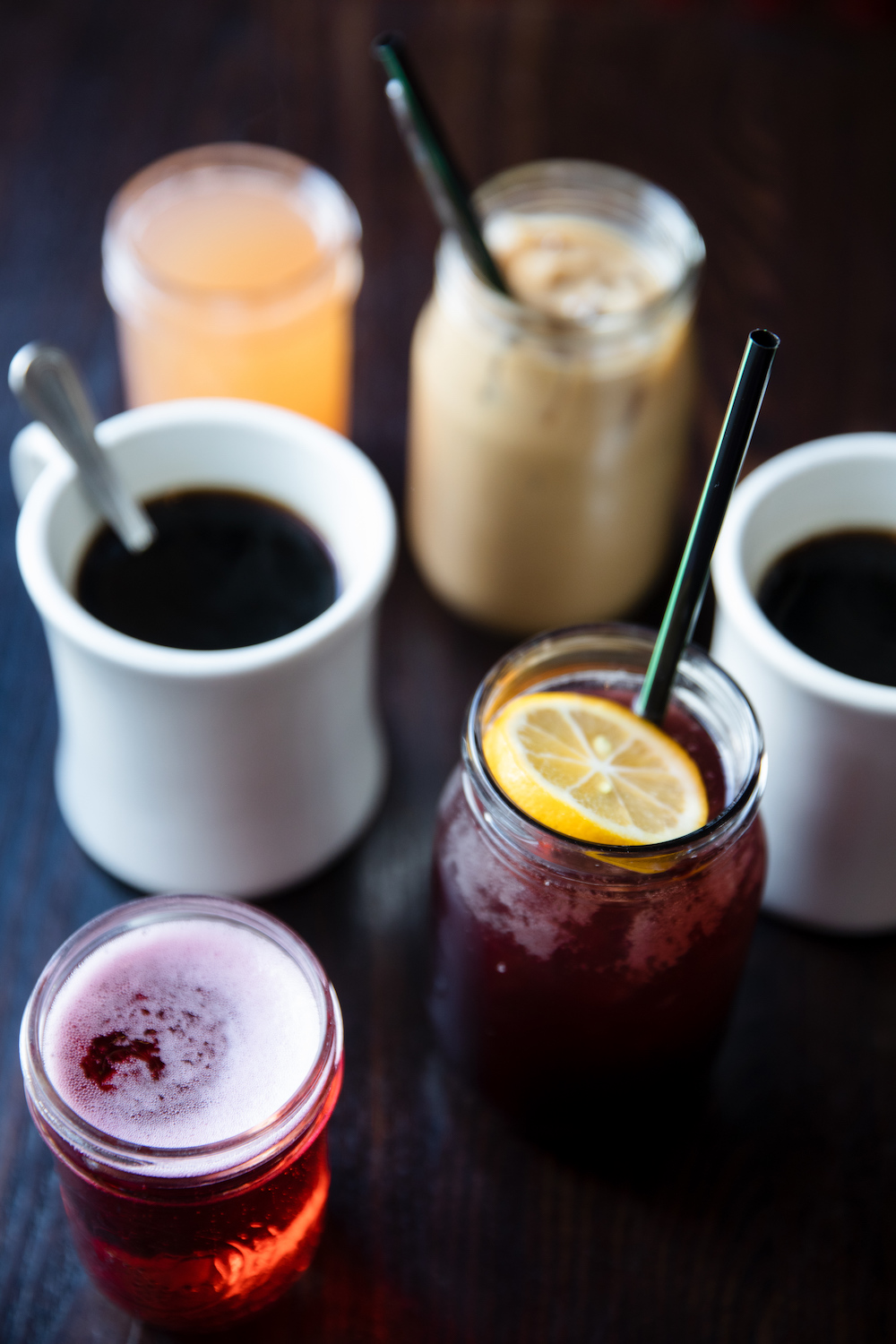 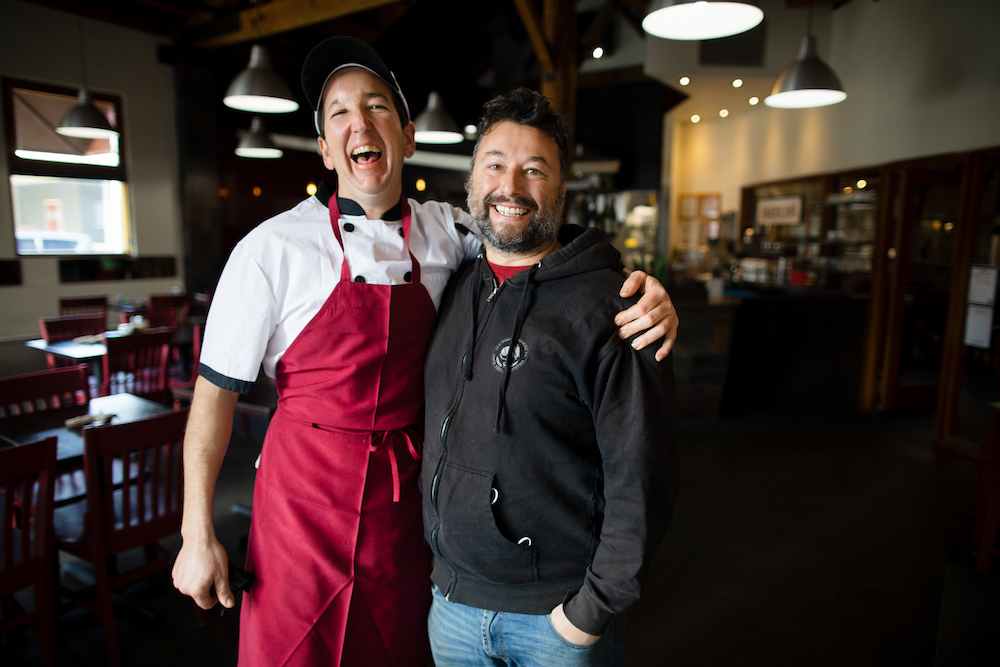 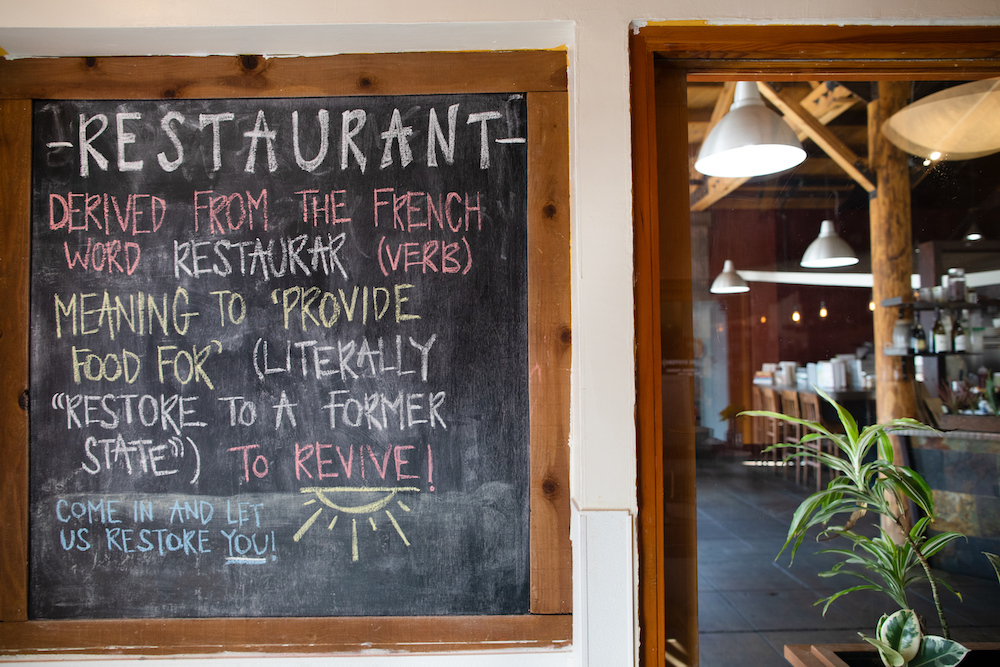 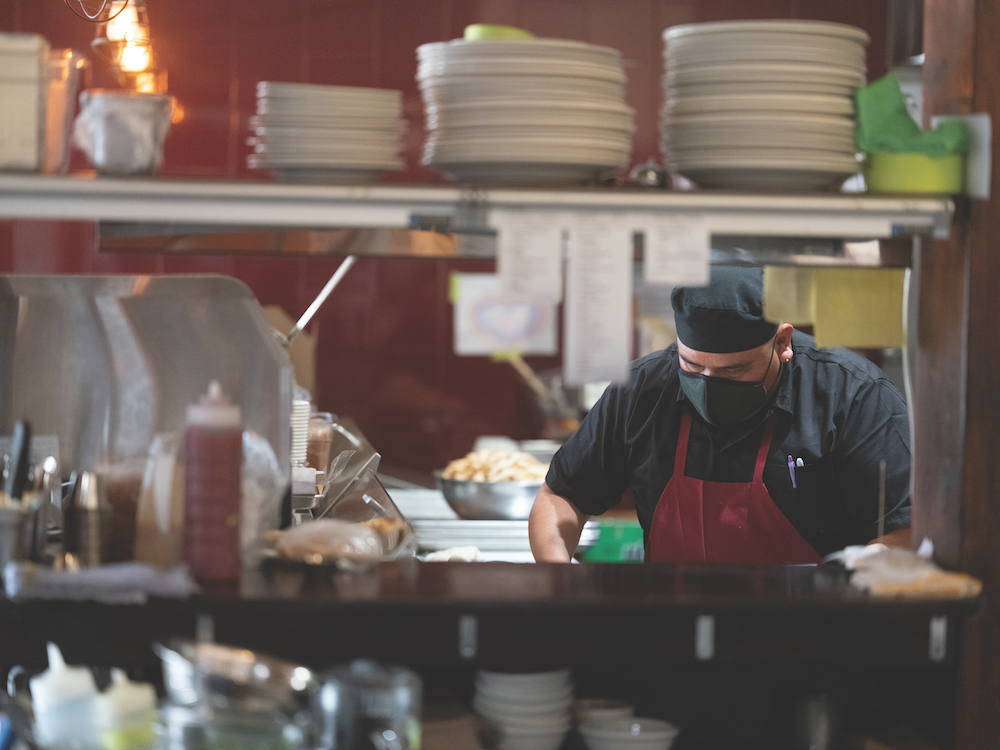 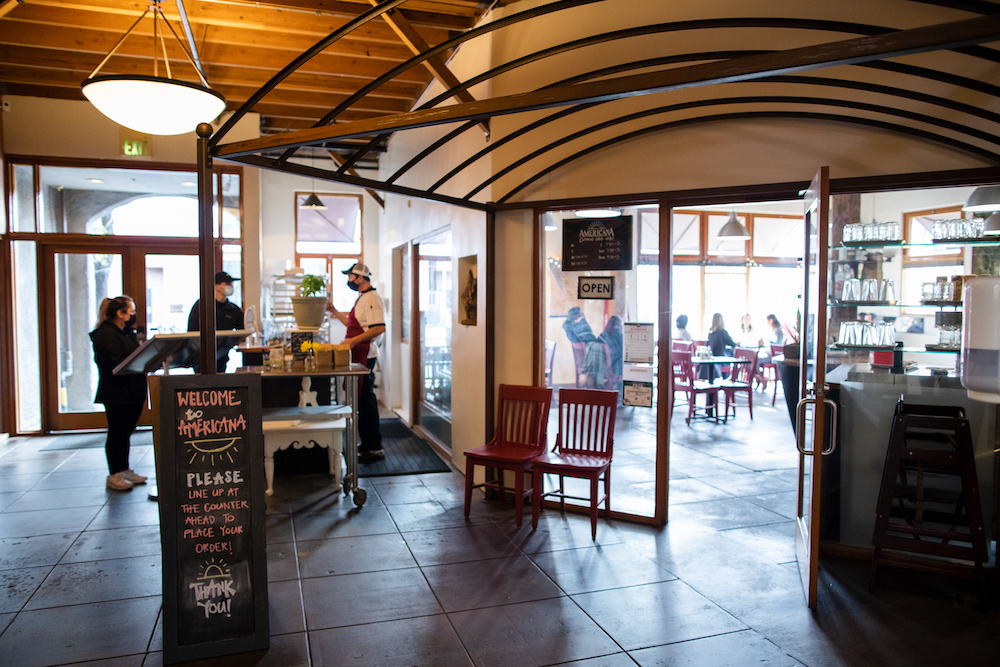 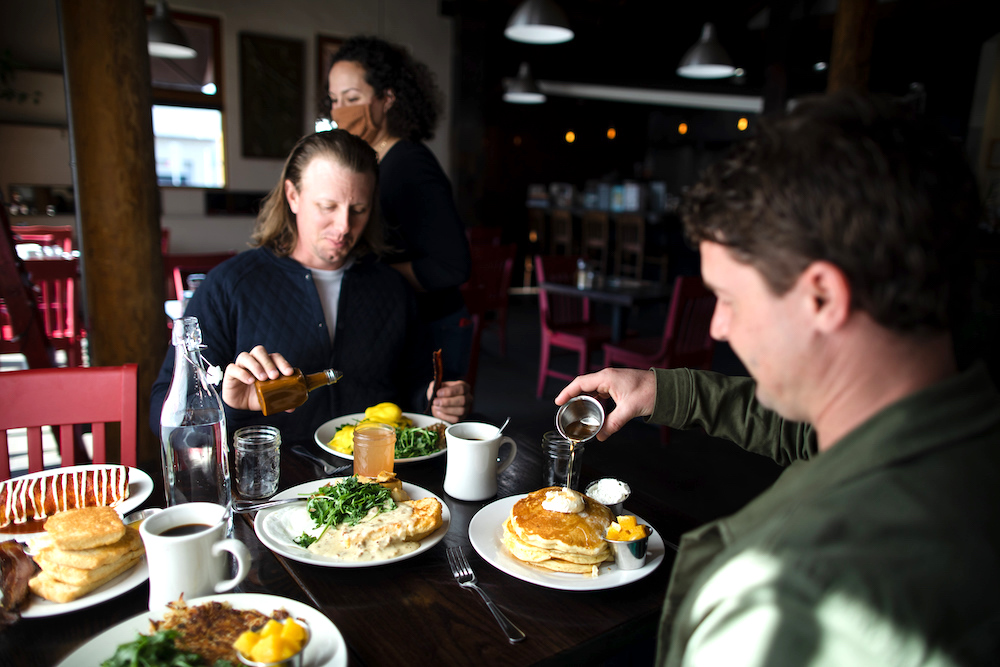