A year after running the story of Green Mary and the importance of composting, California’s SB 1383 has gone into effect. The legislation, which mandates that all residents and businesses divert their organic materials from the landfill, has already resulted in an appreciable increase in compost tons here in Sonoma County—from 24,891 in the last quarter of 2020 to 26,060 in the last quarter of 2021, an increase of 4.7%, according to Recology’s Waste Zero Manager Celia Furber.

“Though that percentage may seem small, it is actually quite a lot of progress to make in one year in this industry,” she tells me over the phone. “We are excited to see that number continue to grow.”

When organic material decomposes in the landfill, it releases methane, which “has more than 80 times the warming power of carbon dioxide over the first 20 years after it reaches the atmosphere,” according to the Environmental Defense Fund. In contrast, when that organic matter is returned to the earth it encourages the production of beneficial bacteria and fungi that help to break it down into a nutrient-rich humus that contributes to healthier, moister soil. “Everything that was once edible can go in the compost bin,” says Furber, who also notes that the so-called “compostable plastics” like bags and utensils are actually not. “It’s really just green-washing, to make people feel less guilty about single-use plastics.” 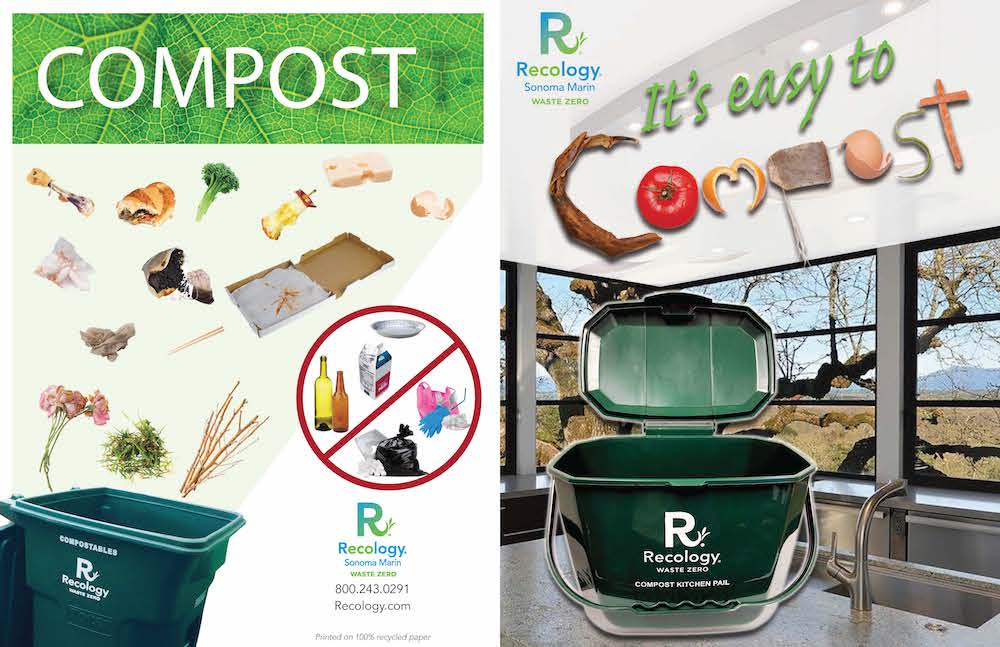 Thanks in part to a robust education and outreach program, involving billboards, social media, and newspaper and radio ads, Furber tells me that nearly every Sonoma County restaurant and school is now composting their organic material, which, like recycling, is completely free of charge. “If everyone makes this cultural shift to composting,” she says, “the environmental impact will be huge.”