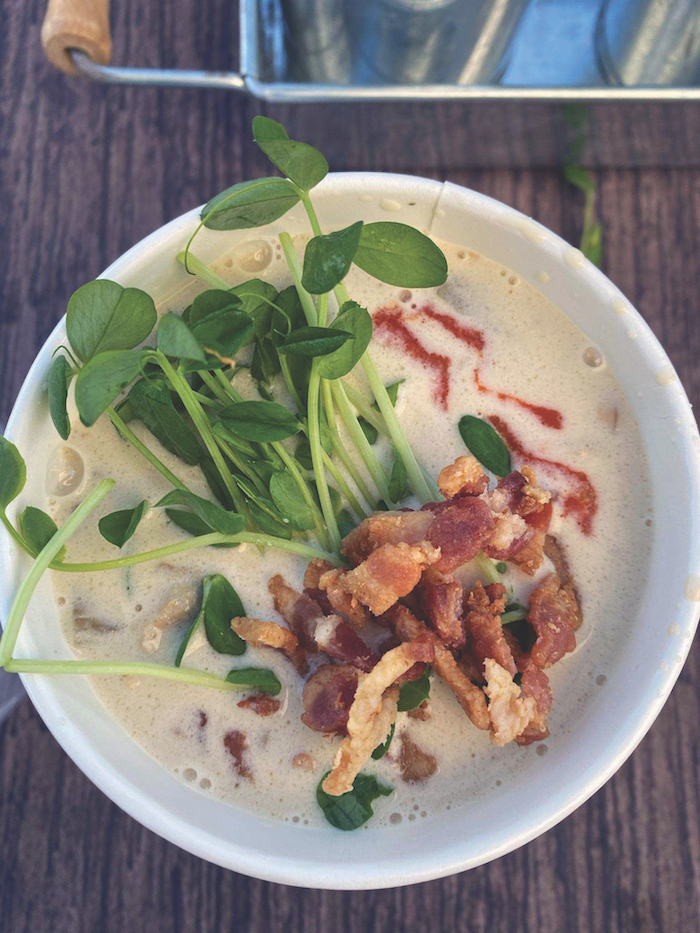 “All I ever wanted was good food, fast,” says Chad Holmes, who’s spent his career in hospitality—from teenage dishwasher to bartender to culinary school grad—and knows how important a good, hot nosh is to help keep up the hustle.

“Soup is not rocket science,” continues the self-described simple man whose Soup Shack has become a favorite among the farmers’ market crowd since he opened on October 7—when he unexpectedly scored the regular booth of Mark Bowden, the tea peddler featured in our last issue, who happened to be recovering from a shark bite in Florida that day. It’s booth neighbor Deborah Fudge of Wine Country Preserves who chimes in with this story, underscoring the sweet camaraderie of the market purveyors, who are clearly fond of both soup and soup-maker.

“I’ve been bringing Chad’s soups to my mom,” Deborah tells me, “and now she won’t eat anything else, especially those cans of Progresso.” 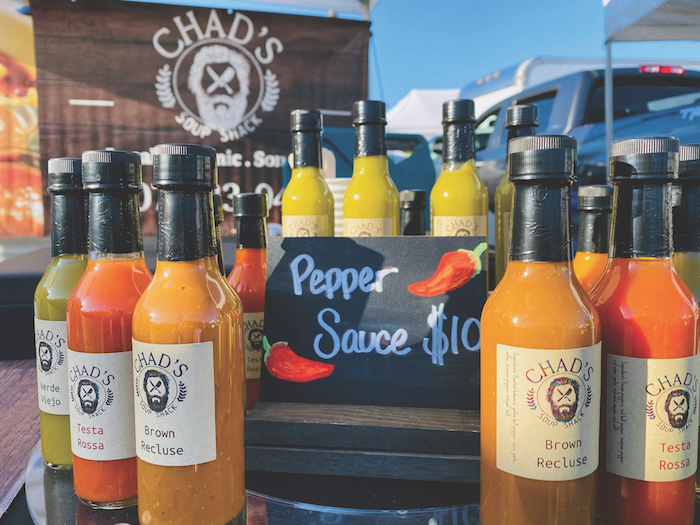 While it’s true that Chad’s “not reinventing the wheel”—his offerings include classics like Tuscan kale and sausage, broccoli cheese, and clam chowdah—there are also unexpected surprises like sweet potato chipotle, coconut curry shrimp bisque, and a sumptuous short rib and mashed potato stew topped with China rose radish microgreens and pickled carrots, the perfect fresh complement to the tender meat (and available just across the aisle from the Geyserville Gourmet Company, run by another soup fan and occasional taste-tester, Elena Fortuna). Vegans, take heart: he always has meat- and dairy-free selections like green curry, minestrone, and spring asparagus. 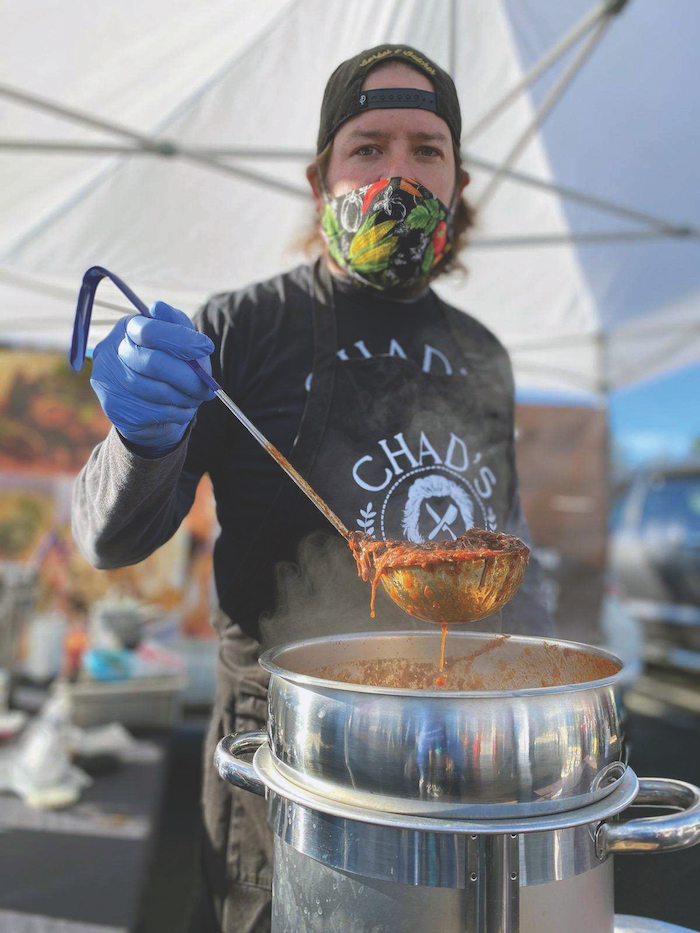 Chad moved to Sonoma County a couple of years ago for love, to be with Samantha, an old high school pal and travel companion turned fiancée. He started growing his hair, his beard, and in the garden, everything from pomegranates and potatoes to 12 different kinds of peppers, including jalapeno, habanero, ghost, and scorpion—all of which find their way into various hot sauces with names like Brown Recluse, Peaches and Scream, and Orange Crush.

After a brief stint at Cowgirl Creamery, the pandemic hit and Chad decided there was no better time to “jump off the cliff” with his first solo business. From a commercial kitchen in Sebastopol, he cooks anywhere from 25 to 35 gallons of nine different kinds of soup a week for the four markets he works in Petaluma, Windsor, and Santa Rosa. He sources all of his produce from Andy’s and his own garden, his meat from Golden Gate Meat Company.

When I ask Chad about his plans for summer, when most people are not craving soup, he is characteristically unruffled. New offerings will include cool soups, lemonade with honey, short rib sandwiches, and even more salads (in addition to the red quinoa salad with roasted asparagus, pickled cabbage, and toasted pine nuts).

“I don’t want a restaurant, I don’t want to get big, I just want to depend on myself,” says Chad, who recently donated his weekend’s soups to the Sonoma Food Runners working at the St. Vincent de Paul soup kitchen in Santa Rosa.