Until last year, Sarah Silva prided herself on raising animals who lived a good life, from start to finish. At Green Star Farm just outside of Sebastopol, her pigs, chickens and lambs grazed happily under an open sky on lush grasses until the day they took a quick jaunt to the processing facility in Petaluma. The following Sunday, you’d find Sarah suggesting pork chop recipes to her customers at the farmers’ market in town. The entire process took place within a 20-mile radius.

That all changed in January of 2020. Sarah, along with dozens of others across the North Bay, received a letter that shook the entire ranching community to its core. The owners of the region’s only processing facility had decided to cease serving all but those producers who sold under the facility’s own label.

Suddenly Green Star’s “local” pork chops, even if born just down the road from a customer’s dining room table, were forced to endure a long, stressful journey hundreds of miles away to the next nearest processing facility. Despite Sarah’s commitment to sustainability, overnight, her carbon footprint ballooned, her already slim margins thinned, and, most disheartening, all her efforts to ensure a humane life for her animals were tarnished by the stress of those last few days of hauling and waiting at a new, more crowded facility. 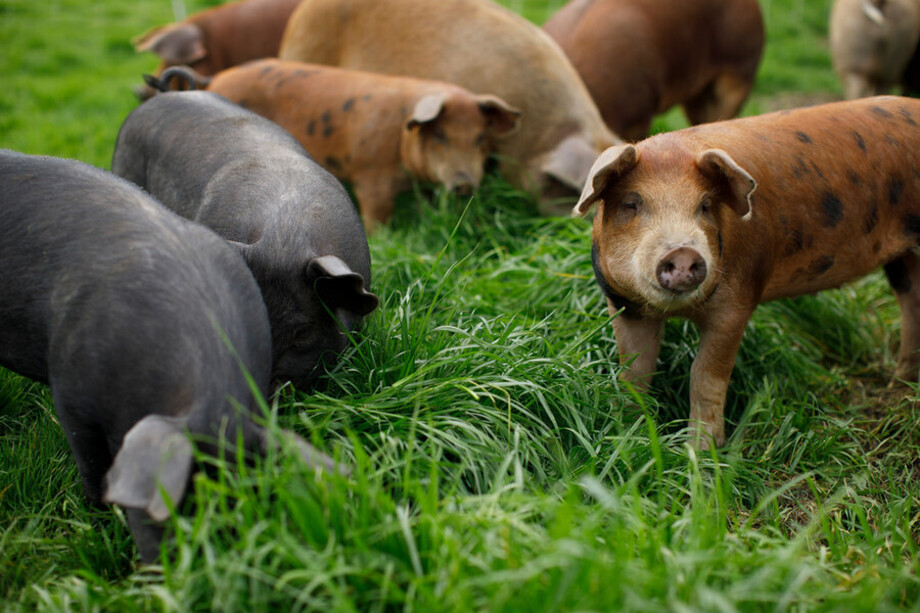 Her story is not unique. Rampant consolidation has left over 85 percent of the meat industry in the hands of just four companies. Over just the past 50 years, 9 out of 10 slaughterhouses in America called it quits, funneling ranchers into fewer and fewer facilities. Those that remain have grown bigger, capable of processing nearly two dozen pigs in a single minute. Adding a client like Sarah–microscopic compared to today’s feedlot behemoths–is hardly worth their time.

“There’s just a huge lack of control,” says Sarah. “It’s difficult to advocate for ourselves when the owners at these plants, their goal, is not to accommodate the small ranchers.”

But she wasn’t alone. She was in the same boat as ranchers all over the North Bay, none of whom were anywhere near big enough to build their own facility, a costly undertaking tangled in a web of regulations at every level. Even if some outside businesses gave it a go, what’s to say these ranchers wouldn’t find themselves back in the same volatile situation: at the whims of a single bottleneck focused on its own bottom line?

So that spring, rather than accept their fate, Sarah and a group of fellow ranchers began asking: what if we took control of our fate, collectively?

“In the beginning, there was never an assumption this was going to be a co-op,” says Vince Trotter, the Agricultural Ombudsman at Cooperative Extension Marin County. When he and others began to gather ranchers like Sarah to talk, pragmatism was the common denominator, not cooperative idealism. That and a long list of chores waiting for everyone back home.

“Folks tend to think of co-ops as tons of meetings,” says Vince, “a never-ending group process, long timelines, fake smiles. So everybody in that room had to reconcile a culture of independence with something that felt bureaucratic and wrought with conflict and emotions. But they were also asking themselves: what happens if we don’t do this? After months of exploring all their options, the one model that truly embodied ‘for ranchers by ranchers’ was the co-op.”

“If this thing succeeds, you’ll probably never hear about us,” says Adam Parks, co-owner of Victorian Farmstead Meat Company and now vice president of what grew out of last year’s explorations: the Bay Area Ranchers Co-op, or BAR-C. “Our bylaws state there will never be a brand. We are strictly a processing facility and no one producer can take up more than 10 percent of capacity or own a majority stake. We never want the entity to become greater than the producers, because that’s what got us into this mess in the first place.” 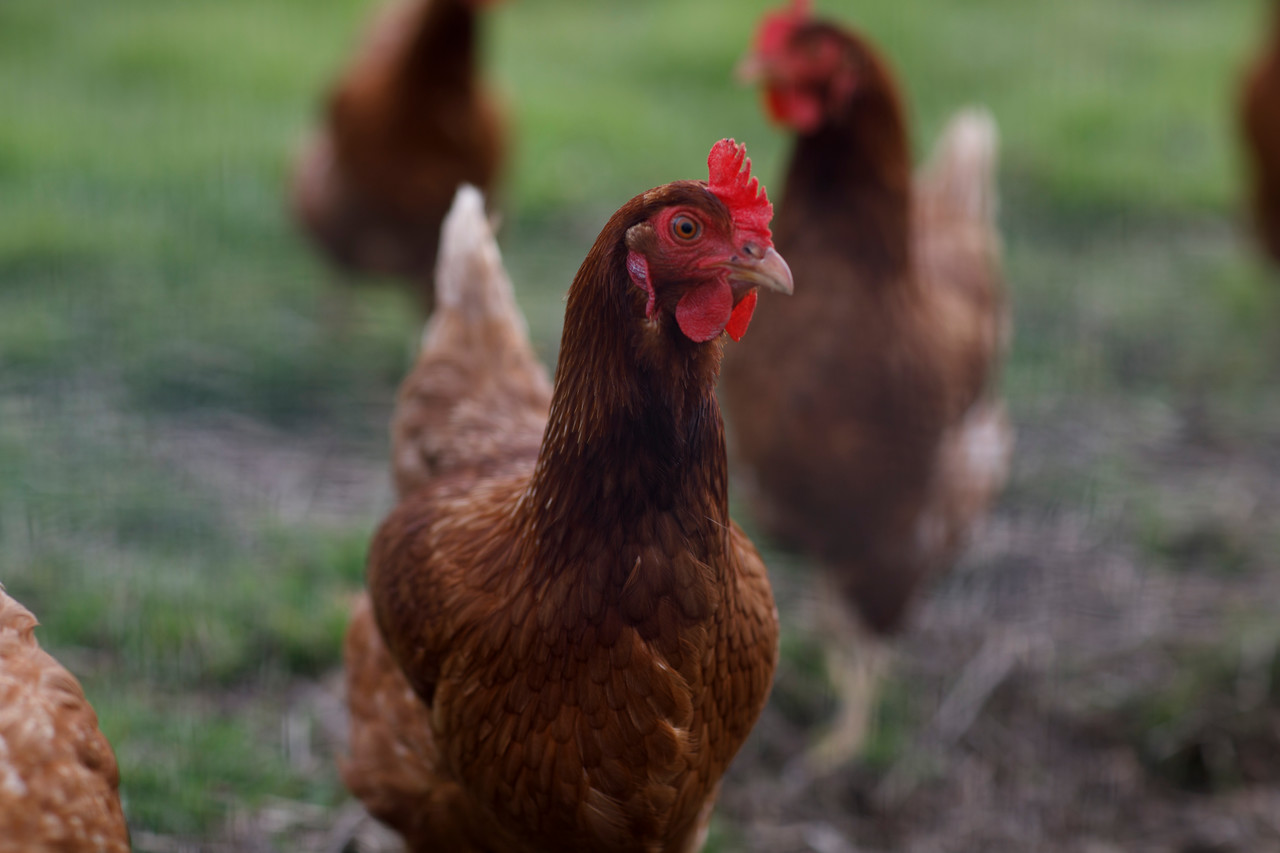 So while you won’t ever find BAR-C products at your local grocery store, its success will allow Adam to keep showing up at farmers’ markets with fresh cuts and keep his butcher shop open inside Sebastopol’s Community Market where Adam sources pasture-raised meats from local North Bay ranchers. The goal of BAR-C is to serve, not compete with businesses like Victorian Farmstead.

Only one year after they began talking, the 16 founding members of BAR-C are now eagerly awaiting the arrival of their brand new, cooperatively owned, mobile processing unit. Tiny compared to most of today’s industrial slaughterhouses, this facility-on-wheels will provide the flexibility ranchers need and keep the hauling of animals to an absolute minimum.

As of February 2021, BAR-C is actively opening up the co-op to new members, hiring staff, and raising additional funds through an avenue as decentralized as the co-op itself: WeFunder. Ditching the corporate model that left these small businesses behind in the first place, this online tool allows anyone to become an investor with as little as 500 bucks. Neighbors shopping for a rib-eye at Victorian Farmstead or buying leg of lamb from Green Star can literally invest in the source of their food.

The returns might not resemble that of Wall Street hedge funds, but the dividends on this homegrown investment include the preservation of our local economy, a reduction in our carbon foodprint, and the promise of animal welfare.

For decades, the motto of American agriculture and the meat industry in particular, has been “Go big or go home.” We’ve heard it from the U.S. Secretary of Agriculture and from cynically dejected farmers alike. Ever-tightening bottlenecks, unchecked by our nation’s antitrust laws, give way to a scarcity complex among desperate producers, chipping away at any belief that a rising tide can lift all boats.

But here in the North Bay, the members of BAR-C are trying out a different motto: “Go together and save our home.”

“I actually think that the same spirit that makes these ranchers unlikely co-op members,” says Vince, “is what will ultimately serve them well. When you’re building a culture of trust—which is what a co-op has to be—it’s far better to be honest and direct. I’ve seen them in meetings being brutally frank. They have grit. It doesn’t serve you to hold your breath or smile even though you have issues. But they’re learning how to do that in ways that work well and to hold conflict.” 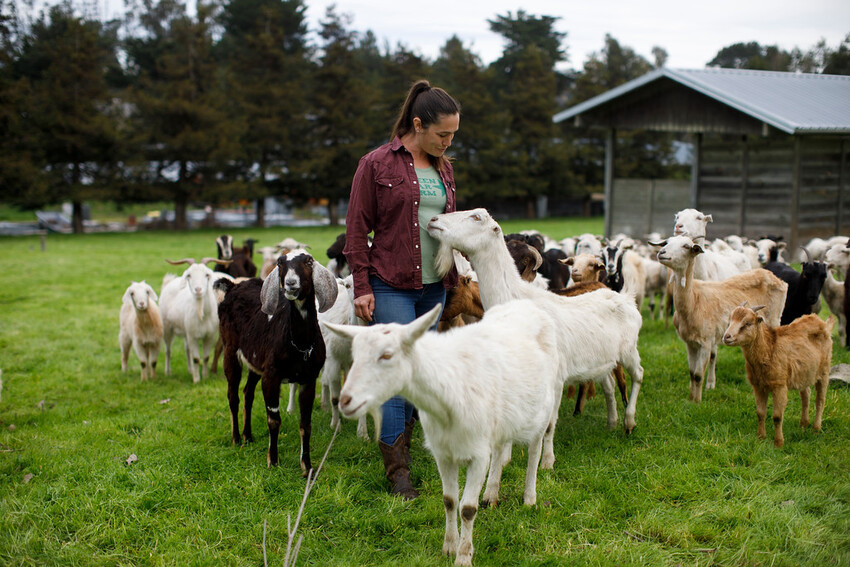 Sarah is in no short supply of grit. But despite everything, she’s also not short on smiles. Real smiles. “It’s actually been fun,” she says. Sometimes, while calling into the co-op meetings from behind the wheel of her truck (during those long hauls which, if all goes according to plan, will come to an end this summer), she gets to talking with the other ranchers. “There’s a lot of respect among us. We might have differences, but as ranchers we know we share one thing in common: we’re all hardworking. There’s a lot to that.”

2020 brought wildfires, a global pandemic and, for these ranchers, the loss of a vital lifeline for their businesses. “Every catastrophe brings us a little closer,” says Sarah. “Sonoma Strong, right? We can get through this if we stick together. That’s what BAR-C is all about.”