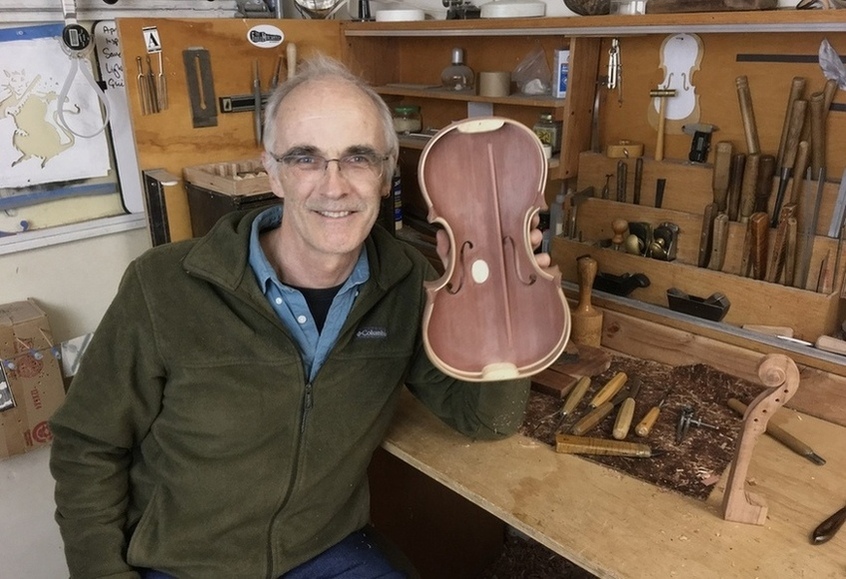 I was born and raised in England. My father was a sculptor who encouraged his kids to use his studio, so I grew up making things. I was also an enthusiastic, but not very accomplished, musician. It wasn’t until my early 30s that I finally figured out a way to combine the two interests—and possibly make a living doing it. In late 1987, I needed a new bridge for my fiddle, and when I walked into the local violin shop, the light went on for me. Four months later, I was enrolled in a violin-making school in Wales, UK. The school had only 30 students, aged 16 to 60, from all over the world. I spent the next three years putting in long hours learning the basics of violin-making and repair. 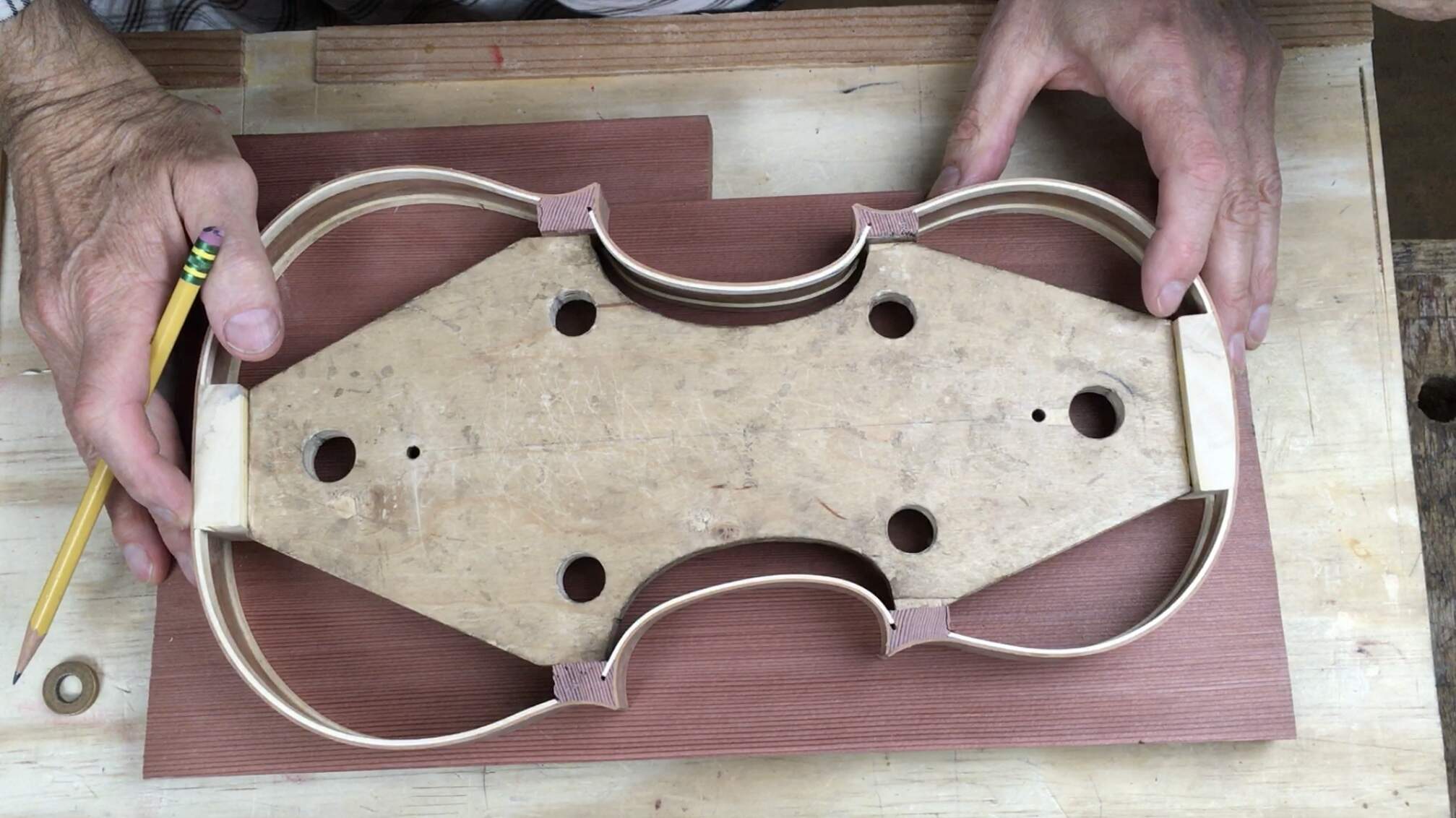 In 1992, I moved to Chicago with my American wife and 5-week-old son. The day after arriving, I took a viola that I had made into the first violin shop that I could find. I showed them the viola and asked if they had a job for me. Unbelievably, they did, and I started work as an apprentice to their cello restorer. At that time, Bein and Fushi were the world’s most successful violin dealers—and I had never heard of them. Working in that shop meant that I got to see and handle some of the world’s most “important” instruments, an invaluable experience. 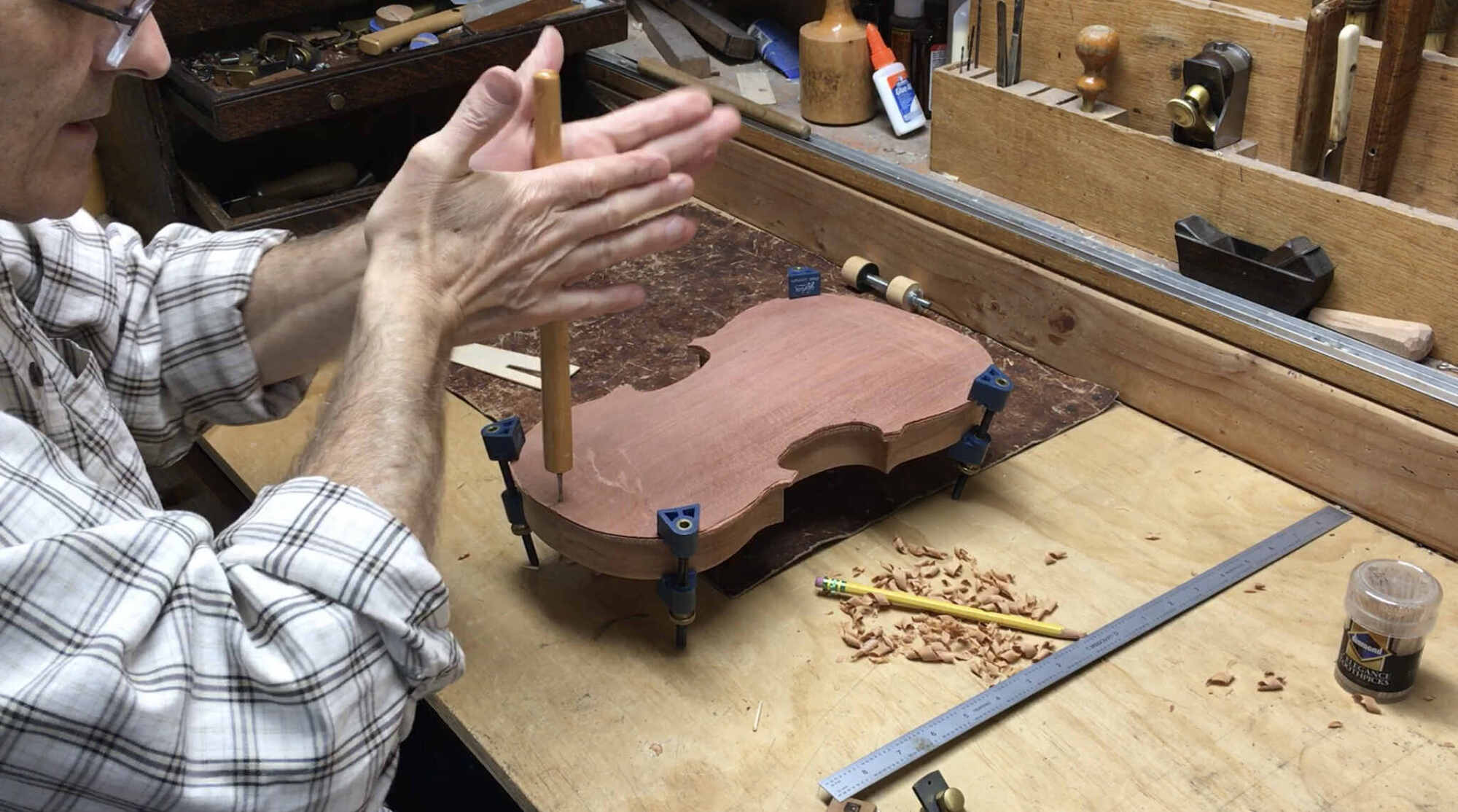 After three years of rigorous apprenticeship as a restorer, I moved out West, first to Tacoma, WA, and then to Santa Rosa in 1997, where I set up my shop in my garage in the Junior College District. I worked on restorations of fine old instruments for violin dealers from across the country. They would send me badly dilapidated old violins and few weeks to a year later, I would send back a musical instrument ready to go back to work for another hundred years. 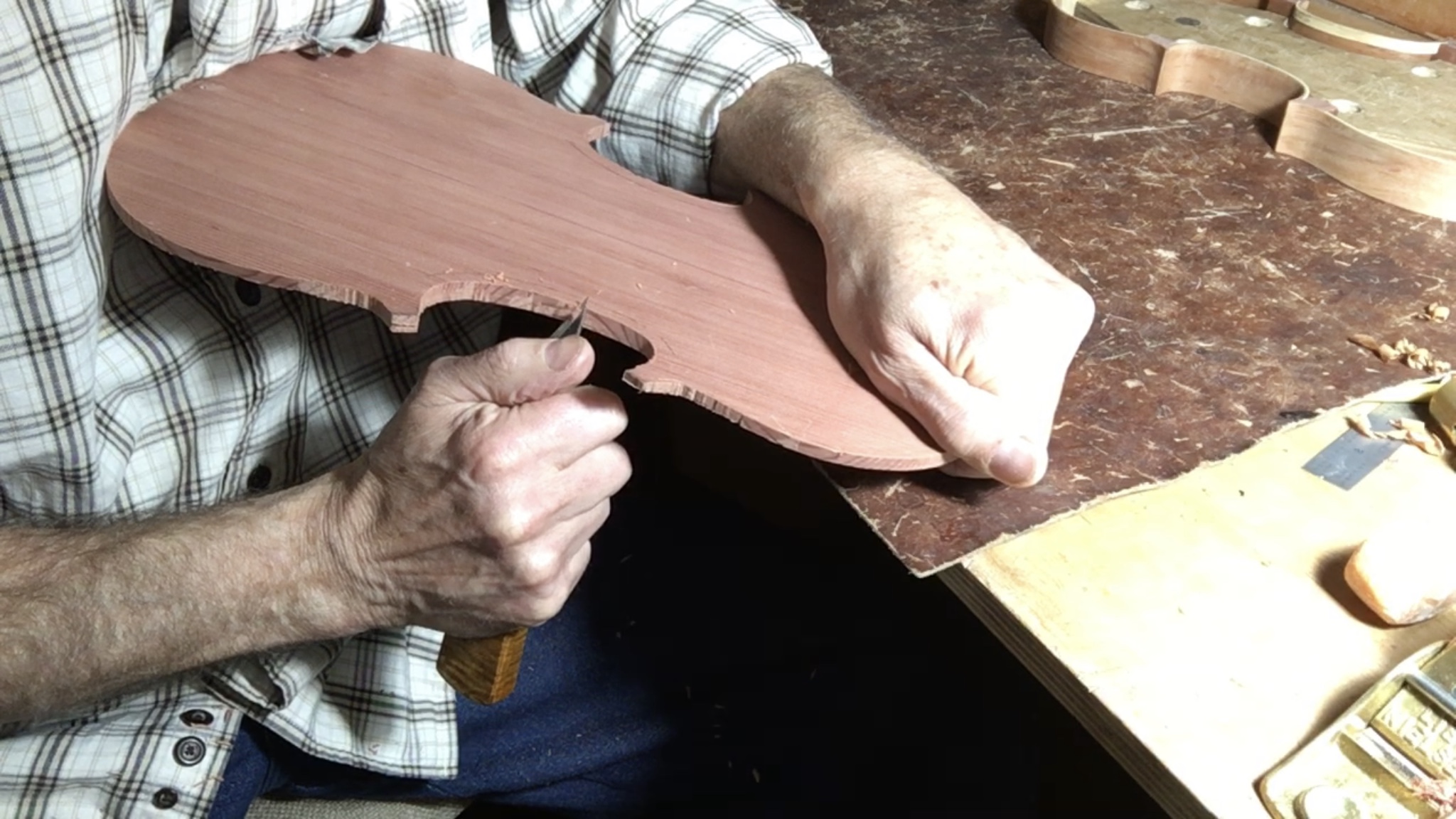 The restoration work was regular, dependable income, but whenever I had the bills covered, I would get back to making my own instruments—which sold well but erratically. In 2017, with my kids safely graduated from college, my expenses were down and my reputation as a maker had grown enough that it was finally possible to fulfill my almost forgotten dream of being a full-time maker of new violins, violas and cellos.

The idea is to make a violin completely from locally sourced materials. By telling the stories of where the materials come from and by interviewing the people and businesses who helped me, I hope to paint a portrait of Sonoma County.

I have collected most of the materials needed to make the violin: 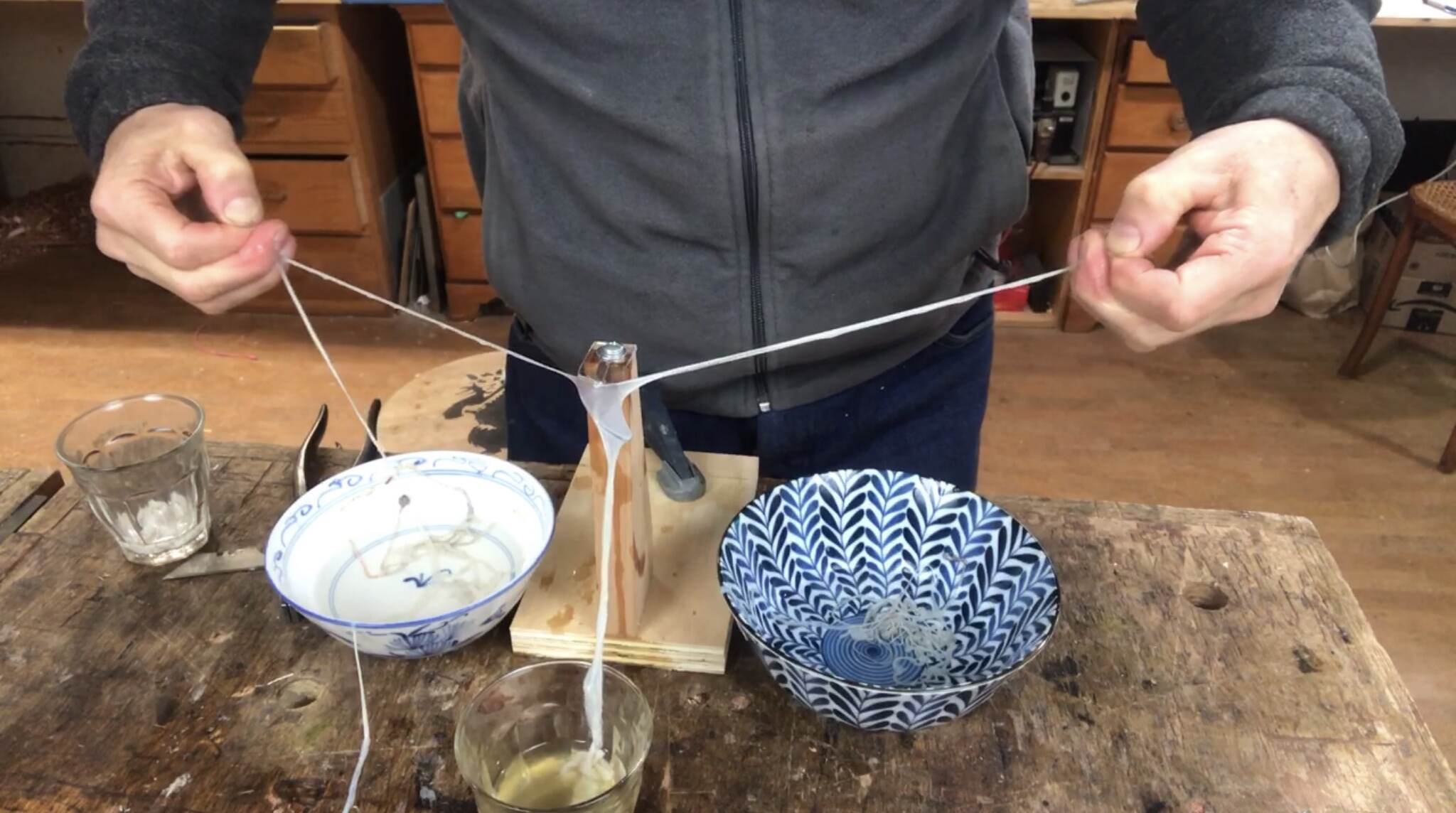 The idea of the Redwood Violin Project comes partly from an interest in the Go Local movement, which encourages awareness of local resources. This seemed particularly appropriate under COVID, when we are stuck at home and are finding our own sources of entertainment. I hope that the Redwood Violin Project will become a catalyst for community creativity and involvement.

The violin must be finished by the end of March, and that will kick off a series of musical events around the county.

We would like to connect people and places and want to hear from: