On a warm afternoon in August last year, a dozen people gathered around a table on the western edge of Spring Lake in Santa Rosa. 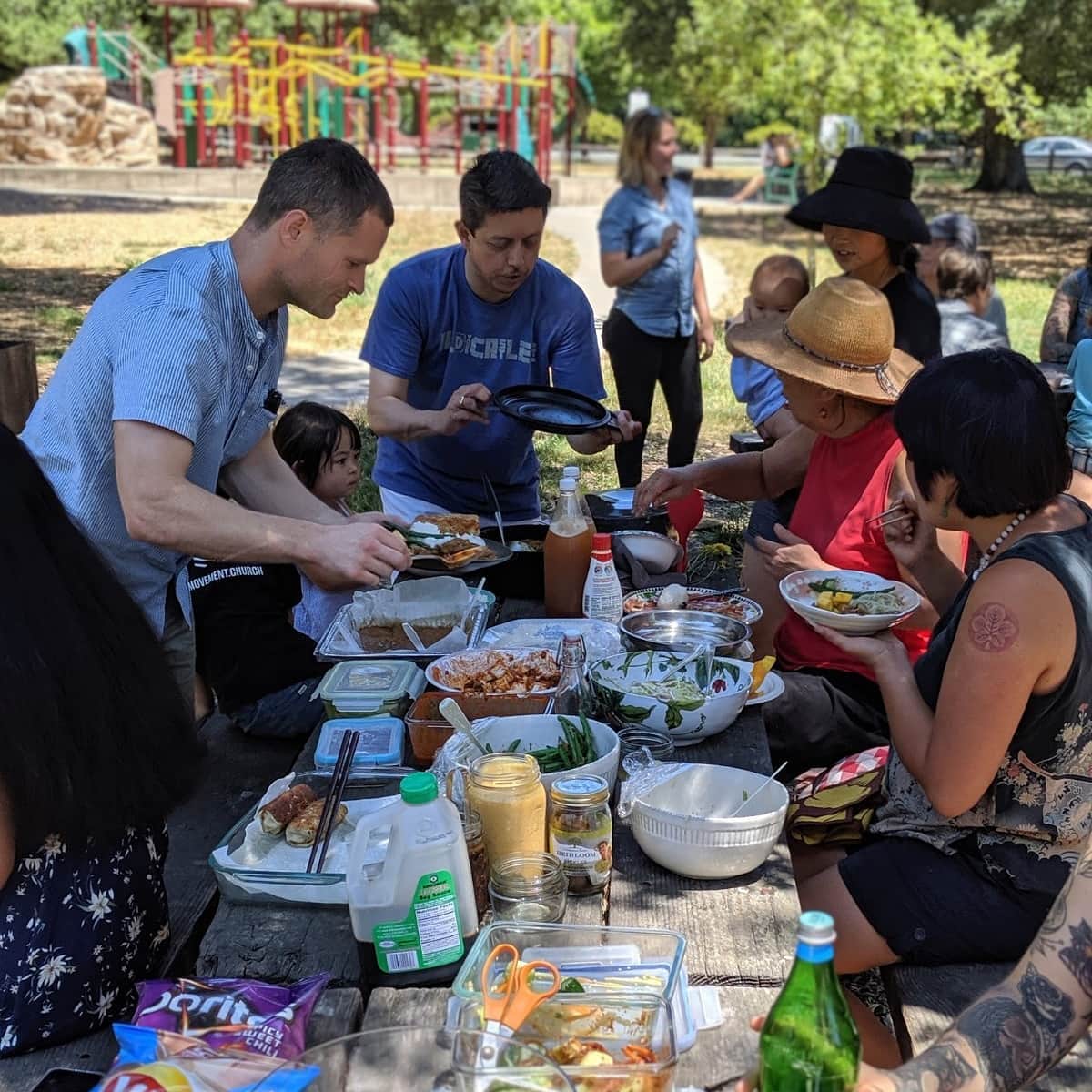 They chatted and dug into a spread of culinary delights: smashed cucumber salad, egg rolls, jars of homemade kimchi, Hong Kong-style egg tarts, dumplings, crispy rice, watermelon salad, and more.
The potluck was the second gathering ever of the Sticky Rice Supper Club, a casual, traveling potluck geared towards the Asian community, and friends, in Sonoma County.

“Food means everything to my Chinese family and the Asian community that I grew up around,” says Sticky Rice Supper Club cofounder Adrian Lewis-Chang. “It’s literally the thing that brings us together, through which we share our love, stories, history.”

Growing up in San Francisco and Oakland, Lewis-Chang never felt a lack of Asian community. But in 2017, he moved with his husband Chris to a house in the redwoods just outside the town of Occidental. The couple had lived in Japan and other Asian countries for years, and Lewis-Chang struggled to find a foothold in his new community.

“This was the first time I’ve thought, ‘Where are my Asians at? Where are the people with the same experiences as me, who enjoy the same kind of food that I enjoy?’” recalls Lewis-Chang. He began posting photos on Instagram, as My Kitsune Café, of the dishes he and Chris (who identifies as white) were cooking at home, inspired by their years abroad.

In early 2019, Lewis-Chang headed out to Radical Family Farms in Sebastopol to buy pea shoots, meeting farmers Leslie Wiser and Sarah Deragon, who grow a selection of Chinese heritage vegetables (read their story in the July/August 2019 issue of Made Local Magazine). They ended up in deep conversation about a mutual desire for more community. Lewis-Chang had heard about a project started by a Chinese American chef in Oakland; he proposed launching something similar locally: a potluck for all who identify as Asian or Pacific Islander, along with non-API spouses, partners, friends, and family. It would be a way to build bridges. It was also an opportunity, Lewis-Chang hoped, to demonstrate that “Asian food isn’t just sushi and ramen.” 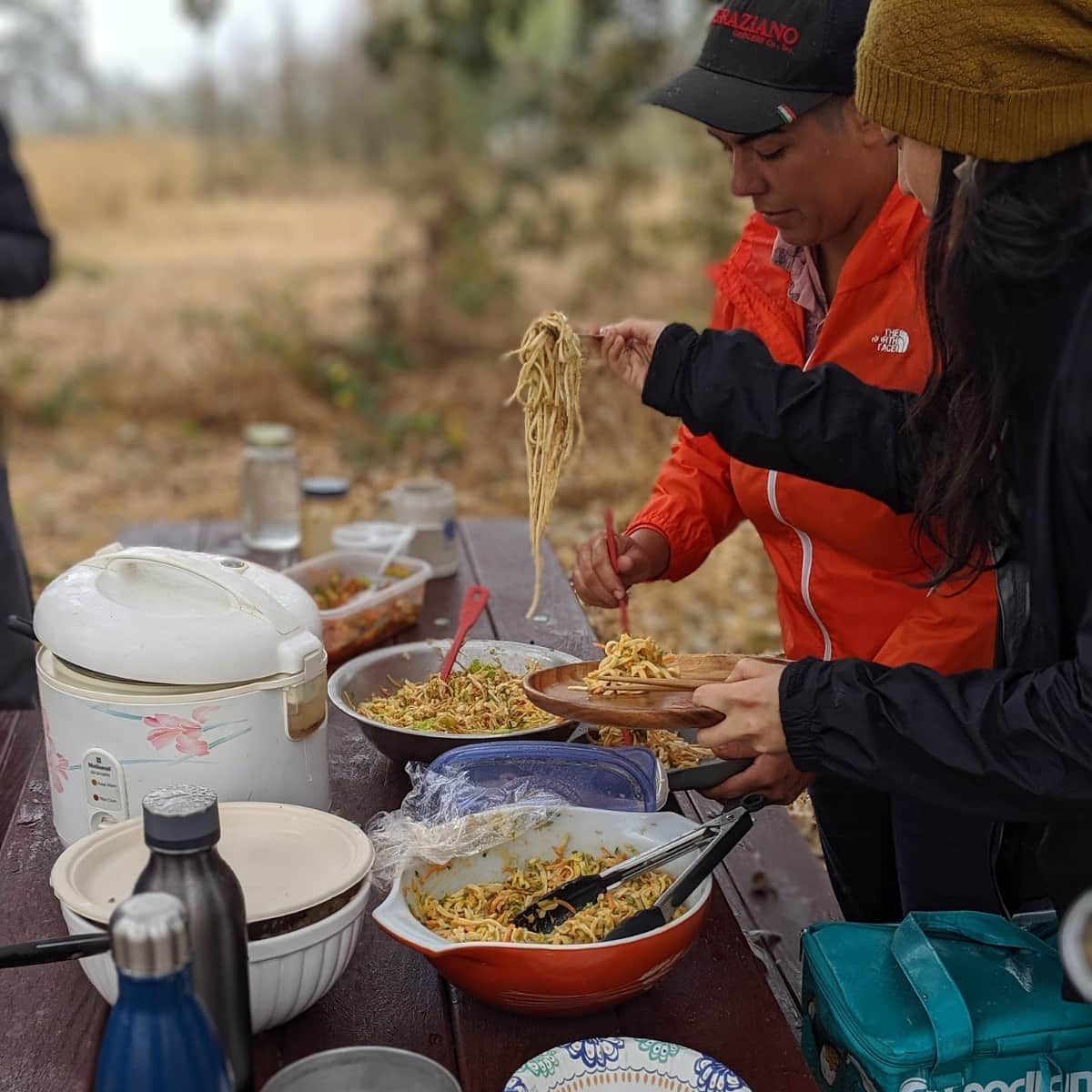 While it’s true that Sonoma County does have well-known organizations that celebrate Asian cultural heritage—most notably the Redwood Empire Chinese Association and the Japanese American Citizens League—the idea was to offer something more casual, that could bring people from the entire Asian diaspora together. Lewis-Chang also wanted to create something that appealed to millennials that was explicitly a safe space for anyone who identified as LGBTQI.

“I was inspired—why couldn’t we do that here?” he says. “Not just to sit around and eat food, but to chat about what it feels like to live in Sonoma County, where you don’t really feel represented. Not that we are being discriminated against, but I think people like myself—born in California, third-generation Chinese American—I grew up thinking I could be American, or I could be Chinese, but I couldn’t be both at the same time. I thought it would be nice to be in a place where we could be all of those things and speak about our experiences.” 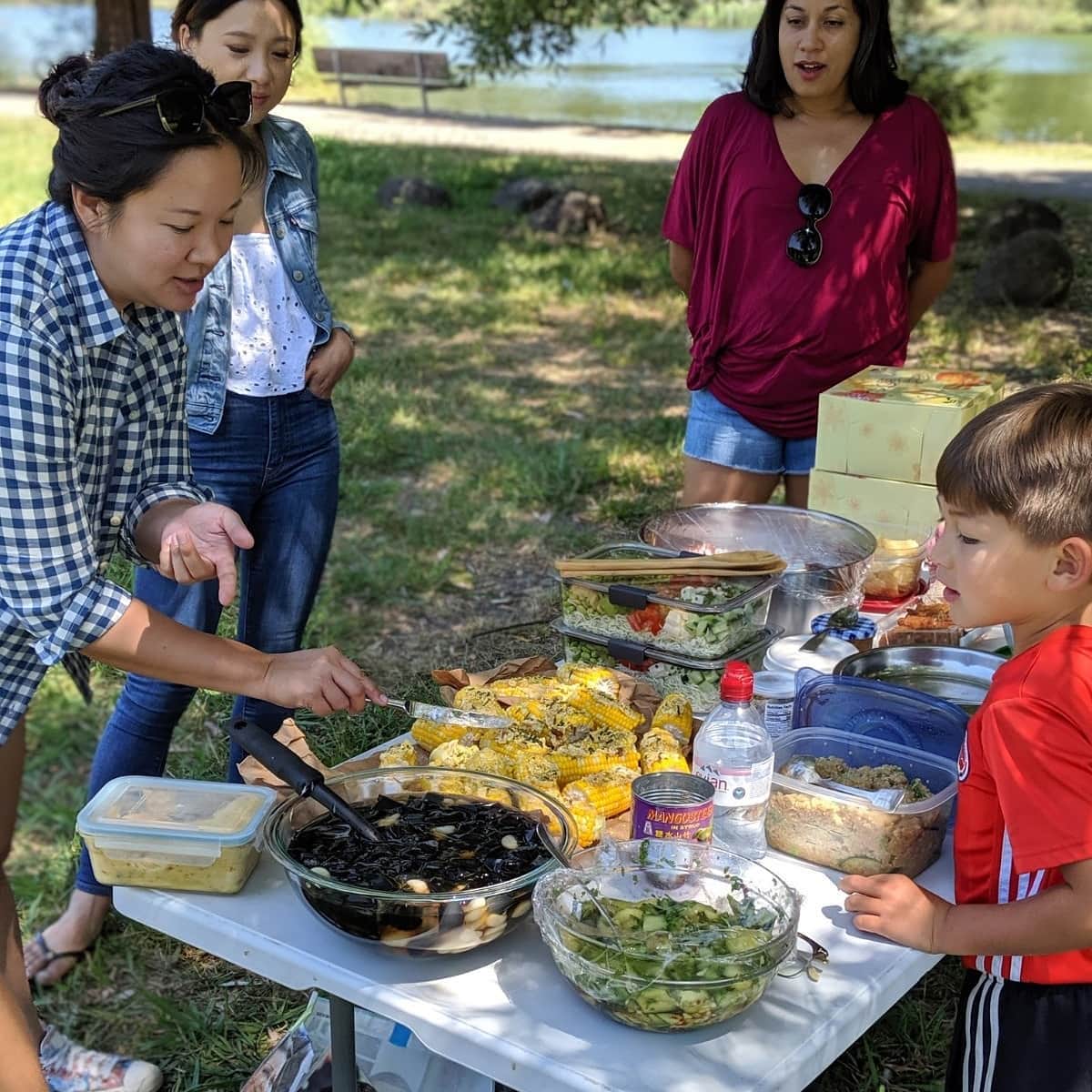 Lewis-Chang sees the potlucks (which will continue through 2020 at local parks and preserves) as an opportunity to recognize a still under-represented population.
“It’s all about bringing awareness and visibility to the hidden communities that have been the backbone of this county for over 100 years,” he says. “These were the people who built the first vineyards here in Sonoma County. I’d love for us to teach each other—and our non-Asian friends—about that. And, it’s a place for us to get together and feel like we are part of one, big, inclusive family. One woman recently told me how she hadn’t realized how much she’d missed feeling connected to her Japanese side. I thought that was so powerful, and I was grateful that the potluck was able to give her that.”

The best place way to find out about upcoming Sticky Rice Supper Club potlucks is through Instagram at @stickyricesupperclub. You can also find the group on Facebook, though posting is more sporadic.

Criminally Good: Sinning in the Kitchen with Dawn Zaft