With the approach of Dungeness crab season, consumers are looking forward to serving local shellfish as the traditional centerpiece of their holiday feasts. But California crabbers—especially those on the Sonoma Coast—are anticipating the season with heightened anxiety. Last year, the commercial fishing community took a major financial hit when the season came to an abrupt and early halt because of whale entanglements. Previous years saw delayed season openings pushed back until after the usual pre-holiday sales boom because of high levels of domoic acid. A byproduct of algal blooms that thrive in rising sea temperatures, the acid is a neurotoxin that can be deadly at highly concentrated levels.

“In both cases, there were extraordinary, profound, costly and heartbreaking impacts,” says Noah Oppenheim, executive director of the Pacific Coast Federation of Fishermen’s Associations (PCFFA). “Bodega Bay has lost tens of millions of dollars. The whole state has lost hundreds of millions of dollars in total because of the impact of domoic acid driven by climate change and ocean warming.” The impact on commercial fishing has been so detrimental, in fact, that last November the PCFFA filed a lawsuit on behalf of crab fishers, their families, and local communities, against 30 fossil fuel companies for damage endured due to climate change. In 2015, for example, domoic acid levels were so high that a federally declared disaster was announced and fishing ceased, dropping the statewide annual profits from the industry from nearly $60 million to $39 million. 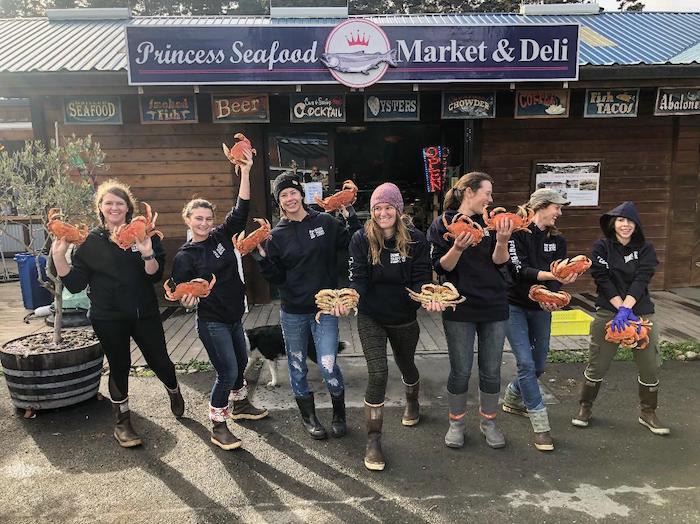 Up in Fort Bragg, Heather Sears of Princess Seafood, an all-women-run fishing vessel and fish market, felt the economic blow last year. Sears has fished commercially since 2001 and also sells her catch at Sonoma County farmers’ markets. She says that the whole community suffers when crabbing season is shortened, especially if the commercial season opener is delayed beyond the holidays— when crab sales are at their highest. “It’s scary for businesses and for basically everybody in town that rely on this crab fishery,” says Sears. “All of our unloaders, our fuel companies, our gear stores, the whole community is affected—all the guys that rely on crabbers for business.”

Crab fishers in Bodega Bay are worried, too. Among them is Dick Ogg, who has fished commercially for 20 years. Ogg is a member of the California Dungeness Crab Fishing Gear Working Group, a network of commercial and recreational fishermen and representatives from environmental organizations and state and federal agencies. The group is working to identify and reduce the risk of whale entanglements in Dungeness crab fishing gear. Traditional whale migration routes have been impacted by rising ocean temperatures. Warmer water kills krill, a primary food source. This compels whales to journey much closer to shore seeking food. This also forces them closer to where crabbers set their traps. Ogg hopes that his group’s efforts to adjust gear will mitigate the impact crabbing has on migrating whales and that local fisherman can get back on their feet financially. 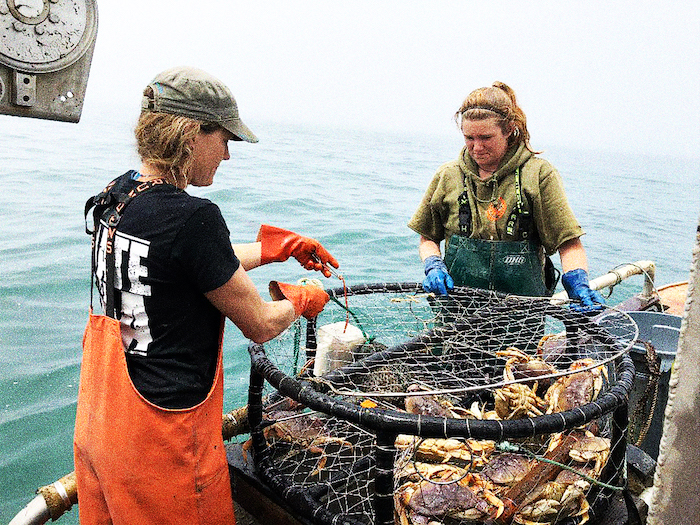 “These guys are really trying. They are really putting a lot of effort in, doing everything they possibly can to reduce our interaction with the whales,” says Ogg. According to Ogg, whale entanglements have come down significantly since the working group was established in 2015. Numbers of confirmed Dungeness crab fishing-related entanglements—as opposed to the total number of entanglements from a variety of combined sources—have dropped from five in 2017 and seven in 2018 to two in 2019. “They say there’ve been 18 entanglements this year,” says Ogg. “The first thing that the public thinks about is that these are Dungeness crab-related, and in reality we really don’t have much impact, but we’re the center focus.”
“We want to protect our marine mammals,” says Noah Oppenheim. “Fishermen cherish them, and they are an important part of the coastal ecosystem here. We’ve got to be protective.”

At the same time, he points to how federal disaster funds from claims filed after the economic blows of the 2015 season took three years to be distributed to eligible fishermen.
“If the measures taken to prevent whale entanglements are so severe that they fundamentally threaten people’s way of life, we’ve got to underwrite that,” he says. “We’ve got to create some sort of social support mechanism. We currently have nothing in place, and that’s why fishermen are so worried.”
Though there have been notable reductions of whale entanglements caused specifically by Dungeness crab fishing equipment, Ogg says there is still anxiety about domoic acid along the Sonoma Coast, a less predictable obstacle for fishermen because of the uncertainty of how climate change will impact local sea temperatures from year to year.

Still, Oppenheim says that crab meat goes through rigorous testing and that restrictions are implemented when domoic acid levels in crab meat reach 20 parts per million. Testing to determine the safety of this year’s crab began in early October. So far, sport crabbing is set to kick off as usual on the first Saturday of November, and the commercial season, barring any delays, should start by November 15. The local commercial fishermen—and much of the seafood-loving community—wait with bated breath to see what this season has in store.

411: for up-to-date information on season opening and closing dates, and more, visit the California Department of Fish and Wildlife at wildlife.ca.gov

In the Aromas, the Ancestors are Present