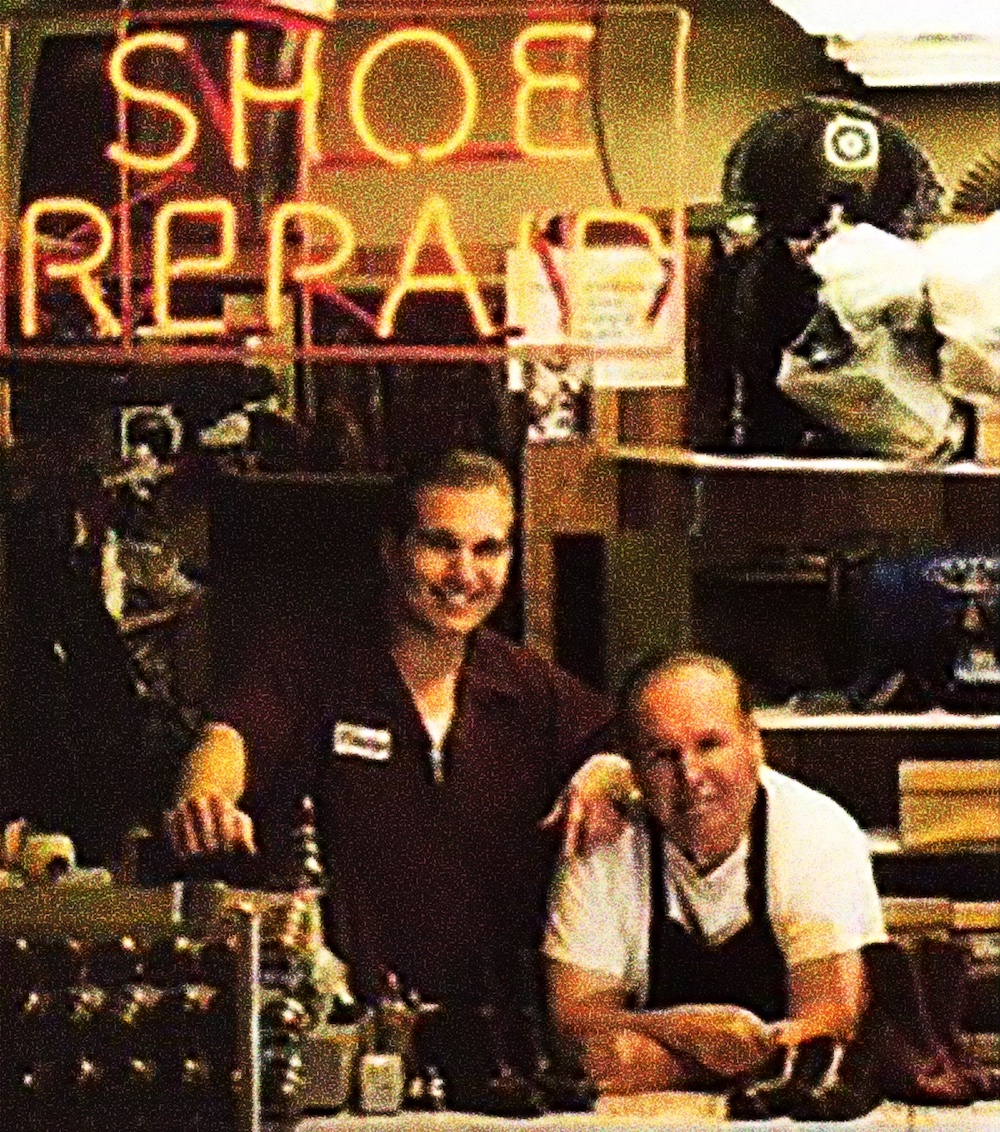 Shoe Repair in a Throwaway World

According to the Shoe Service Institute of America, which was founded in 1904, there are still some 5,000 people practicing shoe repair across the country—down from 15,000 in 1997 and some 100,000 in the 1930s. The Institute, whose tag line is “If the shoe fits, repair it!” takes seriously their mission to “educate consumers about the physical, economic and environmental benefits of purchasing and maintaining quality footwear.”

There is something charmingly old-fashioned about buying a quality pair of shoes, a classic wardrobe staple that can survive the shifting tides of fashion, and extending their lifespan as long as possible. The concept harkens to a past that wasn’t reliant on fast fashion, with its inherently disposable products, overseas production, and huge carbon footprint in shipping alone. Sure, we can get a new pair of cheap shoes for every season, but at what environmental cost?

I’m generally not much of a shopper, but I cannot resist the siren call of a solid pair of leather boots. I have an embarrassment of boots in my closet, in a myriad of colors and styles. My favorite is a pair of red leather Frye booties that I’ve had for nearly two decades, still beautiful and functional, thanks mainly to renowned cobbler Tim Alexander of Tate’s Shoe Services. Tate’s, a relic of the bygone era of master craftsmen, was a Santa Rosa fixture for over 40 years, and Alexander’s passing in November of 2021 left a hole in the hearts of his many long-time loyal customers—who also began scrambling to find someone who could now fill the holes in their shoes.

Fortunately for us, the art of cobbling is still practiced in Sonoma County by a surviving few recipients of this legacy craft, still often passed down from generation to generation.

Vinny Pacheco learned the cobbler craft from his father Tony, who was taught by his grandfather. “I couldn’t just hang out after school,” he tells me, “I’d have to come to the shop and work, starting at seven or eight years old.”

When Tony had a stroke in 1997, Vinny stepped up to help out with his father’s 40+ year-old shop. In 2000 he opened his own shop in downtown Sonoma, and has been the town’s only cobbler ever since.

Vinny tells me that he is busier than ever since Tate’s closing, and his turnaround time for repairs in his one-man operation is 1-2 weeks in the slower summer season, and 2-3 weeks in the busier winter. He likes to focus on the most basic aspects of shoe repair, like mending and stitching and sole replacement. “A pair of shoes can last many, many years with the right kind of maintenance, kind of like a car.”

Raymundo Canul got his start making shoes, mainly cowboy boots, with his dad in Mexico City as a kid. He spent many years working as a cobbler at Marelli Brothers in San Rafael, a three-generation affair that has been in operation for over 100 years. Tiring of his daily commute, Canul opened his own shop in 2013, where he repairs shoes, luggage, wallets, belts—“anything leather.”

“When you buy good quality shoes, you can repair them 2-3 times, which saves you money and is good for the environment,” says Canul. “And you are supporting a local family, so I can feed my children.” Canul tells me that a pair of Redwing work boots, for instance, costs over $300 new, and a used pair can be brought back to almost-new condition for around $135 — a savings of around 40%.

Canul doesn’t have any employees, but acknowledges that he needs some, particularly since the loss of Tate’s has bolstered his business. For now his turnaround time for repairs is 2.5 weeks. “The quality of my technique and skills just keeps getting better. I work smart, not fast. Give me time, and I can do a good job for you.”

Another family legacy business, the Ramos family has been cobbling in Healdsburg since 1974. George Ramos’s grandfather was a shoe maker in Mexico in the early 1900s, making “everything by hand from the bottom up, design and all.” When Ramos’s family came to the U.S., his father worked in manual labor before George’s high school English teacher, Mr. Murphy, loaned him the start-up funds to open his own cobbler shop.

Also a one-man show, turnaround time at Ramos Shoe repair is one week for major repairs, but minor repairs can often be done same- or-next day. Ramos tells me, “This doesn’t feel like work, it’s more like a hobby. By the time I get here it is already time to go home, the day goes by so quick.” Ramos’s father is now 93 years old and is thrilled that his son is carrying on the family’s tradition: “He tells me every day that he’s proud of me.”