We’ve all seen the painting. It hangs in local galleries and on restaurant walls. You’ll find it on business cards for real estate companies or framed in homes. It’ll even appear when you google “Sonoma County painting.” And while it may come in many colors and styles, crafted by a myriad of artists, you’ll know it when you see it: rolling hills, green or gold, the lopsided skeleton of a redwood barn held aloft only by the strength of a few nails, a cow here, goats there, an apple orchard past its prime, a rusted tractor or an abandoned water tower.

This agrarian idyll has sold Sonoma County for generations, to pioneers and back-to-the-landers, to retirees or to the pandemic- fueled exodus from Silicon Valley. Whether visiting or putting down roots, whether they land in our cities, towns, or off the beaten path, this idyll continues to allure.

But in all these landscape paintings one thing is almost always missing: people. 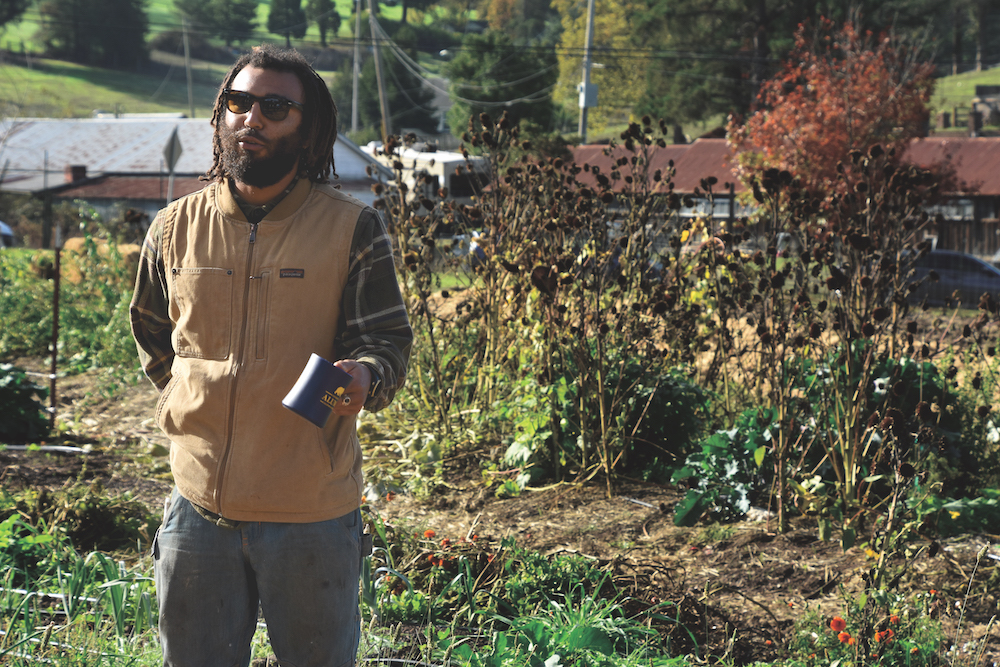 When Jibril Kyser arrived in Sonoma County two years ago, it was the abundance of all that underutilized land and agricultural infrastructure that drew him in. Having spent the past few years in the more crowded reaches of the East Bay helping establish community gardens and smaller farms, he’d resolved to make a life of tending land, growing healthy food, and feeding people, especially communities of color who lack equitable access to both land and food. Descended from Black southern sharecroppers who fled the Jim Crow countryside for cities up North, Jibril, now a farmer, even adopted a new name: Li’l Okra.

He came to Sonoma County for a golden opportunity: eight acres of fallow land on the outskirts of the town of Cotati, just like any you might find depicted in those paintings. With a background in agroecology—what Jibril defines as “using science and indigenous knowledge to grow food and care for land and community”—he caught the attention of Merlin Coleman. 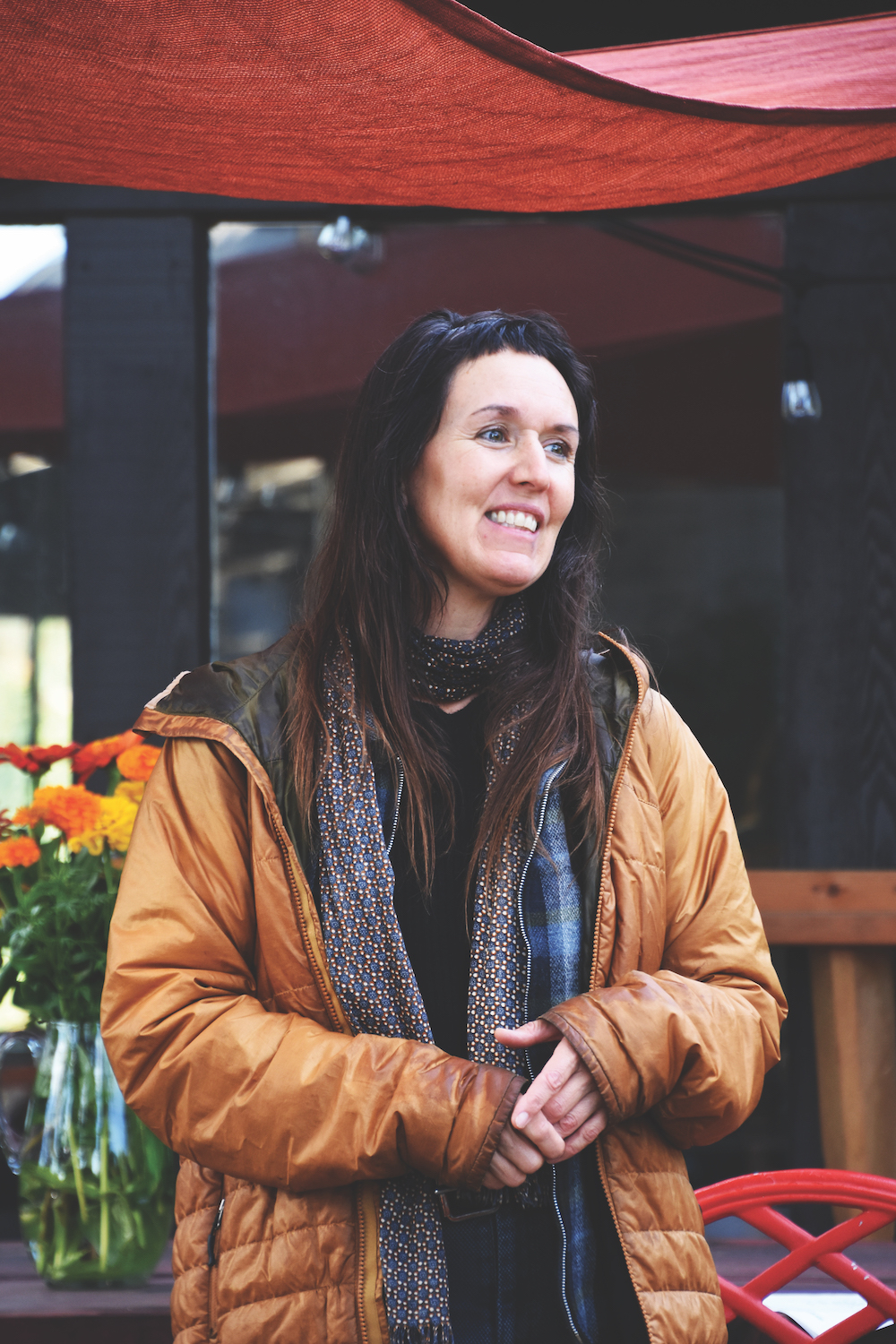 Merlin grew up on this land and as a child always dreamed that one day it would overflow with fruits, vegetables, and eggs. But when she discovered music, life pulled her in a different direction and away from Sonoma County. Decades later, the death of her mother brought Merlin back. The town had grown since then; on one side, new housing developments butted up against her family’s rural plot, but from the other, the view still exudes that agrarian idyll. And it was that nexus, straddling town and country, farm and neighborhood, that, to both her and Jibril, felt perfect. Merlin’s childhood dream reawakened and with Jibril, in search of soil to put down roots, a partnership was born.

They bought a tractor, built a tool shed, and worked the land that after decades of lying fallow was hard as rock. He planted cover crops to rejuvenate the soil. They even began the paperwork for organic certification. All winter Jibril picked out seeds, plotted crop rotations, and drew up plans for a produce box subscription. He envisioned a farm-stand for locals as well as providing food to communities of color back in the city. When spring arrived, Jibril got back onto the tractor and mowed down the cover crop. He was ready to plant.

That’s when the call came. The city had received a complaint from a neighbor. Perhaps it was the noise, the smell, the occasional truck delivering compost. Whatever it was, it was enough that city staff informed Merlin that despite the county’s “Right to Farm” ordinance, her property was within city limits, zoned “Residential Very Low Density” where, according to the books, commercial agriculture is forbidden, as it is in most of town.

“Legally, we could grow as much food as we wanted,” says Jibril. “We can run that tractor, not to mention lawn mowers and leaf blowers and dirt bikes, but we can’t farm if those crops are gonna end up at market.” 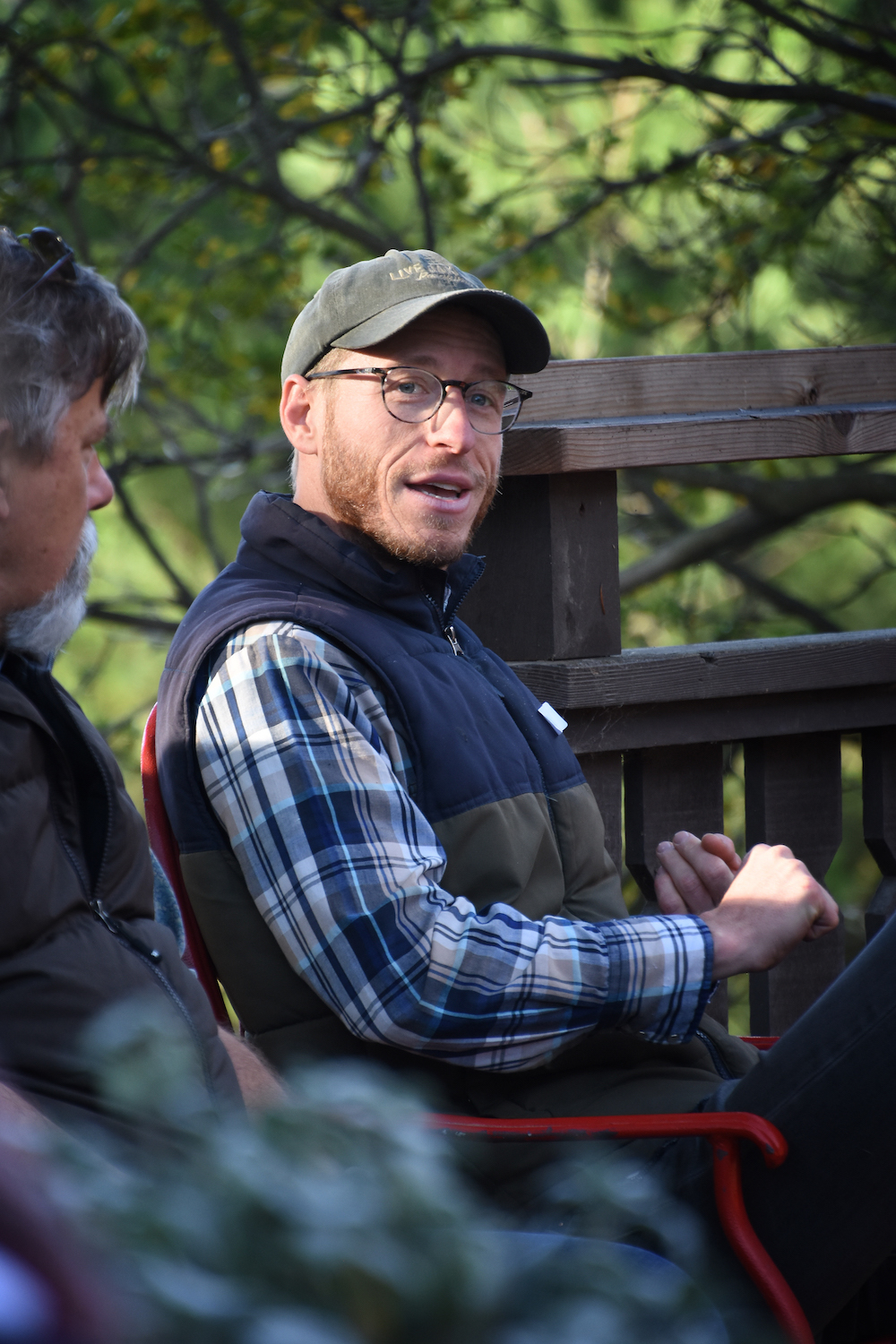 By the time Merlin and Jibril realized the whole ordeal wasn’t just a misunderstanding, seedlings had already sprouted. “We wasted a lot of food that year,” he tells me. They did their best to donate as much as they could. Once, Merlin recalls, Jibril drove down to the city with half a ton of tomatoes for families in need. A good deed, but not one to sustain a livelihood.

“I look around my neighborhood,” says Merlin, “at all the empty fields and just think about how much food could be growing there.” For Jibril, it would also mean sustaining himself and others like him in the process: “There’s so much opportunity out here, so many livelihoods that could be created for young folks who wanna work the land.”

The incident caught the attention of local food advocates, from UC Extension to the nonprofit organization Community Alliance with Family Farmers (CAFF). They arranged meetings between Merlin, Jibril and city staff to explore changes to the code. At the time of writing, having heard their story, city staff are proposing changes to Merlin’s property and any others zoned Residential Very Low Density, Rural Residential and Open Space, changes that allow commercial crop production by-right, greenhouses, poultry at 12 birds per acre, and farm stands with a minor use permit.

While Merlin feels hopeful, the process will likely take months and it’s unlikely to resolve before growing season. Whether Jibril can afford to wait is yet to be seen.

And even if farming will be made legal on Merlin’s property, the city’s proposed changes stop short of allowing commercial agriculture on other zoning designations, accounting for the majority of properties in town. While many at the city have expressed support and hope to see the farm on Merlin’s property succeed, city staff explain that anything beyond their proposed changes would likely require more residents speaking up in favor of urban agriculture. But for now, said one city planner, “I think Cotati prides itself on maintaining the neighborhoods as they are.” 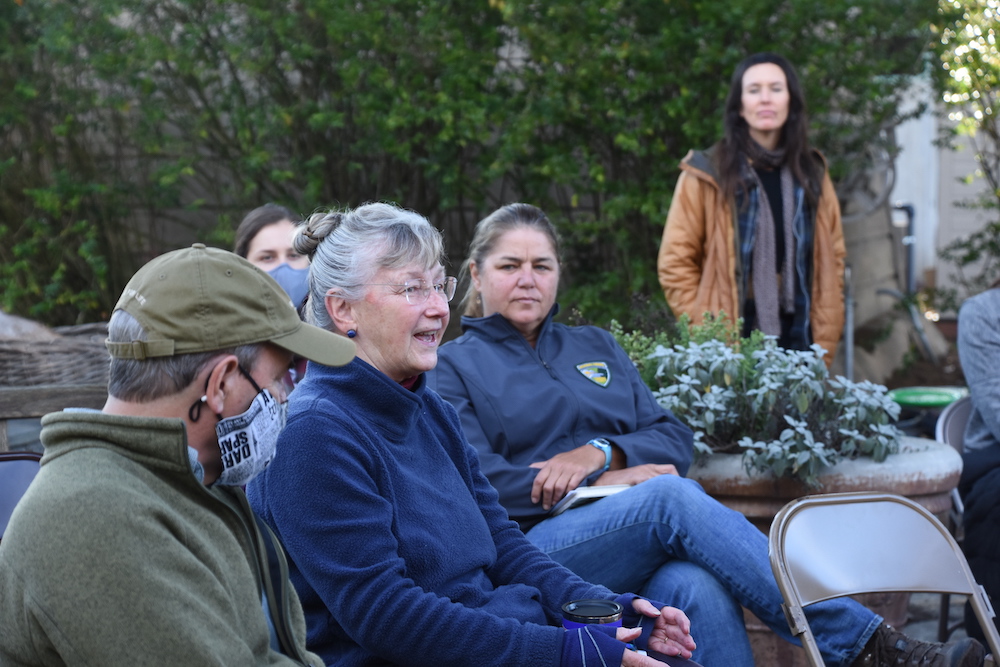 Cotati’s restrictions on urban agriculture are not unique. To the north, Santa Rosa’s codes likewise forbid agriculture in all but the most rural zones, and even then, only with permits. To the south, Petaluma Bounty, a two-acre nonprofit farm, is heeding the warning of Jibril’s saga, pushing to reform Petaluma’s codes. And in Sebastopol, the Leland Street “Country Club,” a small farm near the center of town, has had to find creative membership-based loopholes to operate what might otherwise be seen as a beloved community farm stand.

Meanwhile, cities like Sacramento, with a population greater than all of Sonoma County combined, have trail-blazed urban agriculture to allow the legal growing and selling of food anywhere, regardless of zoning. In fact, Jibril grew up there, surrounded by a movement to legalize farming in the city. According to Paul Towers, Executive Director of CAFF, five years into enacting their Urban Agriculture Ordinance, “the sky has not fallen.” Towers, who helped write the Sacramento ordinance, describes farms popping up in both urban food deserts and suburban backyards, and farm stands in driveways that accept cash, credit and even food stamps. While their ordinance is not without limits—noise must cease after 10pm and, to the dismay of some, goats are a no go—overall “the worst case scenarios that gave city planners pause have simply not come to pass,” said Towers. “Instead, the ordinance has incubated new and more diverse farmers while increasing access to fresh food for all.” Back in Cotati, Jibril points out that while “a couple Black folks with dreads and Afros on tractors” may not have fit with everyone’s idea of the town’s character, he also recognizes a broader trend of separating communities from food production. “It’s about outlawing agriculture at a smaller scale,” he says, “coercing folks to sell their land to development.” Merlin adds: “There’s just a faith in that bigger, centralized system. And an idea that small farms aren’t on the road of progress.”

But for every disgruntled neighbor, they say, there are countless others who’ve supported them along the way and who will be disappointed if their rumored farm stand doesn’t open for business this summer. “People need to participate in their food system” says Jibril, whether as a farmer like himself, a landowner like Merlin, or as a resident buying locally and advocating for reforms that ensure everyone has a right to grow food for their community, and make a living doing so.

For Jibril, that ubiquitous landscape painting, whether out in the sticks or encroached on all sides by sprawl, would be so much more beautiful with people out busy in those fields. 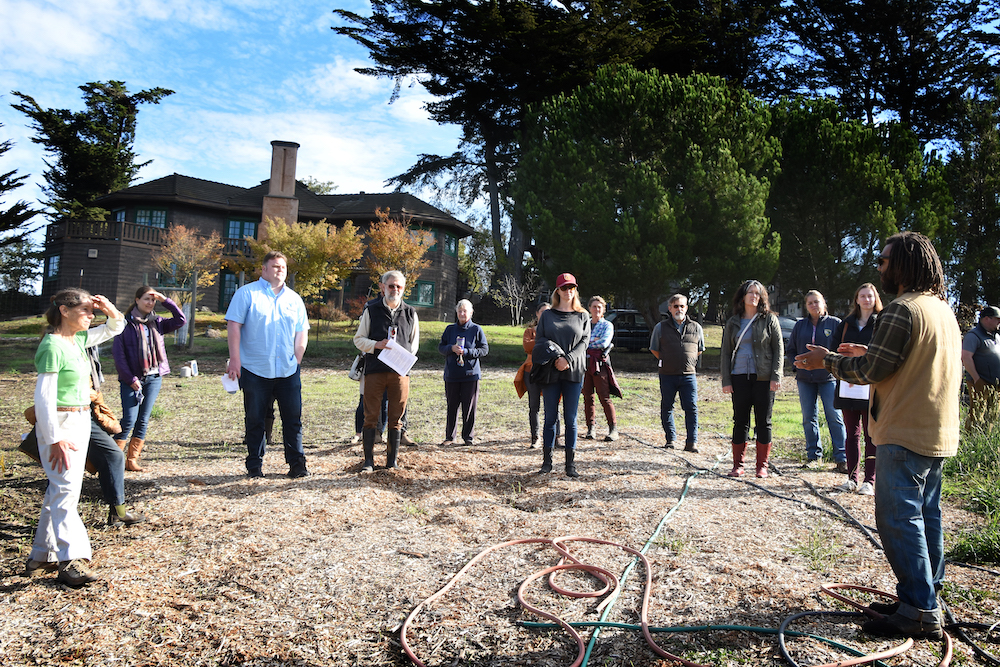