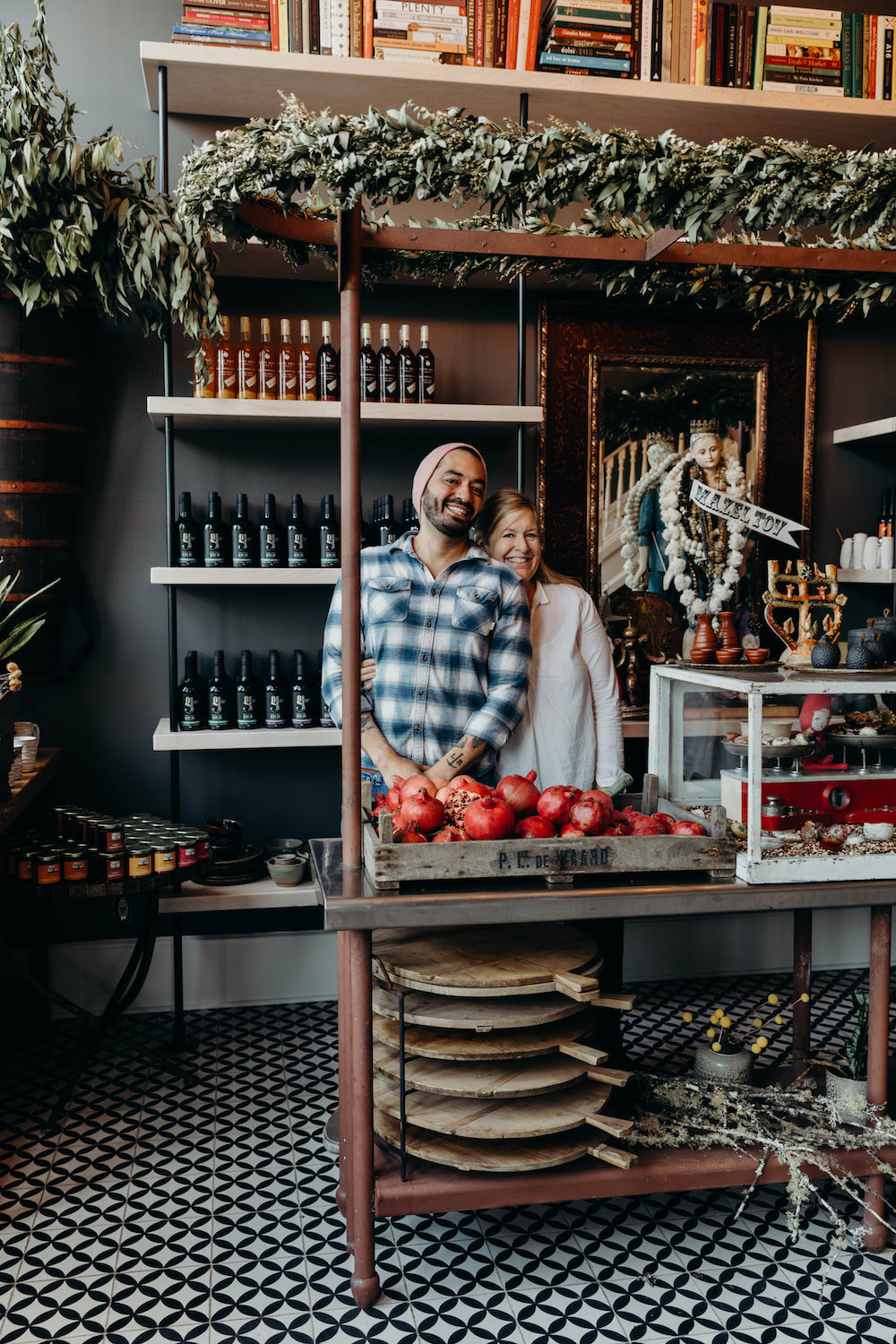 Kim Bourdet, creative director of The Pharmacy, gives a taste of what to expect at her new plant-based cafe, The Branch Line, opening in Railroad Square this holiday season.

According to Kim, “The mission of the cafe is to create plant-based food made in-house highlighting ingredients from our Sonoma County farmers and purveyors. The center lobby has been transformed into a mercantile filled with products from Golden Ridge Organic Farms, Little Apple Treats Organic Farm, Sabor de Salsita, Calistoga Pottery, and house-made dried or fresh pasta. We cannot wait to share a little bit of magic with you.”

TEA PREP
• Steep 1 teabag in hot water for 4 minutes
• Once steeped, remove bag and set aside until cool

• 500g cane sugar
• 2 -3 drops vanilla extract
• 1 pinch of sea salt
• Add lime husks to large container. Pour sugar over the husks and muddle the sugar into the citrus to release the oils. Cover and leave in cool place overnight. Next day add the water or tea and stir until the sugar is dissolved. Let it marinate for up to an hour. Strain off the liquid using a large strainer and coffee filter or cheese cloth into another container. Once strained, pour cordial into a bottle, seal and date. Store in refrigerator for up to a month.

DIRECTIONS
• Add all the ingredients to a 16oz mason jar.
• Add only a couple cubes of ice. Seal jar.
• Shake hard and quick (around 3-4 seconds) to mix and chill with minimal dilution.
• Remove lid and strain elixir into a coupe glass or into a rocks glass over ice.
• Garnish with a thinly sliced dehydrated organic pomegranate.
Recipe created by mixologist Danny Ojinaga for The Branch Line 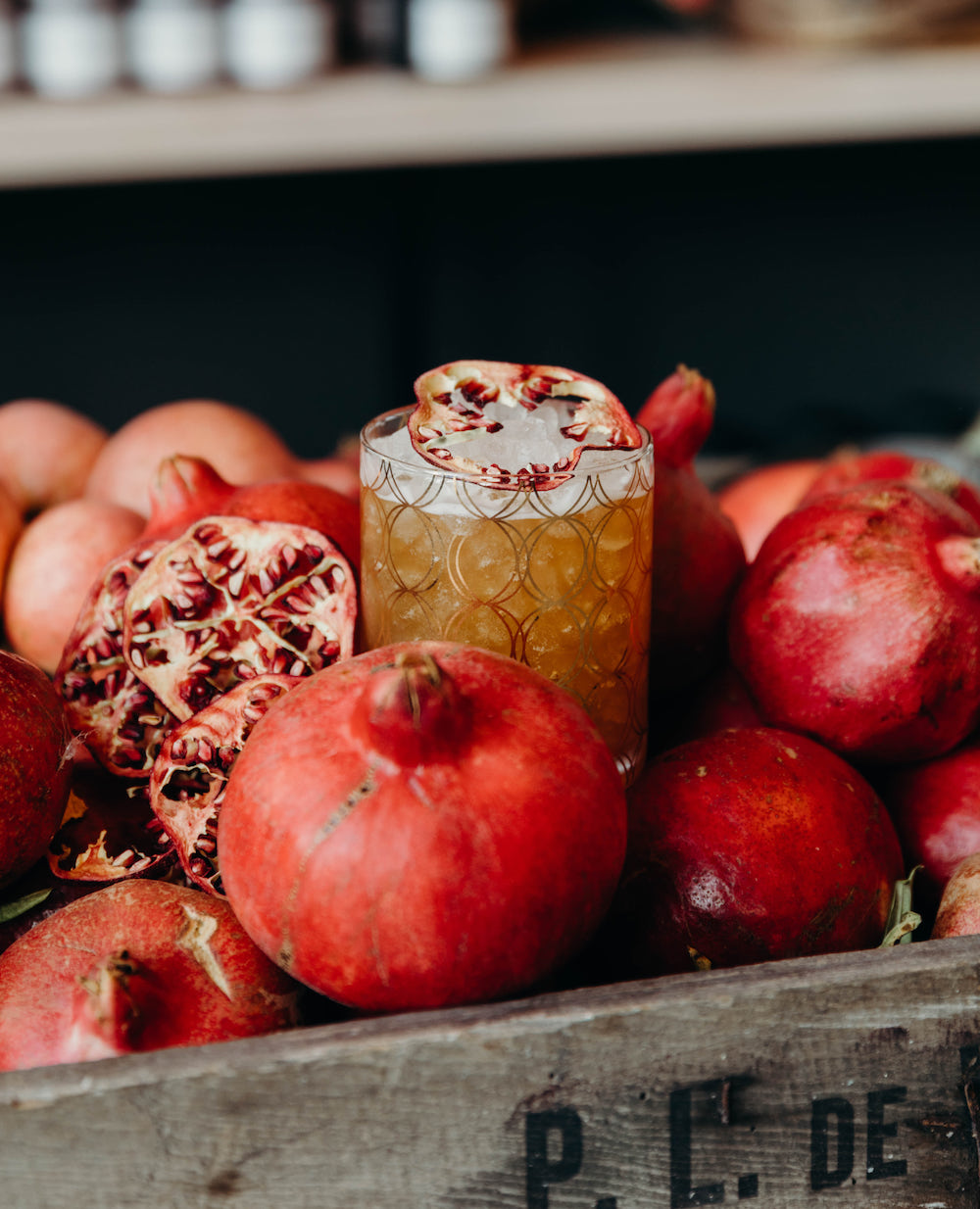 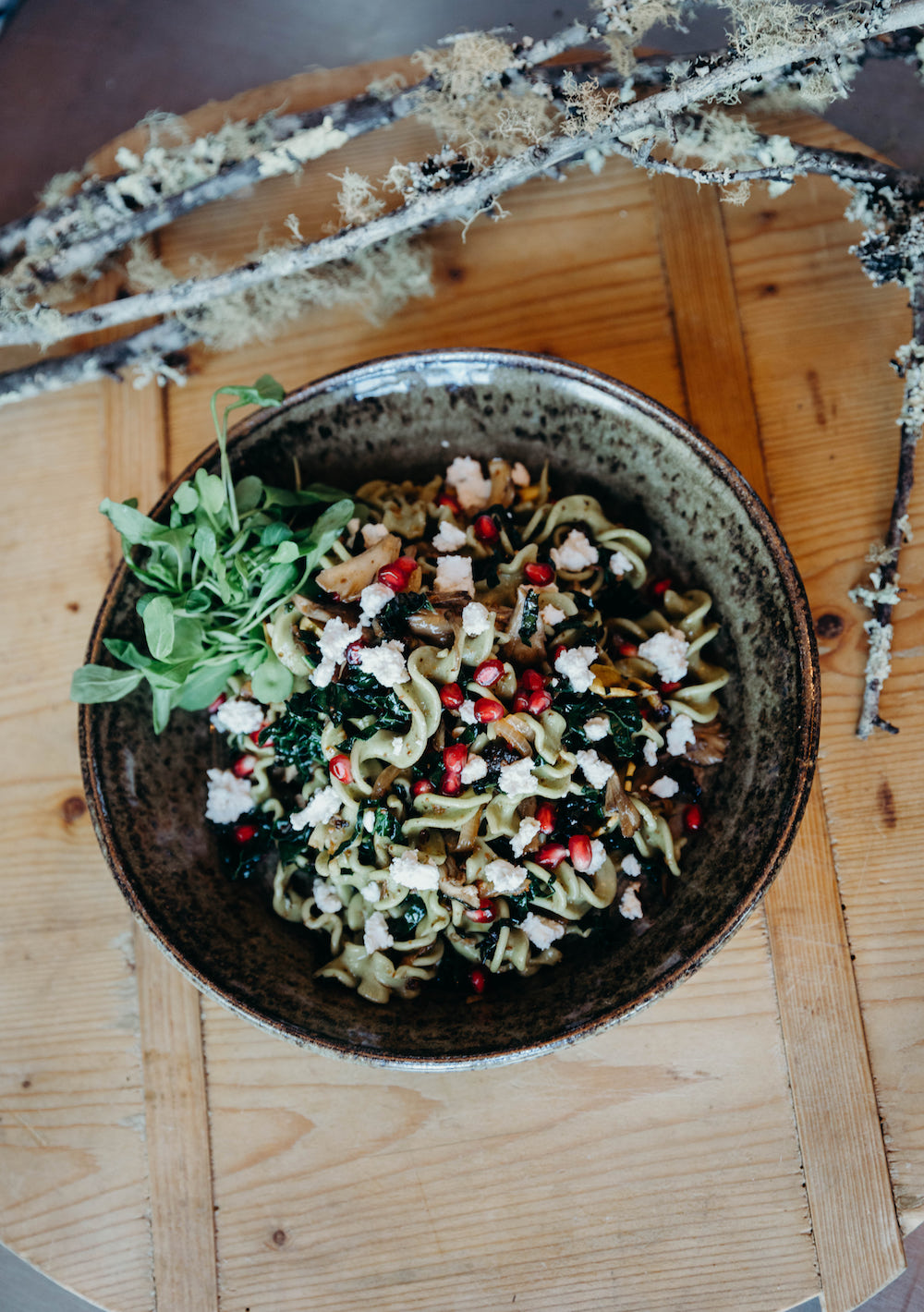 DELICATA SQUASH PREP
• Preheat oven to 400 degrees.
• Cut delicata squash as thinly as possible. We cut the whole squash in circular rings.
• Remove all seeds from each squash circle.
• Lay on baking sheet on top of either parchment paper or silpat.
• Drizzle with cooking oil of your choice, sea salt flakes, and pepper.
• Cook until fork tender (about 5-7 minutes) and allow to rest to room temperature.

ONIONS PREP
• Cut yellow onion into thin slivers.
• Heat a pan over medium heat.
• Once hot, drizzle pan with cooking oil of your choice.
• Put the onions in the pan and cook slow and low until tender.
• Remove onions from the pan and set aside.
• Season to taste with sea salt and pepper.

MUSHROOMS PREP
• Once onions are removed from the pan, add mushrooms to pan and cook over medium heat.
• Drizzle with cooking oil of your choice.
• Flash cook to tender (they cook quite quickly so keep an eye on them).
• Remove from heat and season with sea salt flakes and pepper.

KALE PREP
• Once mushrooms are removed from pan, add kale to pan and cook over medium heat to soften the kale.
• While still cooking, drizzle kale with a teaspoon of the Pinot Noir Apple Cider Vinegar or any apple cider vinegar you have on hand.
• Remove kale from pan once softened.

PASTA
• Bring a pot of water to a boil.
• Once boiling, add a tablespoon of kosher salt.
• Drop pasta into the boiling water and cook 4-7 minutes or until al dente/cooked to your liking.
• Remove pasta from boiling water and put into a bowl of cold water.
• Once cool, put pasta in a large serving bowl.
• Add your room temperature onions, delicata squash, mushrooms, kale, and seeds from one pomegranate.
• Toss well with 3-4 tablespoons of the Salsa Macha.
• If you want a bit more acid, add in some of the Pinot Noir Apple Cider Vinegar to taste.
• Top with your favorite plant-based cheese. We topped with a bit of almond ricotta and micro arugula from Earthworker Farm in Sebastopol.