James Knight on the possibilities and pitfalls of vineyard-hopping.

Back in 2019, I planned an ambitious hiking trip that I’ll call “The Great Wine Country Trek that Sort of Was, and Mostly Wasn’t.” Like many a fiasco, it began as a really great idea. 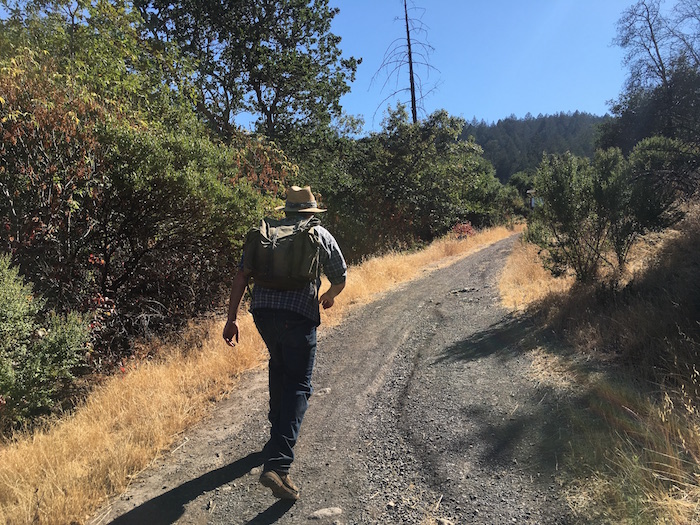 I was approaching a major milestone (some call it “the new 40”), and I was diligently working at becoming debt-free by that birthday for the first time since at least the Great Recession. I wanted to celebrate by going big, but going solo, with an epic, reflective ramble on one of Scotland’s great cross-country pathways, like the 134-mile John Muir Way. I’d get fit while finding myself and sampling a lot of single-malt whiskey—the best of three would do. But as the big day drew near and I eyed my bank account, I realized that a trip abroad would have to wait for a more fortuitous time—Spring of 2020, say.

I was still determined to get out of the house and hit the trail on a severely restricted budget. But what trail? Why isn’t it possible to stroll from town to town, round-trip from Sonoma County to Napa Valley, through this region’s natural beauty, without having to shuffle along the roadway against a constant stream of noisy, dirty, and dangerous automobile traffic? Or is it? Perhaps I could make my own trek, and make it local.

I got inspiration talking with Craig Anderson, executive director at LandPaths, who told me he got a similar wild idea while in his 40s. He called it “market to mountain,” an unmapped 14-mile expedition from the Costco parking lot at Santa Rosa Marketplace to Kenwood over Sonoma Mountain. Now, he works to acquire parcels for the nonprofit conservation organization which might, in part, serve to connect conservation lands, parks, and other wild lands in a countywide route from the town of Sonoma to the Pacific Ocean. 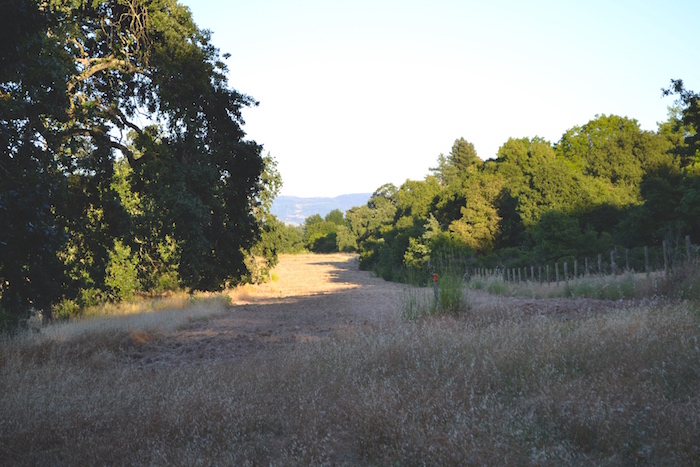 Imagine a trail that’s open to all wanderers, where dusty backcountry campers mingle with bed and breakfast travelers. “It’s a terribly exciting concept to us,” Anderson says, “and one that we think has huge promise for all sorts of positive outcomes.”

For locals like myself, says Anderson, “It might take you 12 days or so, but you would have a memorable experience of walking across your home landscape. It’s a chance to get to know your region in a way you can’t get to know unless you walk it.” LandPaths offered previews of such a trip, before COVID-19 restrictions, which they called “Trek Sonoma,” multi-day hikes from Monte Rio to the coast.

I also recalled the cryptic suggestion of a winemaker (after some wine) that a person has no problem hiking from Napa Valley over the Mayacamas to Sonoma Valley, if one knows the right gate codes. So I came up with a plan (not endorsed by any public or private entity). On Day One, I’d step out my front door, walk along a completed section of the SMART multi-use pathway to downtown Santa Rosa, cross town with a preview of the proposed Southeast Greenway that, it is hoped, will connect future hikers to Trione-Annadel State Park, and on to Kenwood. Days two, three, and four, maybe five, would see me in Sugarloaf State Park, where I’d find my way to Napa Valley, and back again, via parks, roads, and…various routes, where one winemaker sympathetic to the scheme offered to show me the way; another would look the other way. 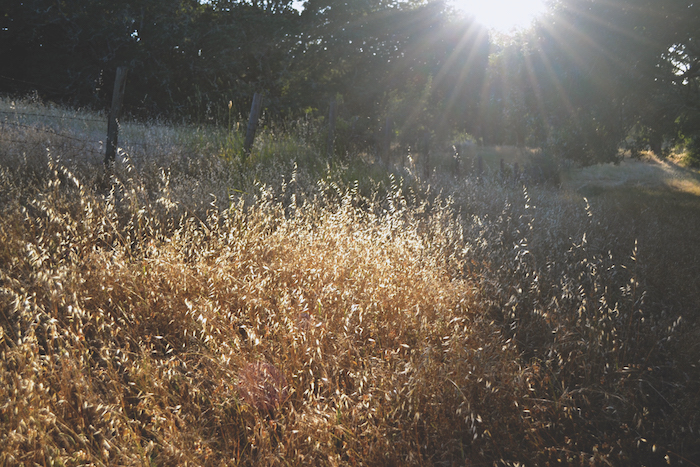 Reality turned out a bit different.

I was seeing my familiar hometown with traveler’s eyes already as I crossed Santa Rosa’s Julliard Park, where a crowd gathered around the bocce ball court cast long shadows in the soft, evening light. I made my basecamp at the revamped “mid-century modern” style Astro Motel, which impressed me as a prototype of the kind of eclectic but comfortable trekker’s lodging one would like to encounter along such a route, with an oasis-like courtyard and their own guide to local “makers” placed helpfully in each room.

The Dierk’s Parkside Café breakfast-fueled stroll from Luther Burbank Gardens to the trails of Trione-Annadel was going really well, until sometime after mile 12—about the suggested distance of a day on the John Muir Way—my feet began signaling their discomfort with the rest of the plan. Imagined routes turned out to be blocked, and I had to just sit down and purposefully weep for the folly of it all.

I emerged from a steep and thorny creek bank around mile 15, blisters-a-go-go, and stumbled toward Kenwood. Fortunately, the bartender at Palooza Brewery & Gastropub makes a decently strong gin and tonic at happy hour; unfortunately for me, I’d failed to secure lodging in town, and had a few more miles to go. 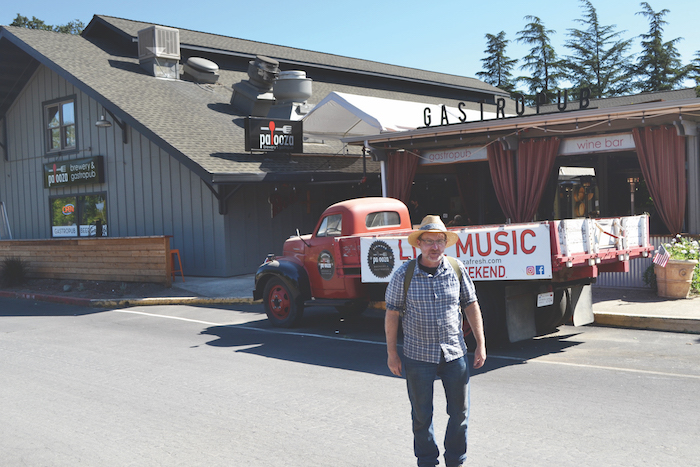 I’d have done better to book a trip with Wine Country Trekking, a Kenwood-based travel outfit that has, since 2007, offered “hiking from inn to inn,” co-owner Sheila Taylor tells me, “European style—where it’s much more common.” They would have dropped me off at a trailhead in the park, with detailed maps in hand and access to special routes—no grasping at blackberry canes on a creek bank—and booked a room at a luxury accommodation in town.

As it was, I had the opportunity to envision the proposed Sonoma Valley walking and bike pathway along this route, how much nicer it will be than the coarse ditch I was traversing. Sonoma County Parks is currently studying the preliminary engineering for this section of the path.

At the end of more than 20 miles, I plunked myself down in an Adirondack-style chair, that, a little like in Craig Anderson’s vision of high-end hiking destinations, had been made from recycled wood—an old fence post line that no longer served a purpose—and at last rested my all-but-defeated feet. I hadn’t worked up to this, and I’d gone one unofficial trail too far. But looking back, I can at least afford myself the luxury of pontificating: Suppose we remove a few feet of fence line here and there, and re-purpose a few throughways in Sonoma County to journeys of discovery, recreation, and wine tasting along the way—wouldn’t that be a grand plan?

On the Silver Seas with Shane Lucas of Fishetarian