Pandora Thomas and the Promise of Earthseed Riding on a wicker throne, Frances Louise Thomas, 81 years of age, is carried out from beneath an unseasonably hot sun by four young men to the shade of a mother willow tree. A dog and cat kick up dirt at their feet while a hawk circles above. Only a week past the Equinox, the orchard around them explodes with peach, cherry and pear blossoms.

Daughter of South Carolina sharecroppers, Frances knows hot days on the farm. But today she’s 3,000 miles from where her parents once tilled someone else’s land. On seven newly-purchased acres outside Graton, California, she watches as her daughter Pandora assembles a circle around them: young black activists from Oakland, New York and Atlanta, a few local farmers in dirty boots, musicians from nearby Santa Rosa, and a native Pomo ecologist and educator.

This is not your typical Sonoma County barn party.

“Last night I dreamed I was an earthworm,” begins Pandora, tears forming above a big smile and with Frances beside her. “Digging through the soil of this farm, returning to the earth where we belong.”

Today commemorates the launch of Earthseed, an Afro-Indigenous, Black-owned Education Center and Permaculture Farm. The concept might seem novel. And certainly it does stand out among the white-owned farms nearby. But Pandora stresses that Earthseed is not about inventing anything new. Nor is it about introducing Black and Brown folk to new concepts. It’s about rediscovery, tapping into a wisdom that’s existed for thousands of years. Or as Pandora calls it: “Sankofa.”

Derived from the Akan people of West Africa, the saying goes: “Se wo were fi na wosan kofa a yenki” or “It is not taboo to go back and fetch what you forgot.” While most American families left their agricultural roots at some point in history, for the Black community, that forgetting and, even more so, that taboo of remembering runs deeper. 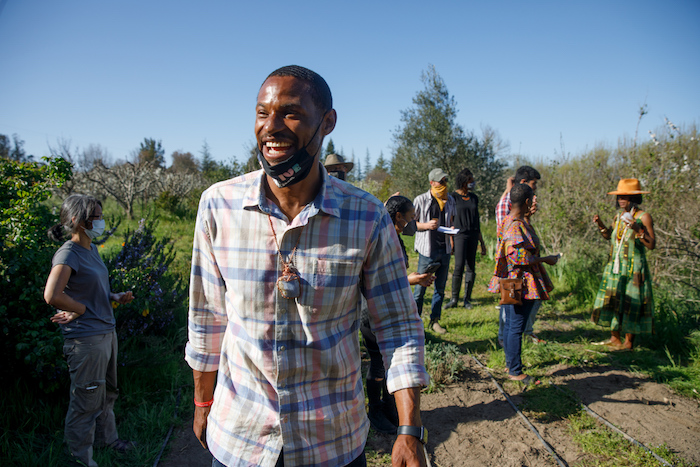 Having flown all the way from Brooklyn, New York, for today’s land blessing is Kamau Franklin, who recalls his own response decades ago when someone first suggested he get his hands in the dirt: “I ain’t doing that slave work!” To a young Black man like him, farming didn’t just belong to a bygone era; it reeked of exploitation, of violence, of submission. Liberation meant escaping the land to which his ancestors were shackled.

Until, that is, he discovered Malcolm X. “Revolution is based on land,” spoke the civil rights leader in 1963. “Land is the basis of all independence. Land is the basis of freedom, justice, and equality.” A century before, newly emancipated slaves recognized this too, accomplishing the unthinkable in a single generation: against all odds, in spite of enduring oppression and the broken promise of 40 acres and a mule, by 1910 Black farmers had taken hold of over 16 million acres of American land, comprising 14 percent of the nation’s farmers. While still far from equality, they’d begun building wealth, power, and sovereignty.

But if this community saw Black power in the land, so too did the guardians of white supremacy.

To stop it, a labyrinth of racist policies known as the Black Codes and Jim Crow, coupled with a reign of white-hooded militia terror, made farming in the South a truly risky business. The largest migration in American history followed, with six million Black people leaving the agricultural lands of the South to seek opportunity and peace–or at least less explicit forms of oppression in the cities to the north. Today Black farmers hold less than 0.9% of American farmland.

“While the land was the scene of the crime, she was never the criminal,” writes Leah Penniman in her book Farming While Black. “Our people mistakenly strove to divorce ourselves from her in an effort to get free. But without the land we cannot be free.” 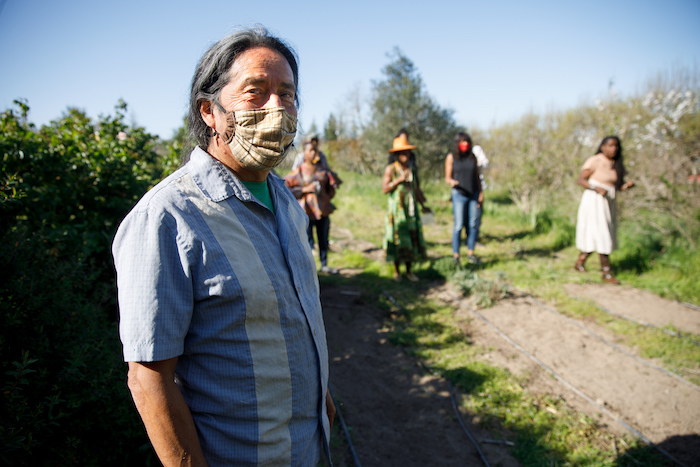 Today, Kamau is the Board President of Community Movement Builders, a national collective of Black people creating sustainable self-determining communities through cooperative economic advancement. Among a myriad of Black empowerment projects, Kamau is giving young people a chance to redefine their relationship to the land. So when his old friend Pandora shared her vision for Earthseed, he said, “How can I help?”

This little farm may be nestled in a quiet corner of West Sonoma County, but Kamau envisions big ripples. “We need successful models,” he says, “and to build a network of these models for Black people across the country, alternative models of cooperative ownership and sustainable economies, to show Black folks what’s possible.”

What’s possible at Earthseed, according to Pandora, is much more than agriculture. Her approach is rooted in the principles of permaculture—applying ecological principles to social design, food production and land stewardship. “How can we be in relationship with this land,” she asks, “as we’ve been in relationship with it for thousands of years?” Co-founder of the Black Permaculture Network and The Urban Permaculture Institute, for over a decade Pandora has taught workshops at permaculture centers, events and conferences. But as she traveled across the country, immersed in a growing movement overrun with hopeful green-thumbed do-gooders, three things became apparent: First, the crowds were mostly white; second, the owners of these spaces–from eco-groovy education centers to land-based collectives–were exclusively white; and lastly, permaculture itself was being presented as something new.

Coined by a pair of white Australians in the 1980s, the concept of “permaculture” offered an alternative for those worried about the extractive and unsustainable nature of conventional agriculture, a set of principles that aimed to replace the goal of short-term yield with a coexistence that can endure for the long run. But in our modern culture obsessed with novelty, reaching a mass audience required marketing permaculture as a discovery, an invention, a new frontier calling upon the ranks of the bold, brave and ingenious. All at the cost of erasure.

“You can take most concepts written about in permie books,” says Pandora, “and find them practiced in traditional cultures. Prior to colonialization, indigenous cultures, in Africa and here in America, survived for millennia by being rooted in these same principles. Colonialism is the urge to own, to name, to copyright.” Erasure is when your ancestors’ ways are sold back to you as something new. But despite the colonialism infused in the word, Pandora has chosen to embrace permaculture. Earthseed seeks to reclaim the concept with Sankofa: cultivating a place where Black and indigenous people can come not just to learn but to remember. People like Jenelyse Woolery. Young, hopeful and called to the land, Jenelyse quit her job at a hotel in New York a few years ago to journey through farms, permaculture centers and eco-communes. She constructed cob houses, grew herbs for tinctures, built spiraling hügelkulturs, and experimented with nature-friendly pest control techniques. But until now, everywhere she went, the owners of the land didn’t look like her. The holders of this knowledge knew little of her culture. Drawn to permaculture, she struggled to see herself reflected in its origins.

Today, at Earthseed, she leads the group from that willow tree to a plot of soil and asks everyone to plant a seed for their ancestors. Here, it’s obvious now that the roots of all that wisdom come not from groundbreaking books, but from within herself, it flows through her veins, from her own people. And in the coming years, Earthseed will host hundreds, if not thousands of others like her, holding them close to Nature where they can learn, reconnect, remember–all without having to leave the Black community.

Back beneath the willow tree, still seated quietly in her wicker throne, sits Frances. The sun dips as a bee passes by between pollinating visits to the orchard. Alzheimer’s has set in for Frances. Throughout their long journey to this place and to this special day, Pandora wasn’t sure whether her mother would make it. But Frances held on. She had to. Returning to the land where, like the earthworm, she too belongs.

To donate and learn more: pandorathomas.com/epc 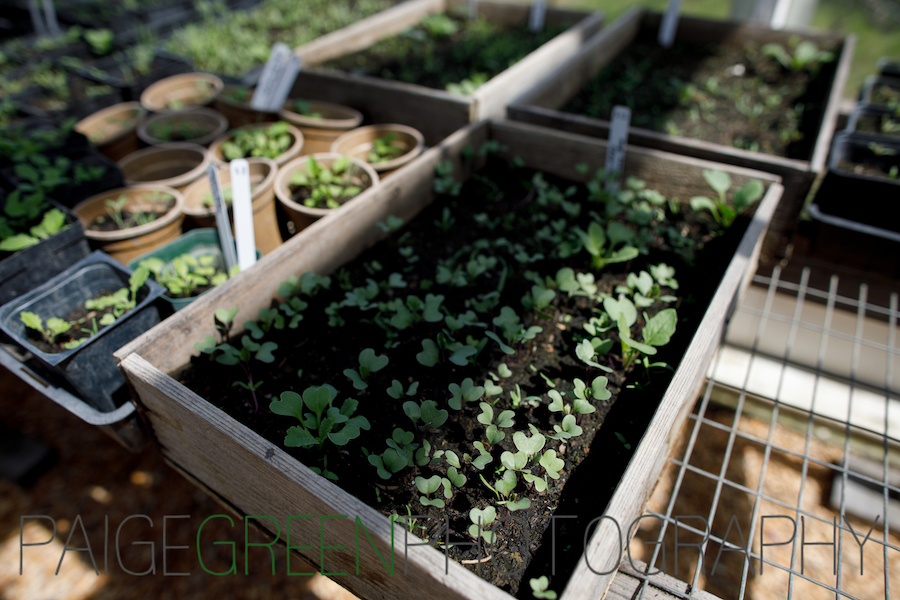 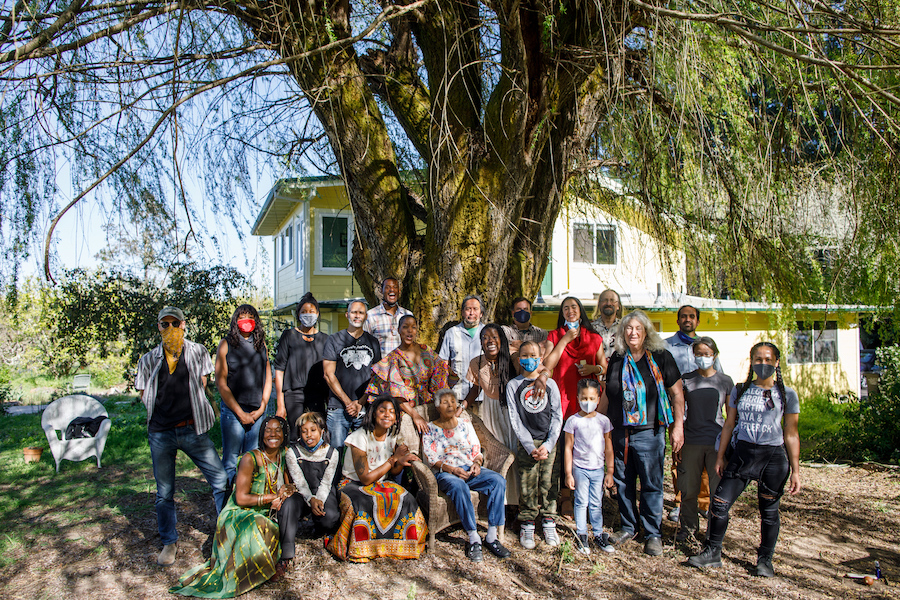 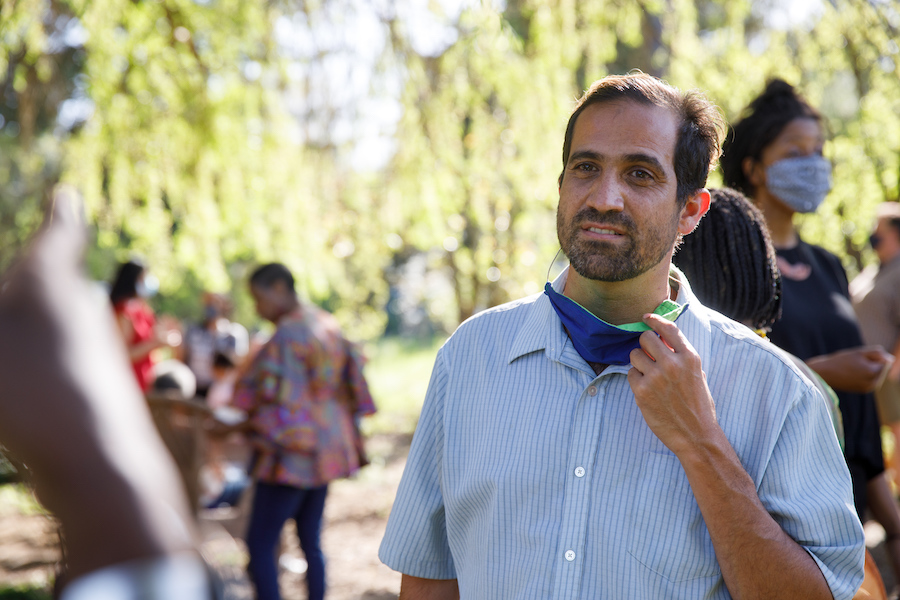 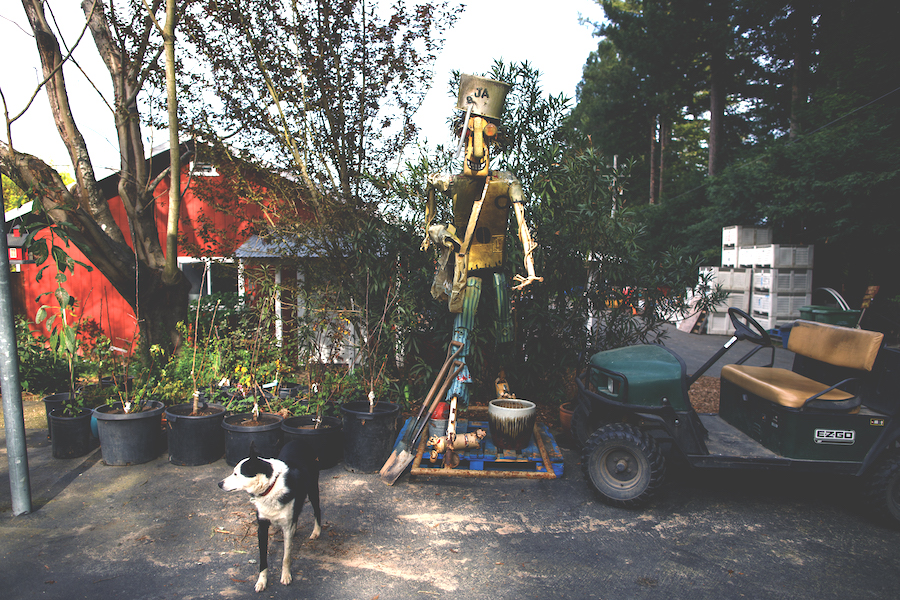