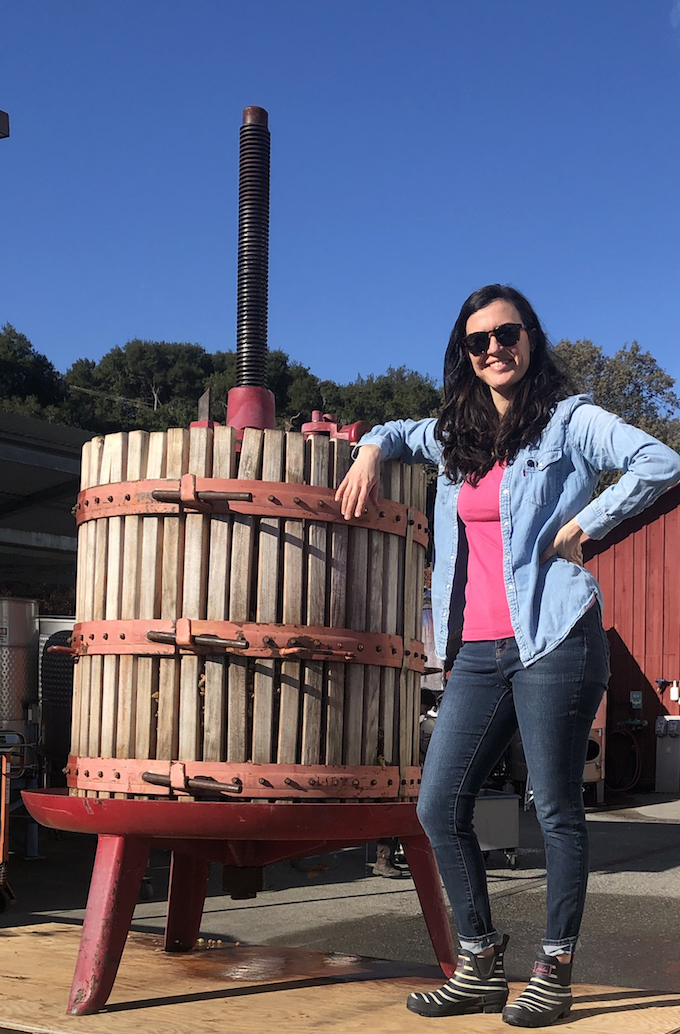 Way too much wine talk is negative talk. Or haven’t you heard a wine praised for what it’s not? The phrase, “This isn’t one of those oaky, buttery Chardonnays” comes to mind. “This is no wimpy, white Zinfandel” is another, but the naysayers aren’t done with Zin, heaping praise by way of scorn when they also say, “This is no big, jammy Zinfandel.”

So it was refreshing for me to taste a Zin blend from Camp Rose Cellars that—besides being nice served slightly chilled—makes knots of all those “nots.” It’s neither rosé nor big red. What it is, is a “lifesaver.”

In French that’s “Sauveteur,” a 2018 Alexander Valley Zinfandel “Rouge” that Camp Rose founder Kaitlin Childers admits is “a sort of in-betweener.” The wine is a field blend of 75 percent Zinfandel, plus Petite Sirah and Carignane, from a vineyard that’s since been cut down to make way for more Cabernet.

Picked at a relatively low Brix of 23.5, treated lightly in the cellar and aged in neutral barrels, this one-off “unicorn” wine is Childers’ unlikely foray into wine entrepreneurship, as it was both bottled and released in the midst of the COVID-19 pandemic. 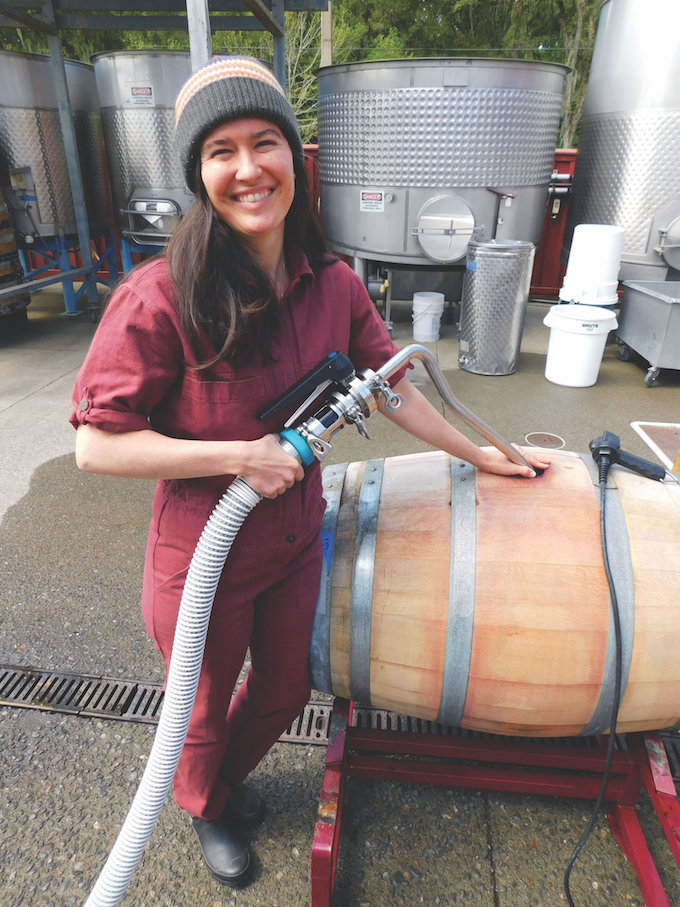 Childers is a sort of in-betweener herself. Born in Texas but raised in the U.S. territory of Guam in the western Pacific Ocean, she left this island community where people greet each other warmly on the street to attend college in Washington DC, where no one says a word while sitting next to each other on the metro. “It was a rude awakening.”

With her degree in international development, Childers worked in fundraising for humanitarian aid. But she hadn’t seen enough of the world up to that point, let alone the United States, and embarked on several years of backpacking and road trips, eventually landing in Healdsburg. She wound up staying in a house that her father (then a carpenter in San Francisco, now an architect in Guam) had built in the early 1980s.

Childers joined her brother, who’d been hired as winemaker at the remote Gustafson Family Winery in the hills above Lake Sonoma, and quickly took to managing the wine club there. “I mean, you’re not selling human rights anymore—you’re selling wine. But it was easy to translate the skill set.” After helping to develop and promote other brands, Childers wanted to start her own. 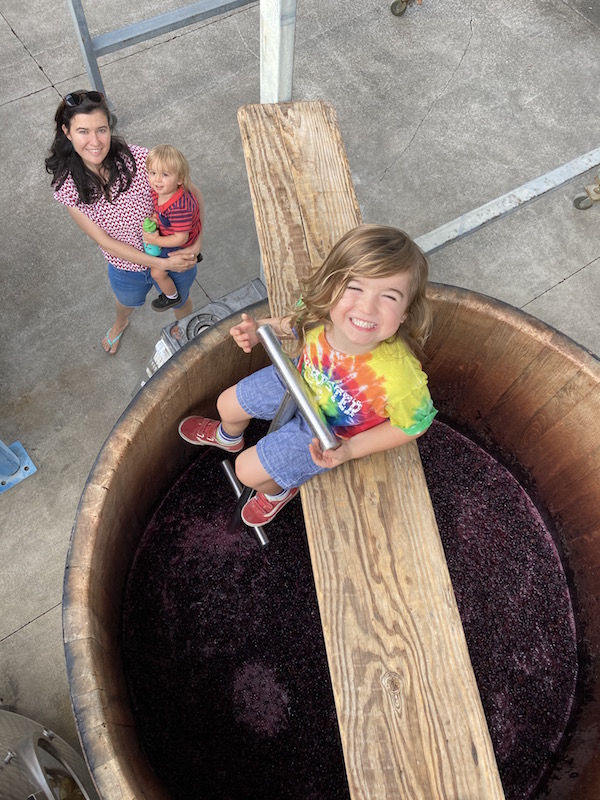 “I noticed how women are often pushed into sales roles, and then how those jobs aren’t paid as well. I wanted to do things on my own terms,” says Childrens, who, with two young sons under the age of five, also appreciates the flexibility of being able to prioritize her family.

“Another thing I learned growing up in Guam, a tiny, impoverished place with a long history of tension between the local community and the U.S. military: you all have to take care of each other. No one else is going to save you.” To that end, she donates 5% of sales of Sauveteur to the First Responders Children’s Fund, and has Corazon Healdsburg and The Roots Fund lined up as future recipients.

Childers’ mentor, winemaker and artist Alive Sutro, sketched the logo for Sauveteur, featuring two celebrating women adrift at sea, clinging to a barrel, and hurray, bottles of wine! Also, they are nude. Although the TTB, the government agency that approves or rejects wine labels, has grown more lenient since the days of Kenwood Vineyards’ nixed “nude on a hillside” label, Childers’ graphic designer suggested preemptive action: “We can try this and lose four weeks, or just take the nipples off.”

Hats off, in any case, to everyone who took a chance on this translucent magenta wine, which is both tart and grippy on the palate, like a burly red and a thirst-quenching rosé all at once. Bold notes of freshly grated black peppercorns fall on chewy cranberry fruit, while a hint of bitter baking chocolate adds depth without oakiness. This is a versatile aperitif wine to match with aged goat and sheep cheese from, say, Bohemian Creamery, along with salame secchi and smoked almonds.

It’s a wine I’ll want to have on hand on Sonoma County summer evenings, when the marine layer comes in to take the edge off of beer weather. Meanwhile, Childers is lining up some possibly one-off bottlings of Grenache rosé and a Cabernet Franc.

“Though my husband has more training in winemaking than I do,” says Childers, “he has no designs on what I do. I get to be more experimental, more creative. I have a lot to look forward to.”

Taste of the Wild