Near the top of Fitzpatrick Lane, a winding, often single-lane road that snakes its way upward through the hills of western Occidental, stands one of the few remaining groves of old growth redwood trees in Sonoma County. The Grove of Old Trees, one of the first purchases by Sonoma County conservation organization, Landpaths is open to the public with free parking and admission, and is accessible to all, even by wheelchair or stroller. An ancient place where time seemingly stands still, this peaceful, 48-acre sanctuary feels as much like a cathedral as a forest, where visitors speak in hushed tones, wearing expressions of reverent awe and wonder. In the 1990s, these trees were slated for logging and some still bear the painted blue lines to prove it. Now, thanks to the efforts of Landpaths and other partnering agencies, the grove enjoys a Forever Wild conservation status, which mandates that the trees never be cut down.

The Grove of Old Trees is just one of five parks and reserves, totaling more than 2,000 acres of Sonoma County open space that Landpaths holds title to, with more expansions and acquisitions on the horizon. Since their inception in 1996, the organization has worked tirelessly not only in their stewardship efforts, but also in their community building. Landpaths’ core initiatives are threefold: rooting youth in nature, branching out conservation for everyone, and growing community with nature. The organization holds regular outings, lectures, events, and conservation work days for their community. 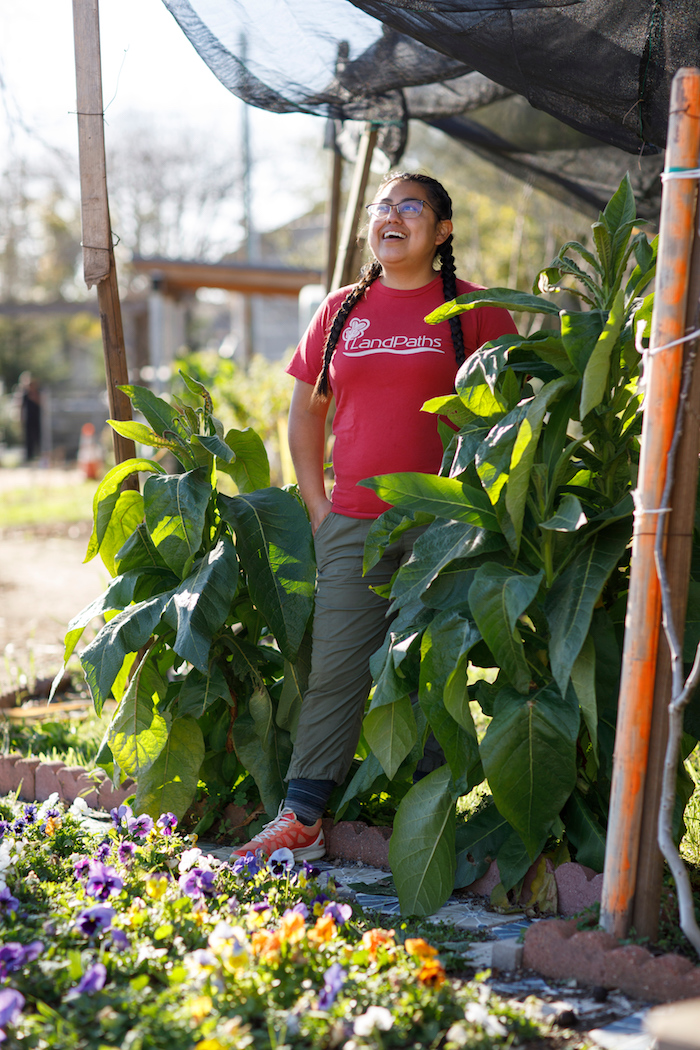 However, around 2010, Landpaths started to grapple with the uncomfortable realization that although roughly 25 percent of Sonoma County identifies as Latinx, very few of them were participating in Landpaths programming.

“We weren’t seeing any Latinos on our outings,” executive director Craig Anderson told California magazine in 2017. “Everyone tended to be white, progressive, and middle to upper-middle class. Our mission is to foster a love of the land, but we were missing a very big part of our community.”

In the summer of 2020, in direct response to George Floyd’s murder at the hands of law enforcement and the subsequent explosion of the Black Lives Matter movement in the U.S., many naturalist and conservationist organizations began to confront the problem that Landpaths had been working on for two decades: namely, the lack of inclusivity and equity in natural spaces. The Sierra Club, one of the oldest and most prominent naturalist organizations in the U.S., publicly decried the overt racism of its founder, John Muir, who is credited with the conservation of Yosemite and Sequoia National Parks and is widely revered as “the father of our national parks.” And to be sure, the legacy of white colonial/settler ideologies that were foundational to the creation, use, and management of American open spaces lingers to this day. Even now, 79 percent of full-time National Parks Services employees are white, as are 77 percent of their nearly 325 million yearly visitors. 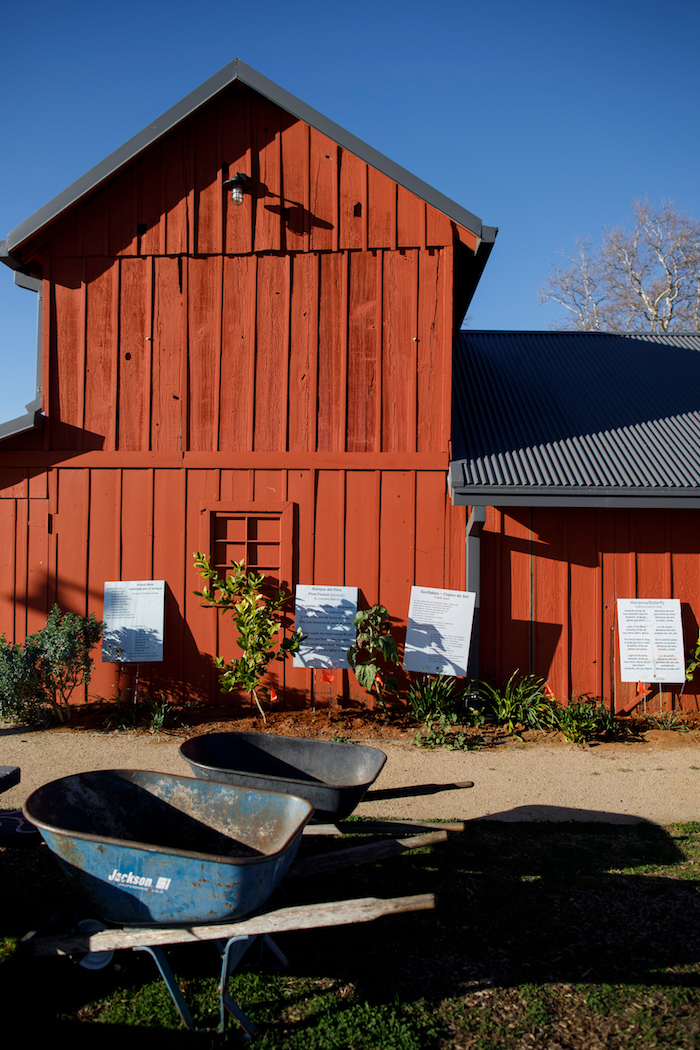 But long before the summer of 2020, Landpaths had hit upon an effective and meaningful solution to the lack of diversity in their programming. Vamos Afuera (loosely translated to Let’s Go Outside) officially created in 2010, serves as a gateway to the outdoors for Sonoma County’s Spanish-speaking community by offering educational programming and outings in their native language. The program is vital to making sure everyone, particularly, marginalized communities, feels like they belong outside and has a space in culturally-relevant and culturally sensitive outdoor experiences.

“Vamos Afuera is one step towards language justice,” says Guadalupe Casco, Landpaths’ Senior Bilingual Field Specialist. “We have a long way to go, but this sets a good example. If everyone can be more mindful of access, not just physical access, but language, that will make a huge difference for our Spanish-speaking community.”

Vamos Afuera initially led four outings a year, which soon snowballed into at least a dozen, and now includes COVID-friendly virtual programming, such as its most recent lecture on local mushrooms in Spanish via Zoom. The demand is so great that, pre-pandemic, every outing had a wait-list.

The first outings were held at Taylor Mountain, but the idea really gained traction with the groundbreaking of Roseland’s Bayer Farm in 2007. Omar Gallardo, New Audiences Manager at Landpaths, describes its location in Roseland as “at the center and a little to the left, just like the heart.” 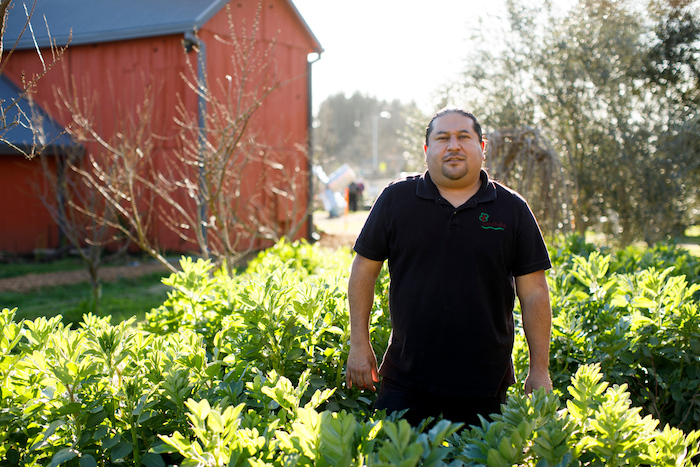 Roseland—the predominantly Latinx and, until recently (annexed in 2017), unincorporated community of western Santa Rosa—was sorely devoid of parks and natural spaces at the time. “Magdelena Ridley, founder of Vamos Afuera, identified the Roseland quadrant as the most densely populated with the least amount of parks and open spaces from the Golden Gate to the Oregon border,” Gallardo tells me, adding, “While many of the neighborhoods in Sonoma County are surrounded by parks, Roseland is surrounded by freeways.”

Bayer Farm is much more than community garden plots. It serves as a hub and gathering place where food and resources are distributed, potlucks and picnics are held, and a sense of community is built. “For many, Bayer Farm and Gardens is their first interaction with our organization and serves as a springboard to children’s summer camps, stewardship opportunities, and our wider programming,” says Casco. Gallardo calls it “a portal to our other preserves and beyond, and an opportunity to develop land and develop love.”

The success of Bayer Farm and Gardens led Landpaths to create a second community garden site at Andy’s Unity Park, the Moorland neighborhood’s newest regional park in southwestern Roseland. Andy’s Unity Park stands as a memorial to Andy Lopez, the 13-year-old Moorland resident whose fatal shooting by a sheriff’s deputy in 2013 sent shockwaves through the community. The park is described by Landpaths as “a place where the Moorland community grows food, tends the land, learns about organic gardening methods, connects with the natural world, and gathers together for positive action and belonging.”

Although the problem of equity in environmentalism, conservation, and access to outdoor spaces is nuanced (with its many variables as insidious as the underpinnings of systemic racism itself), creating programming for Spanish-speakers in their native language eliminates the most obvious and easy-to-address barrier to entry. “It is not a matter of Spanish-speakers not wanting to go outside—that is the biggest misconception,” says Casco. “The interest and desire to participate, to engage, is there. This is about making room, making folks feel comfortable and dismantling a system that was set in place to keep certain people out.” 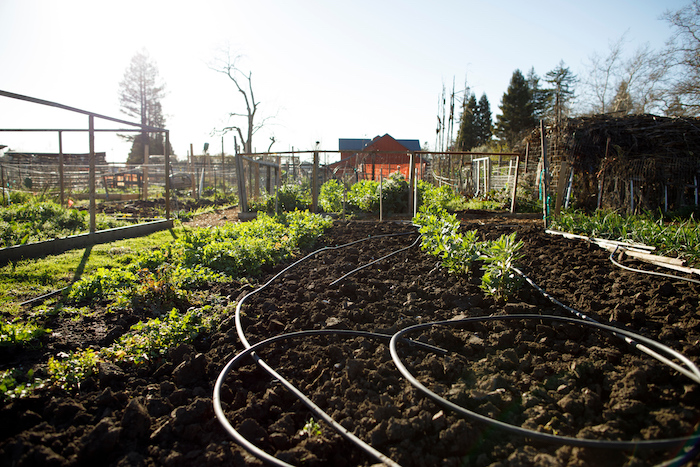 Landpaths’ commitment to addressing these equity issues doesn’t end with Vamos Afuera. Confronting racial justice, power, privilege, equity, and white supremacy fundamentally needs to happen internally. A segment from Landpaths’ upcoming Annual Report explains the process: “In 2020, we embarked on a year of equity training for staff and board. Our commitment to a just, fair workplace and community makes this training essential. Crucially, it will result in a new strategic action plan for being an anti- racist organization. Quarterly reviews will make sure that action doesn’t end with the trainings.”

Casco says, “It is about reckoning, about taking a hard look in the mirror and seeing how we can improve, and how we can be intentional about being more equitable.”

Sonoma County, in particular, boasts some of the most magnificent natural spaces on Earth, with 11 state parks and more than 50 regional parks encompassing nearly 60,000 acres of incredible geographic and biological diversity. Here, we have oak woodlands, redwood groves, riparian zones, rivers, streams, waterfalls, open grasslands studded with lush vernal pools, wetlands that host tiny insects and apex predators, and everything in between. We have rolling hills and towering mountains and the majestic grandeur of the Pacific coastline. We have endangered species and delicate ecosystems that desperately need tending and protecting. The preservation of and access to these spaces is crucial for not only the flora and fauna but also the health and wellness of their human neighbors. All of us. Our relationship with the land is reciprocal, and our love for it grows alongside our proximity to it. 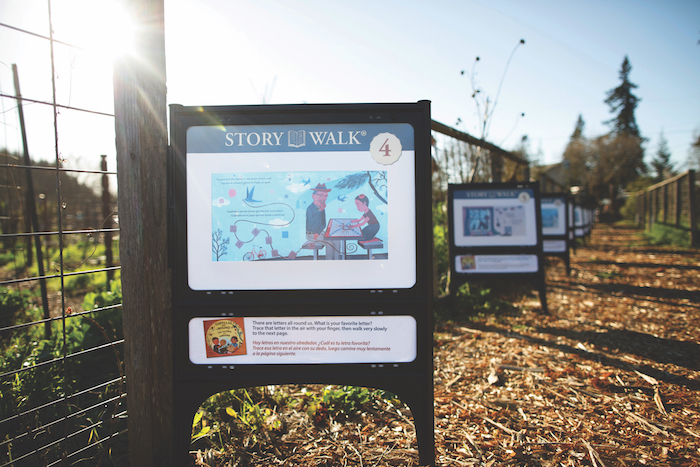 “Providing opportunities to foster a love of land goes beyond straight translation from English to Spanish,” says Gallardo. “I have struggled to find a word in Spanish to explain stewardship to Vamos Afuera participants, but they know it in their hearts.”