Deb Rock likes it hot. But in October of 2017, with hundreds of pounds of freshly harvested chili peppers piled up in the back of her Volvo, a 10-gallon pot of pozole sloshing around in her passenger seat, and wildfires consuming the hills just above her farm, for once, the heat was getting to her. 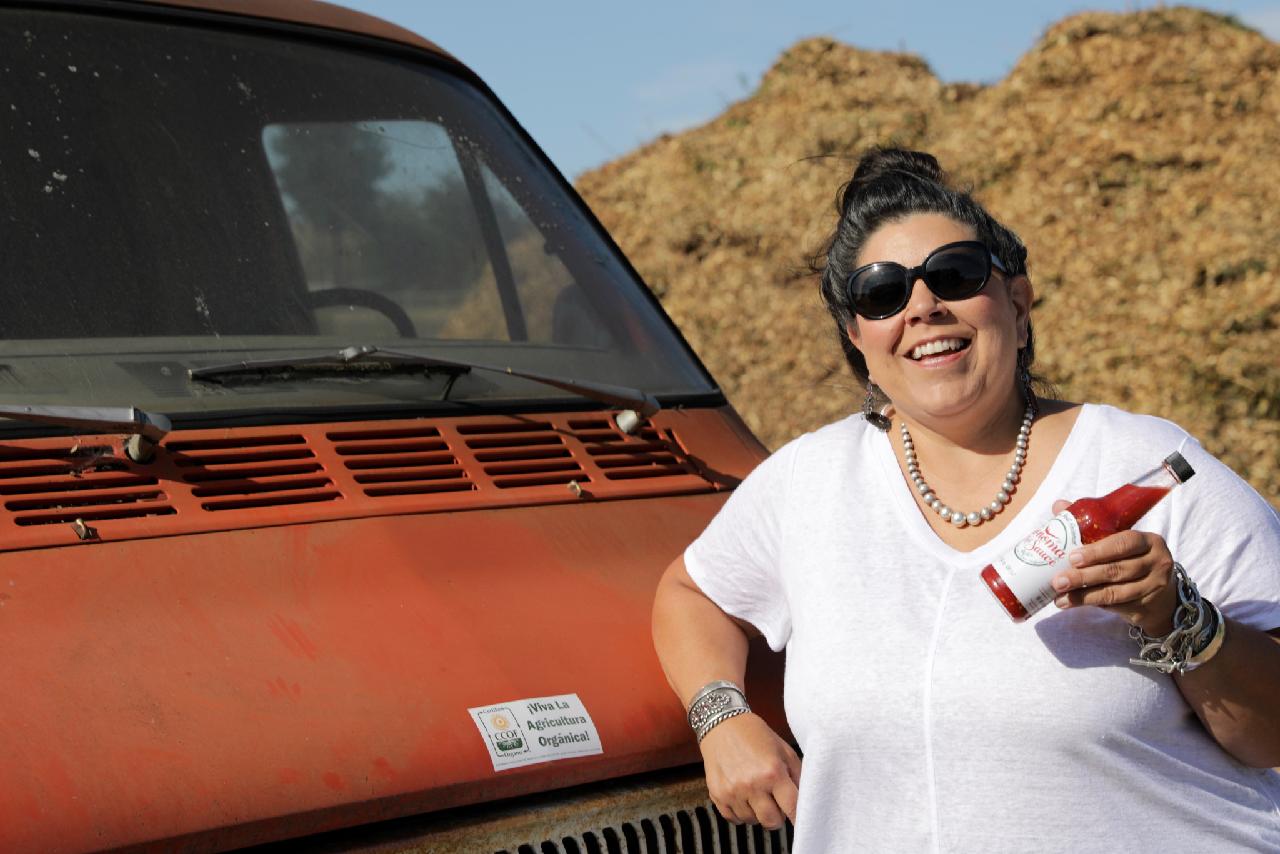 No one said this would be easy. A one-woman, field-to-bottle hot sauce enterprise? She’d been warned by fellow farmers and food entrepreneurs alike that growing, processing, and selling a product like this all on your own in a saturated market where spicy accoutrements can span multiple grocery store shelves was crazy, if not impossible. But be careful telling Deb it can’t be done.

The harvest of 2017, however, was something altogether different.

Breathing in a smoky concoction of incinerated forest, fresh capsaicin, and pozole, Deb was driving frantically around Sonoma County. The commercial kitchen she had lined up for this year’s harvest—by far her biggest to date, 1,500 lbs. in all had been transformed overnight into an evacuation center. She needed another kitchen. But between closures and blackouts, her options were dwindling. 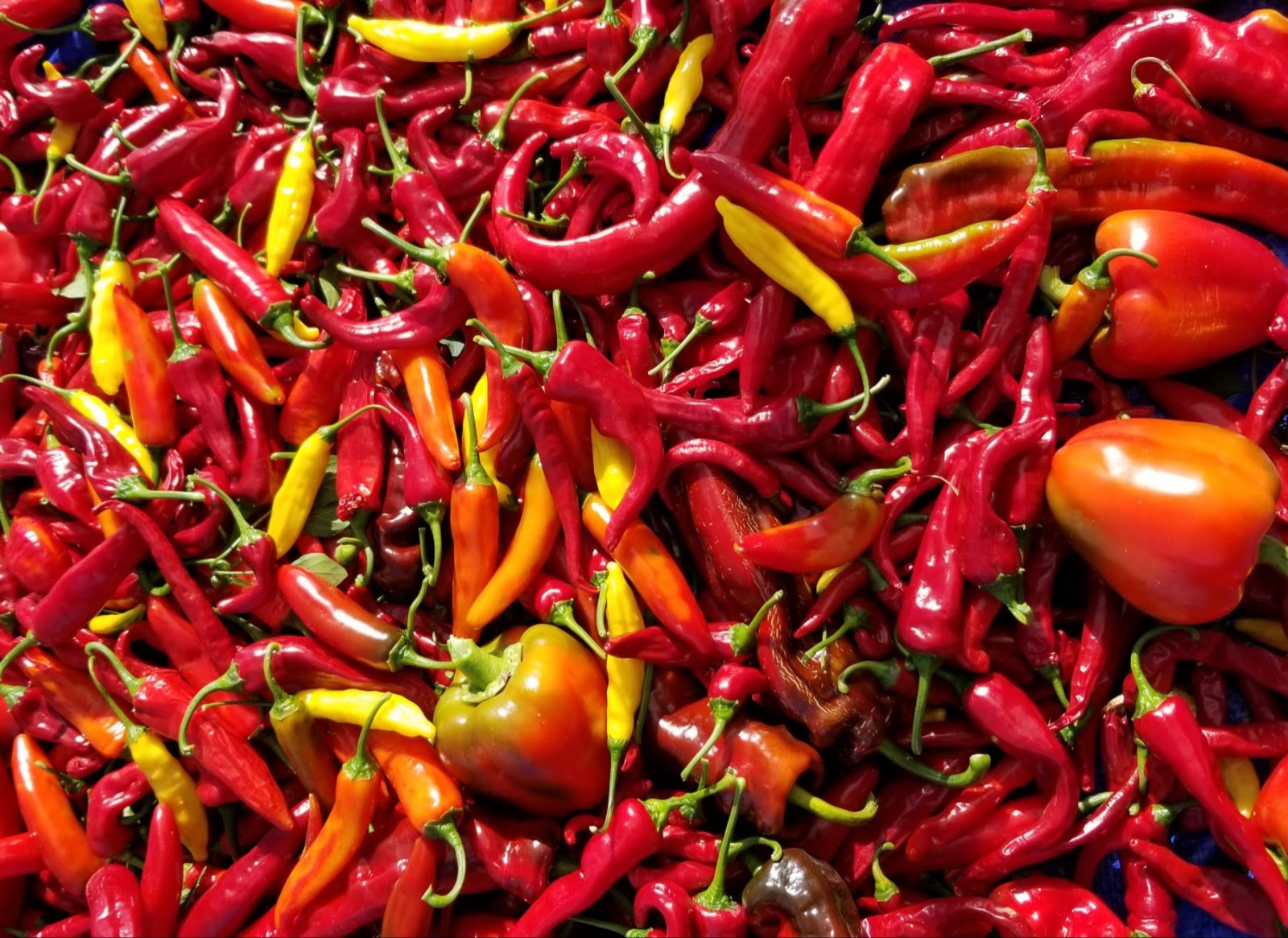 While hot sauce can be made with dried peppers, Deb’s recipe requires the freshest ingredients possible. No exceptions. Deb’s parents­, the children of migrant farmworkers from Mexico and Puerto Rico, escaped a life in the fields by joining the military where they both ended up stationed in Louisiana. Steeped in this spicy mix of cultures where most conversations began with what’s for dinner?, Deb returned to her agricultural roots in pursuit of the perfect product, attempting what few hot sauce makers ever do: growing her own ingredients. And after a year working the farm, with the fires raging, she couldn’t compromise now. Those peppers needed to get into a bottle—and quick!

But first, the pozole. Earlier that same fateful day, word had gotten out about this quixotic pepper farmer scrambling to harvest her entire field as evacuation orders—not to mention the inferno itself—threatened her crop. Deb’s friends began showing up to help. Fellow farmers, too. Then appeared Pedro Diaz. His mission: To feed this motley emergency harvest crew. 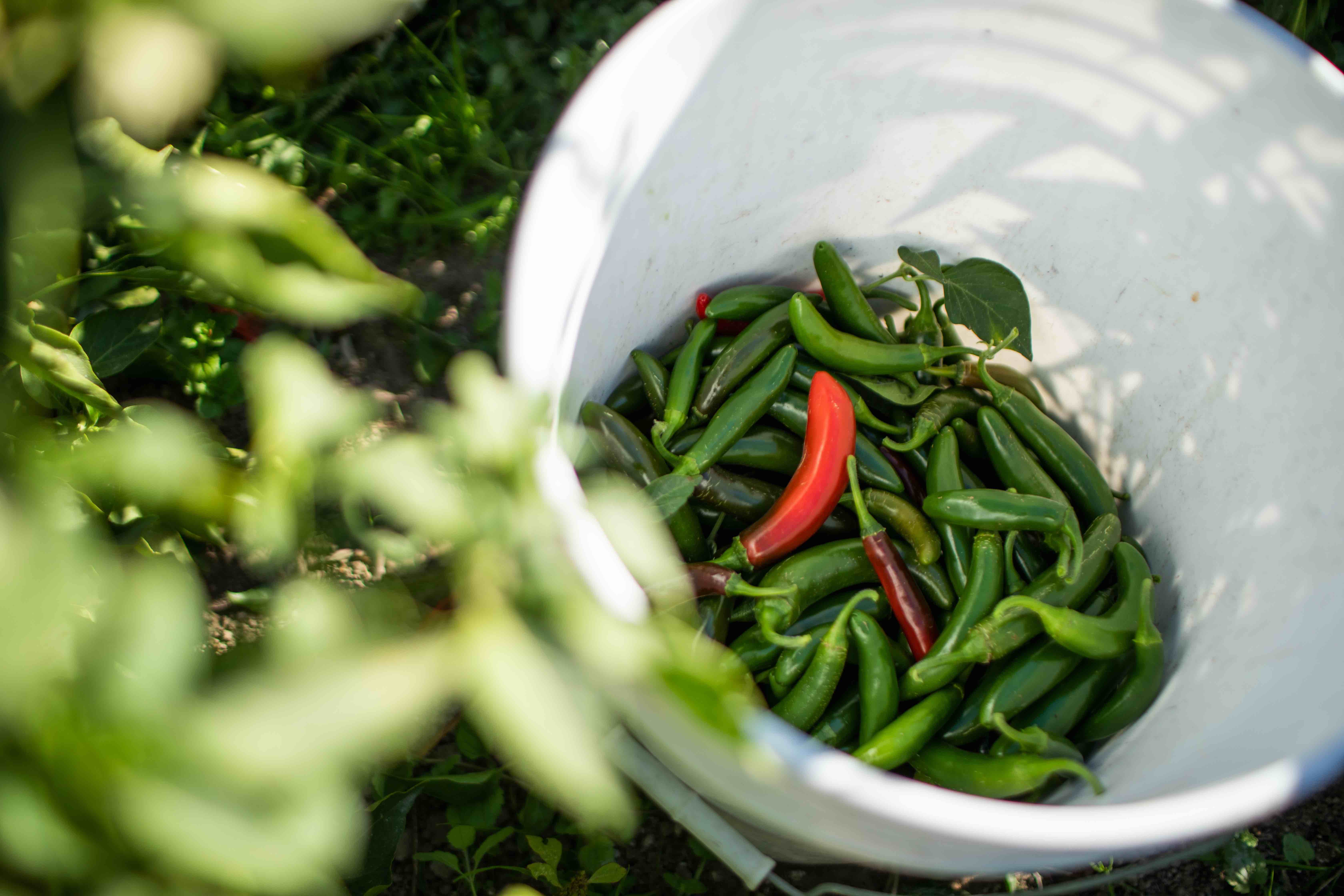 Together, with his family, Pedro operates the restaurants El Gallo Negro and Tu Mole Madre in Windsor, as well as El Farolito, Agave, and the Casa del Mole market in Healdsburg. “Back in Oaxaca,” he says, “the whole community comes together around the harvest. It’s a tradition to make a big meal and feed everyone who’s working hard out there.”

Upon arrival at Deb’s farm, Pedro’s kids jumped out of the car and ran to help pick while he and his wife set up a folding table. Beside that giant vat of steaming pozole, his wife assembled a spread of fresh radish, cabbage, and lime. Soon enough, the farm crew began to swarm.

For Pedro, food revolves around family and community. From his mother who spends several days crafting their famous mole sauce to his brother with whom he runs the restaurants to the dozens of employees who he’s miraculously managed to keep on staff despite multiple fires, a pandemic, and ongoing shelter-in-place orders, the growing Diaz franchise is like a tight-knit village that operates as if it sits just a short distance halfway between Sonoma County and Oaxaca.

At the heart of his community-powered cuisine: the chili pepper. Domesticated over 5,000 years ago in Pedro’s homeland, today there exist several thousand varieties, ranging from the mild-mannered bell to the red-puckered Carolina Reaper, boasting over two million Scoville heat units, the standard metric of spiciness (the jalapeño, for comparison, comes in at a lukewarm 5,000).

Pedro can count at least 14 varieties featured on the menu at his restaurants. But it’s the Chile de Agua that reminds him most of home. Until recently, the variety was almost unknown outside Oaxaca, but thanks to chefs like Pedro, this hot and flavorful variety is gaining popularity on American farms and menus alike. While there remain peppers he can still only find south of the border, Pedro is beginning to see more options appear at nearby farmers’ markets where he shops. 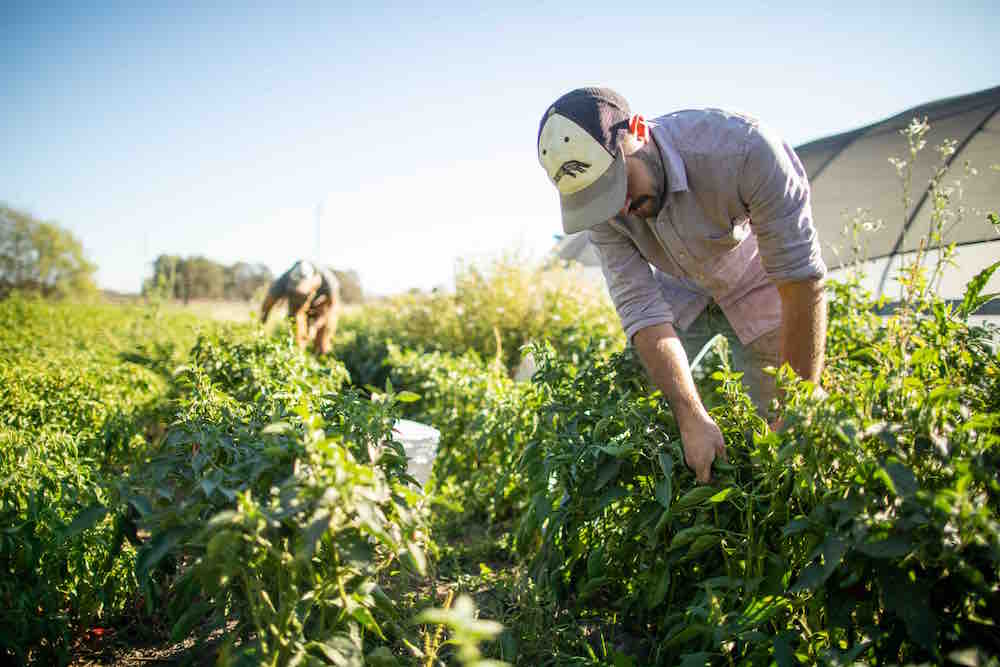 Arguably doing more than anyone in Sonoma County to expand these options is Will Holloway of Blue Leg Farm. Just west of Santa Rosa, Will grows over 50 varieties on just an acre and a half of land. His remaining four and a half acres are planted to crops that you can find elsewhere, but it’s the peppers that set Blue Leg apart. At peak season, Will and his crew pull 10,000 lbs. from those fields every week, a harvest that ends up at farmers markets, local grocery stores like Oliver’s, and distributed around the Bay Area through the produce growers’ cooperative FEED Sonoma.

Like Deb and Pedro, peppers are much more than a crop for Will. “I can walk around the farm,” he says, “and tell you a different story about each pepper: the place where it came from and the people who grew it. It’s such a great way to explore cultures. Learning about a single new pepper can lead me down so many rabbit holes.” Soon after returning from his own pilgrimage to Oaxaca last year, Will was already trying out seven new varieties on his farm.

While peppers may have originated in Oaxaca, today they’re grown all over the world, indispensable to the identity of countless cuisines and, in turn, to the identity of the cultures themselves. Not until colonial times did peppers venture beyond Mesoamerica, but today, only a few hundred years later, try imagining Spanish cuisine without paprika, Indian without vindaloo, or a mild, pepperless Sichuan chicken. 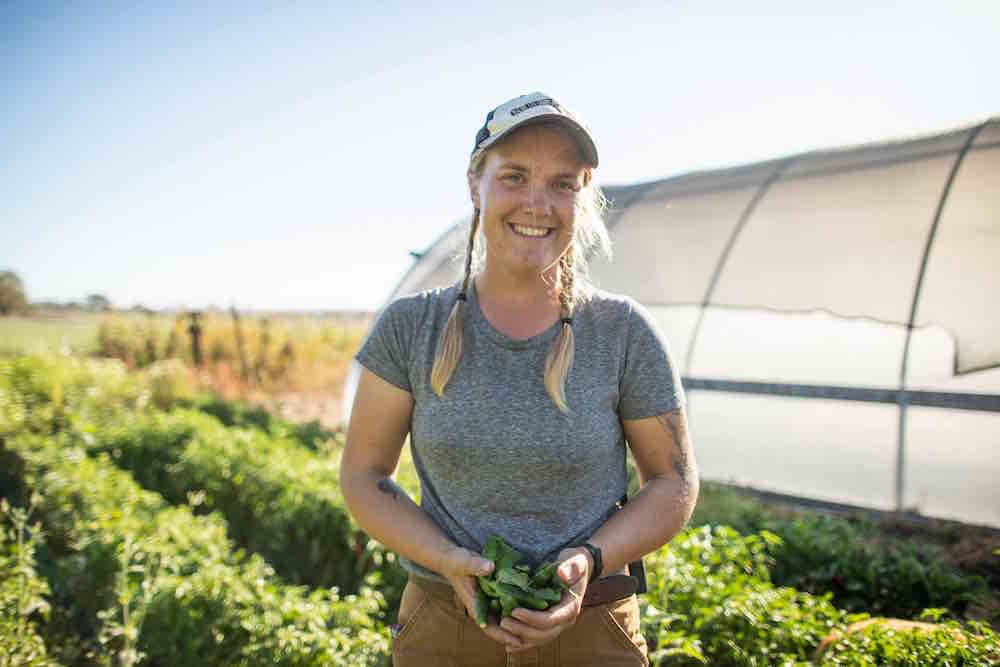 In the cultural melting pot that is California, our cuisine continues to evolve with each new interaction, both in the kitchen and on the farm. Will is right now tending to what could be entirely new cultivars, like the Tibetan chili that he accidentally hybridized with an Aleppo chili, resulting in a small, red, oily gem with a cherry fragrance. So far, he’s only managed to get one germination, three years ago. But with the pepper now perennialized in his greenhouse, he’s hoping to get another shot at it.

Botanical, culinary, and cultural legends are full of happy accidents like these. And back on that chaotic, smoky October day, that’s exactly what happened as Deb Rock, still with nowhere to process her crop, drove by a small church on the west side of Santa Rosa. A sign outside advertised food for families displaced by the wildfires, as nearly 100,000 people had fled their homes that week. Scheduled for the following day, read the sign, was a Spanish-language service. Deb glanced over at the 10-gallon pot of pozole in her passenger seat—Pedro had vastly overestimated the appetite of Deb’s small but mighty farm crew­—and slammed on her breaks. 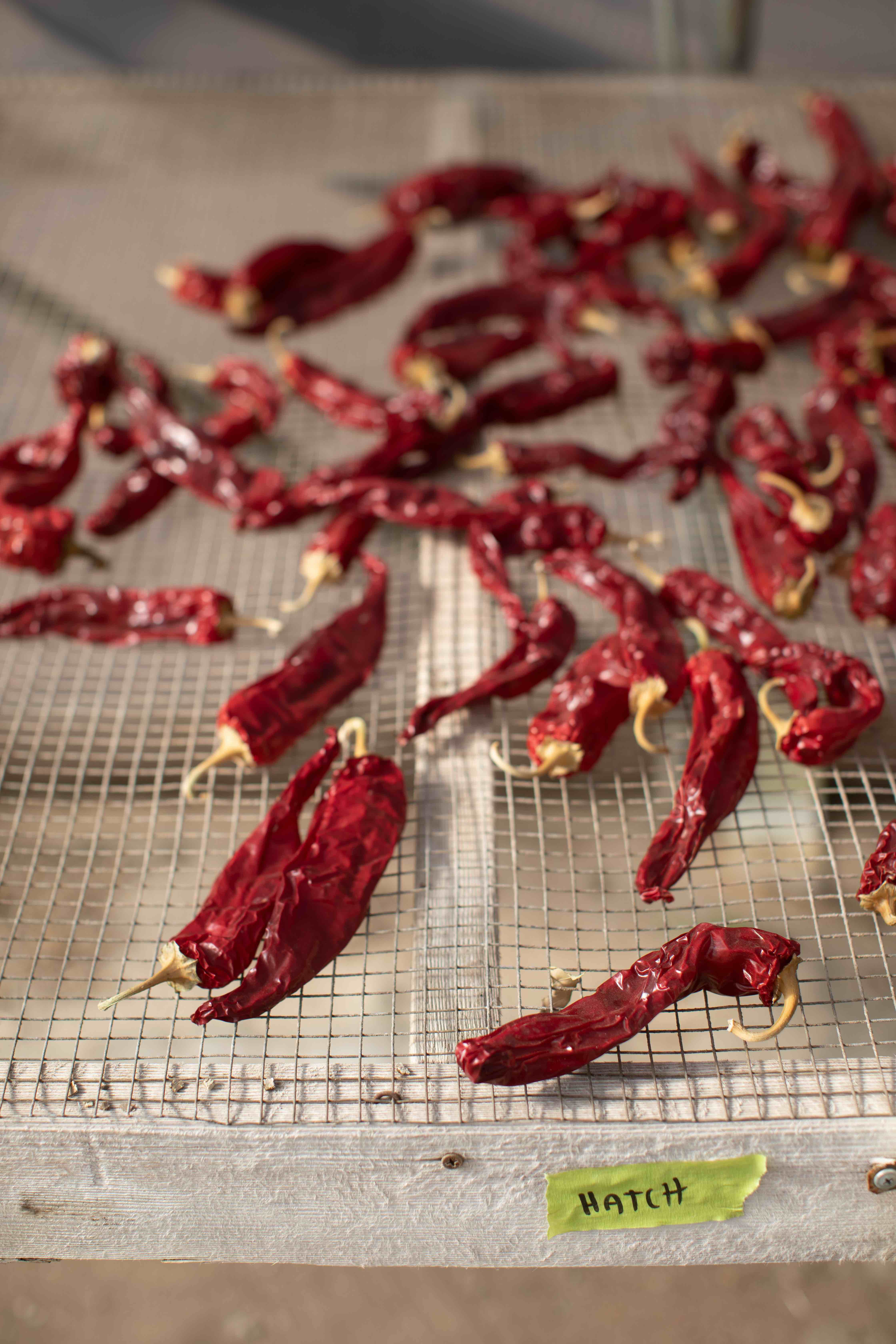 The church was grateful for the sudden gift that would surely be a welcome comfort to those desperate for some semblance of solace. Just as Deb was leaving, she noticed a large kitchen in the back. BINGO. By week’s end, she had 100 gallons of Sonoma Hot Sauce, an infusion that would later go on to win double gold at the Harvest Fair.

But despite the accolades and what even Deb herself, who’s now been making hot sauce for over two decades, claims was her best ever, the obstacles facing Sonoma Hot Sauce didn’t end there.

In a monopolized food system, doing things your own way doesn’t always pencil out—even if the result is a far superior product. “I just can’t make it cheaper,” she says, “not without sacrificing the quality or paying people­ less than they deserve.” Between processing fees, food safety regulations, and economies of scale, Deb either faces an uphill battle or she resorts to the same, cookie-cutter system that most other food producers do when they decide to scale up. “If you’re buying hot sauce in the grocery store,” she says, “most of it’s made pretty much the same. You lose control of the process. Why fight for that?”

But fight she will. Three years after that tumultuous harvest, as wildfires once again bear down on Sonoma County, she holds back tears when describing the obstacles ahead for her small, seed-to-bottle business, then pauses and regains her characteristic fervor. “Anything’s possible,” she says. “I have to believe that. Even in 2020. That’s the farmer’s premise.”