Welcome to our regular recipe column from teacher and stand-up comedian Sarah Whitmore.

How many times did you think about your lungs today? No, really. Twice? Twenty times? Eight million times? Because today, I thought about my lungs 37 million times.

Last year, on this date, I thought about my lungs no times. Last winter, I didn’t think about my lungs until December 21 when I remembered—last minute—that I needed a gift for a holiday party.

It was an emergency so—oops—I walked straight into Satan’s Waxworks, a well-known scented candle franchise. I’ll call it Stankee Sandal (they sell no footwear.) The doors had barely closed behind me when a muscular gust of Xmas odor tore through my nostrils.

My halls were decked! Infected by The Holidays.

The danger hatches in my nose tubes slammed shut. Exactly what The Holidays (TH-19) wanted! TH-19 had been evolving for centuries—now it was deep inside my lungs . . . probably replicating.

I’m not a fan of rigorously scented gifts (besides garlic), however, I won’t pass judgment on people who dig a super-aromatic candle. The nose wants what the nose wants.

I will question THE DECEPTIVE NAMING of those candles, though.

If the titles were truly descriptive I would never have let my snoot linger over The Reindeer’s Gift (The Cow’s Chip?)

Before you lower your mask and go a’ test-sniffin’ this holiday season, print this handy aroma title translation guide or Smeller’s Key.

Reeling from fire/smoke season and with COVID-19 all  up in our aerosols, I Googled foods that support lung health. Beets.

I tried again. Nope—it’s beets, folks. There’s no skirting this. If you aren’t already a fan, now is the time to get into this sweet, dirt-vibes (and delicious) internal organ look-alike. Pumpkin, ginger, rosemary and berries—also lung lifters.

This year, for the holidays, no one is coming over. So make something you actually want to put in your body—something yummy that makes you feel the opposite of stuffed and trussed.

Finally, a recipe that encourages you to cut back that crazy rosemary bush on the side of your (neighbor’s) house!

This dish can be served piping hot or salad-cold. Skewer the veggies with rosemary spears before or after cooking or lay the rosemary down and roast the veggies on top. 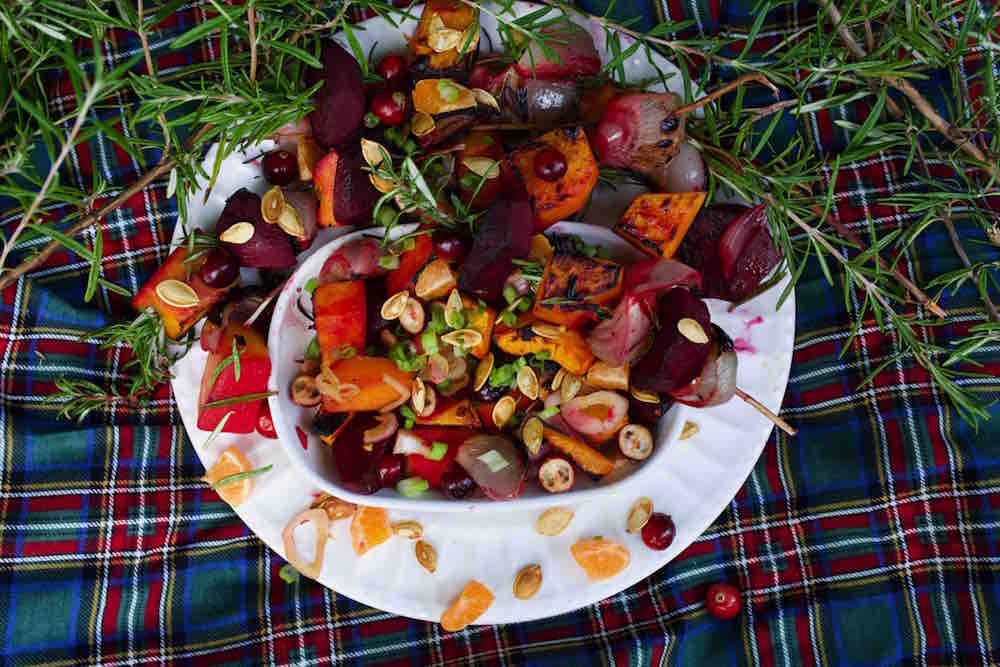 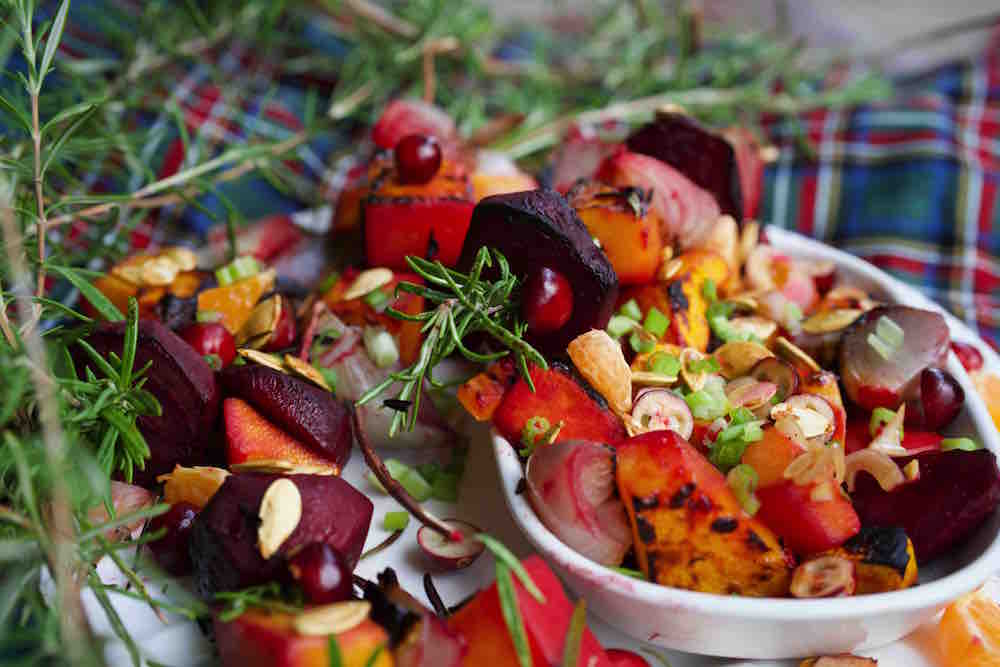