All Hands on Deck

At The Spring Hill School in Petaluma, students take hands-on learning to heart. During the 2019–20 school year, middle schoolers made nesting boxes for western bluebirds, bats, owls, and kestrels while learning about the habitat needs of native birds in environmental science. They designed and built catapults and trebuchets after researching medieval European siege and defense tactics in social studies. Students even constructed cornhole sets and a super-sized Jenga game to play with during recess and P.E. 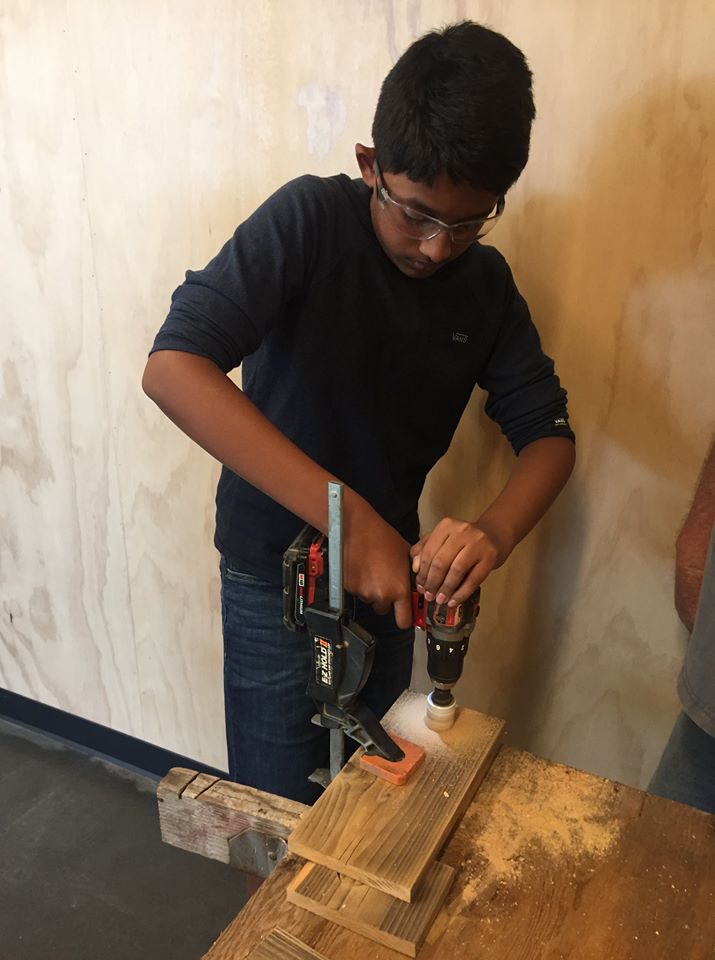 Creativity, risk-taking, and innovation are just a few of the educational values put into practice in the Idea Lab and Makerspace Studio at Spring Hill’s newest state-of-the-art campus. Here, fifth- and eighth-grade students apply design thinking to complex projects that involve researching, prototyping, and building. They learn to safely use a variety of tools and advance their measurement and spatial skills using rulers and protractors. Most importantly, they develop the patience and persistence necessary for problem-solving.

“It’s applied learning—learning with a purpose in mind,” says Sorensen. “For example, figuring out fractions and conversions enhances students’ mathematical fluency. In education today, these performance tasks and authentic assessments are valued.”

New to Spring Hill last year, she enlisted the volunteer support of Roger Warburton, a Healdsburg-based woodworker who uses wine-stained staves repurposed from wine barrels to build chairs, tables, cutting boards, and rocking horses. He donates most of his work to auction fundraisers for local schools and nonprofit organizations. She calls their collaboration “a match made in heaven.” 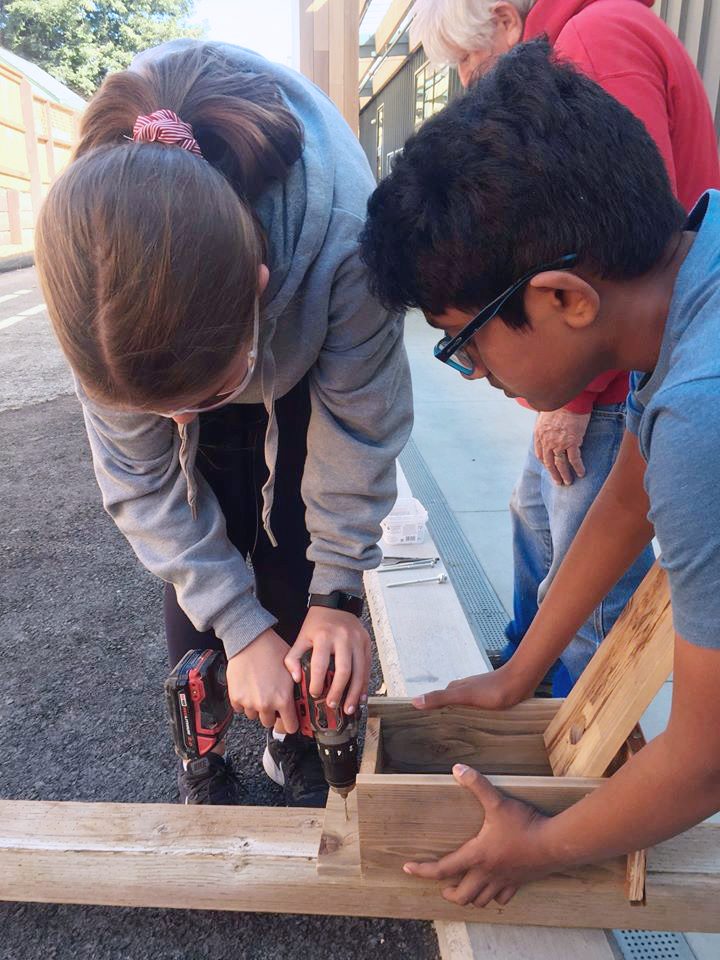 This inter-generational partnership began a few years ago at Sonoma Country Day School (SCDS) where Sorensen served as the K–8 department head of science for more than a decade. After she earned her Maker Educator Certificate from Sonoma State University in 2015, Warburton helped her to establish a Makerspace at SCDS, where his three grandchildren were enrolled. He says her “can-do” attitude energized him.

“If teachers had explained to me how to diagram a sentence in the same way that you’d explain putting a segment of pipe together, then I would have grasped it,” says Warburton, whose earliest memories consist of piecing together plumbing fixtures at his grandfather’s shop in the San Joaquin Valley.

His own father was a superintendent of schools, but Warburton, who struggled with traditional learning, was occasionally sent to the principal’s office for his poor performance. After he was commissioned in the Navy, where he had to learn celestial navigation to earn his “wings,” he studied engineering and industrial arts at San Diego State University. 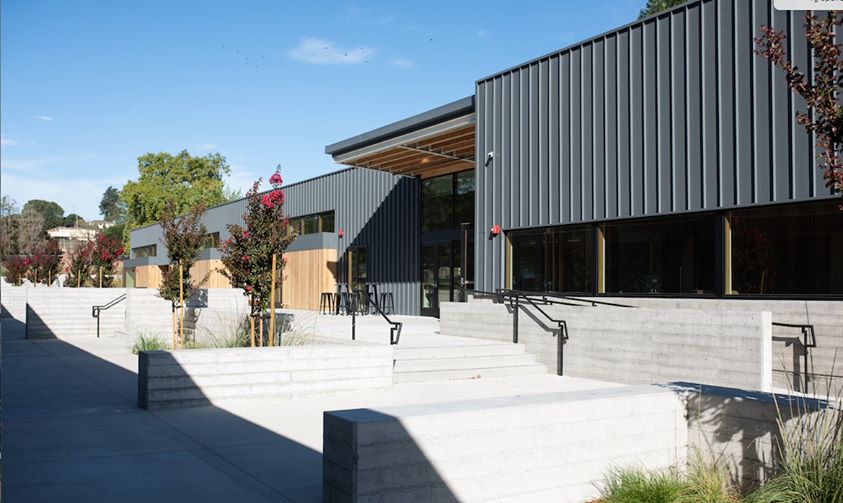 “Building requires precision. If you’re building a birdhouse that isn’t measured correctly, it simply won’t come together,” says Warburton, who enjoys igniting that spark in a student.

Making teaches students to follow a proper sequence while testing their knowledge and developing confidence in their mechanical aptitude. The iterative nature of designing, testing, and modifying that’s inherent in these activities pushes students beyond the regurgitation of abstract concepts to find relevance and reward in their accomplishments, according to Sorensen.

In the Makerspace, students have opportunities to fail and try again. Warburton describes one eighth grader studying geometry who struggled to figure out how to map her pattern and accurately cut the plywood. Working with him for 45 minutes, she persisted with grit and determination. Some students start out a bit tentative, but once they get the hang of using a nail gun, they’re usually unafraid to use an electric drill or saw.

The experiential and team-building nature of making proved challenging to replicate during distance learning last spring. Yet Sorensen found ways to incorporate aspects into “backyard science,” such as having students construct kite designs they tested outdoors during a unit on weather and wind patterns. Developing these lessons reinforced the importance of participatory learning and the type of ingenuity required for a more sustainable future. 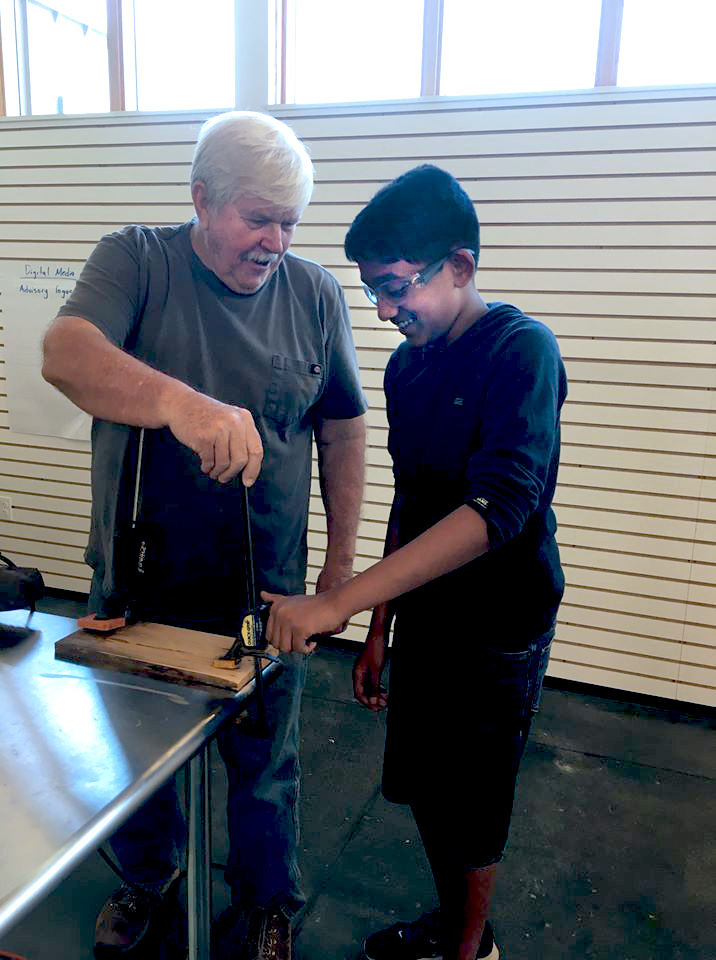 As for the Makerspace this school year, Sorensen was brimming with ideas—from building raised garden beds to buddy benches and Little Free Libraries—while planning for the students’ return on August 31. Small by design, with three campuses and low teacher–student ratios, The Spring Hill School was prepared to provide a full in-person learning environment based on guidelines set by the state, the Sonoma County Health Director, and the Sonoma County Office of Education (SCOE). At press time, Sonoma County was on the state watchlist, due to a dramatic rise in COVID-19 cases, which would require campus closures; the school applied for a waiver, but the ability to reopen sites was yet to be determined.

“We have unique opportunities to more quickly adapt to changing conditions,” says Head of School Shaharazad Hamidi. “Our planning includes a distance learning option in the event it is required as well as a hybrid model to support families. Our focus is always on building strong connections, community, and meaningful relationships.”

In with the Old