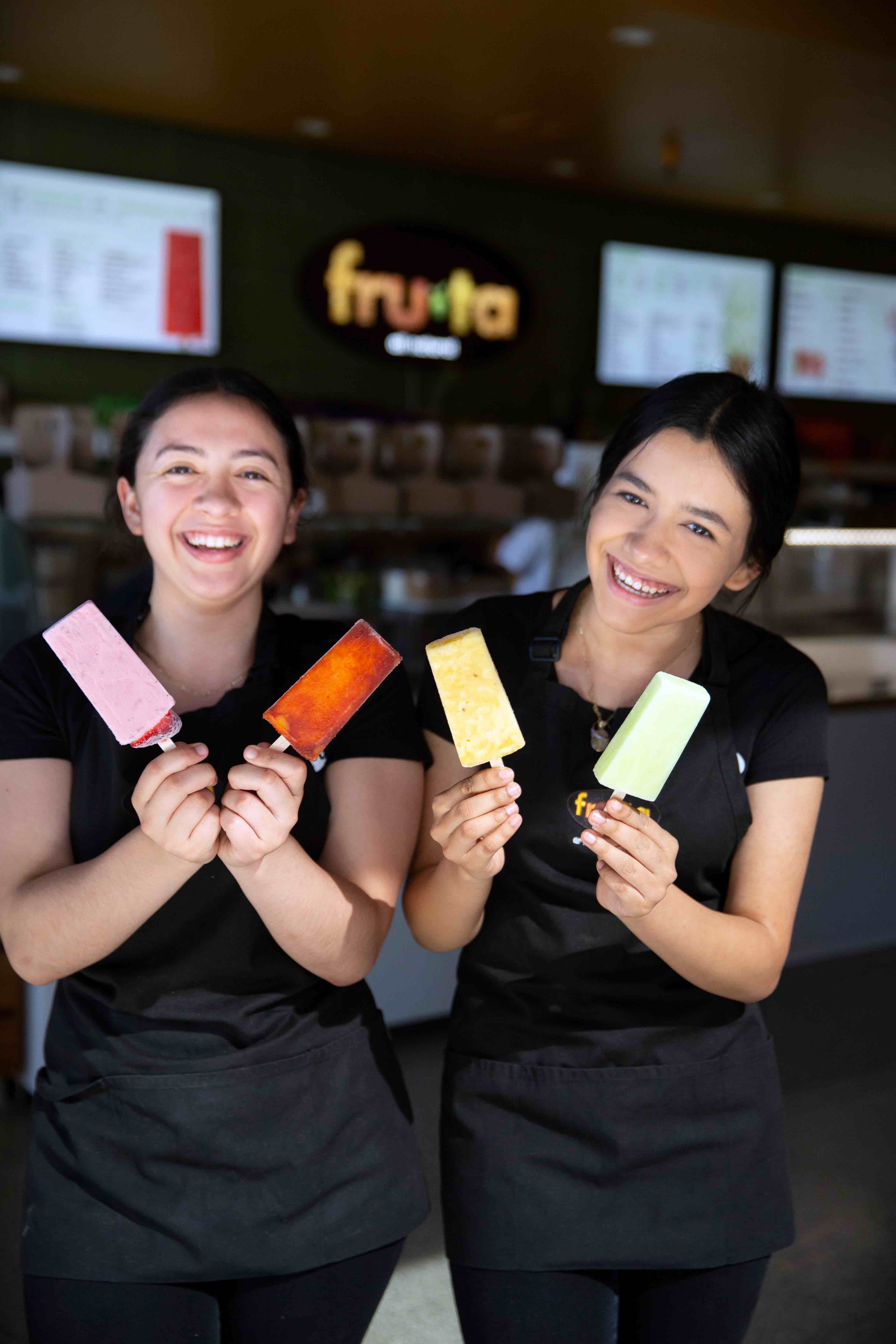 Resilience, entrepreneurship, and family bonds have transformed one store into a chain of successes.

On the first day of June, when I speak with Salvador Cruz, the owner of four Fru-ta ice cream shops in Sonoma County, he has a lot going on. An 8pm curfew was announced earlier in the day after a volatile weekend of uprising against police brutality in the downtown core; Cruz is moving quickly to close his shops down early and make sure his employees have everything needed for the next day’s business.

Because of the coronavirus pandemic, the shops already don’t look the way they did in the past. Cruz was able to keep his 45 employees working throughout the shelter-in-place, no lay-offs or furloughs needed, by building wooden kiosks outside each of the four shops.

With plexiglass windows and a touchless pay system, Fru-ta fans have been able to safely order their beloved Mangonadas (chunks of fresh mango piled high above a cool slush of mango sorbet, chamoy, and lime), paletas (in two-dozen flavors), ice cream, and other fruity delights.

A few minutes after our scheduled afternoon interview was to begin, the friendly, straight-shooting Sonoma resident was able to find a sliver of time to share his story, a journey that goes from a self-sustaining homestead in the mountains of Jalisco, Mexico, then Guadalajara before a final landing in Sonoma County.

Cruz spent his early childhood in a remote village in the mountains of Jalisco, a state in western Mexico. His parents raised chickens, cows, and pigs and grew fruits and vegetables. This was in 1968.

“It was only reachable by donkeys or walking,” says Cruz. “It was also very convenient for someone growing illegal stuff. When I was three, the drug dealers got into that part of Jalisco. They were growing marijuana and poppies for heroin.”

His parents soon realized their homestead had become an unsafe place for raising their four children. They moved to the state capital, the city of Guadalajara, and opened a small, corner market. Cruz worked in the store; he stocked shelves, ran the cash register, cleaned—whatever needed to be done. At the same time, he apprenticed in a woodshop, learning a trade and honing his building skills. And then tragedy struck. When Cruz was 14, his mother and three of his siblings died in a house fire. 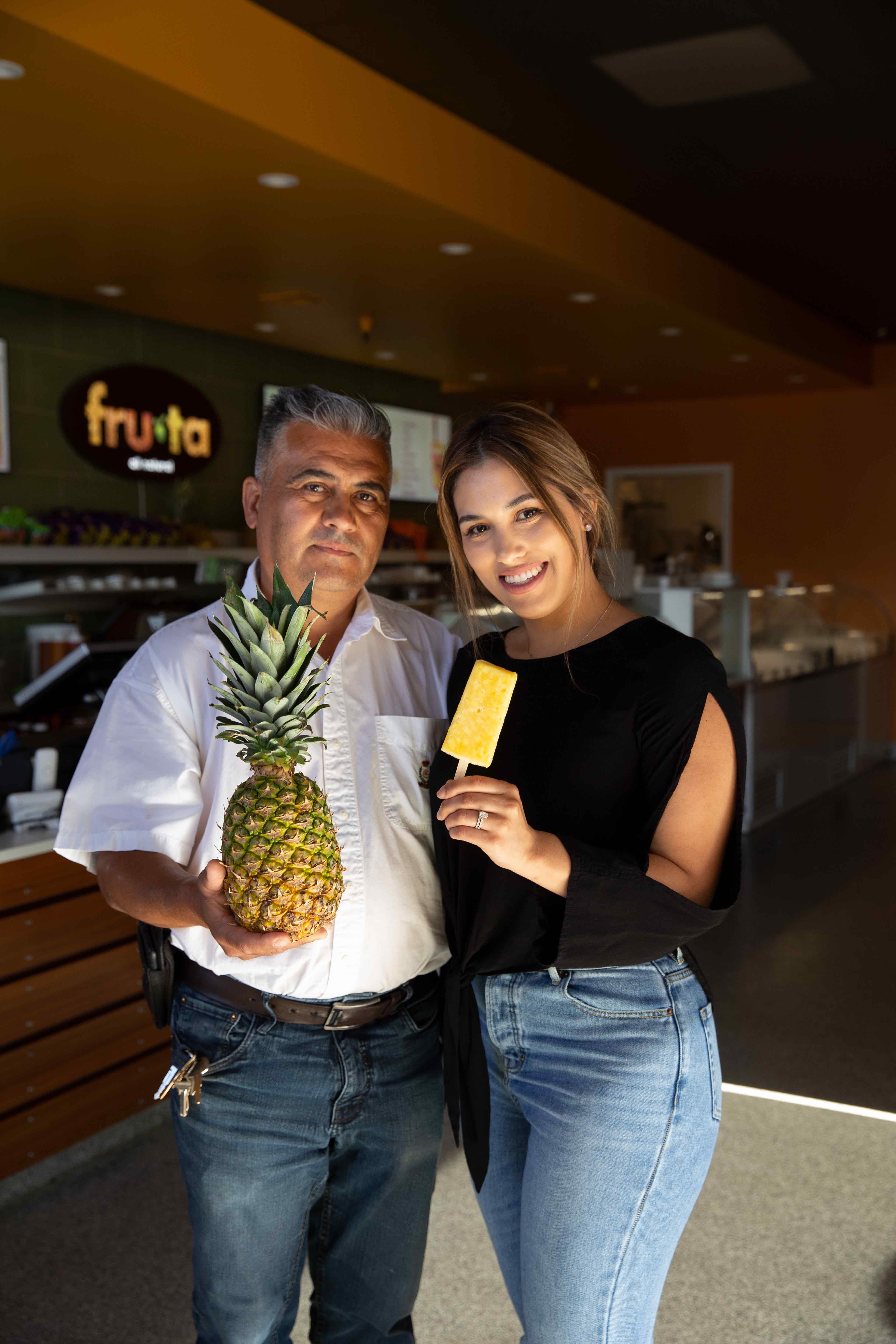 “It was hard,” he tells me. “Back then, life prepared me. I knew that I had to work and be smart about everything that I did.” When his father remarried and migrated to the United States in search of work, Cruz was left in charge of his younger siblings.

He looked around, assessing his options. He couldn’t see any good opportunities for someone like him. “I didn’t see a future,” he recalls. “I had a passion for engineering, but if I was to get a degree, I would still need connections to land a job. You’d see architects driving taxis.”

From Vineyards to Ice Cream

At 18, Cruz headed north in search of a better future. He traveled alone, immigrating to Sonoma where he knew relatives who worked in the vineyards. For three years, he too worked in a vineyard, living in a chicken coop on the property that had been converted into a dwelling with a bed. He also worked on a dairy farm.

The hours were long and hard, but eventually one of the vineyard owners took notice of Cruz’ wood-working ability. The owner connected him with a friend who owned a cabinetry shop. This became Cruz’s trade for the next couple of decades. But, then, he faced yet another huge setback in his life, when he lost all of his investments in the 2008 recession. It was time to figure out another plan.

Cruz decided to make a go of it in 2010. His two children were in college and doing well, and it seemed like the right time to invest sweat equity into a business. The banks weren’t lending, so he pulled together a $50,000 loan from his father and from a former cabinetry employer. He didn’t know how to make ice cream, but he found someone who understood the ins-and-outs of the business, and hired him to make the product.

Ten years later, what started as one store in Roseland has expanded into a local chain. Fru-ta is now in three different locations in Santa Rosa with a production facility and retail shop in Petaluma. When you check out their Instagram page, you’ll see a parade of elaborate, layered, wildly fruit-stacked creations, and dozens of ice cream flavors. 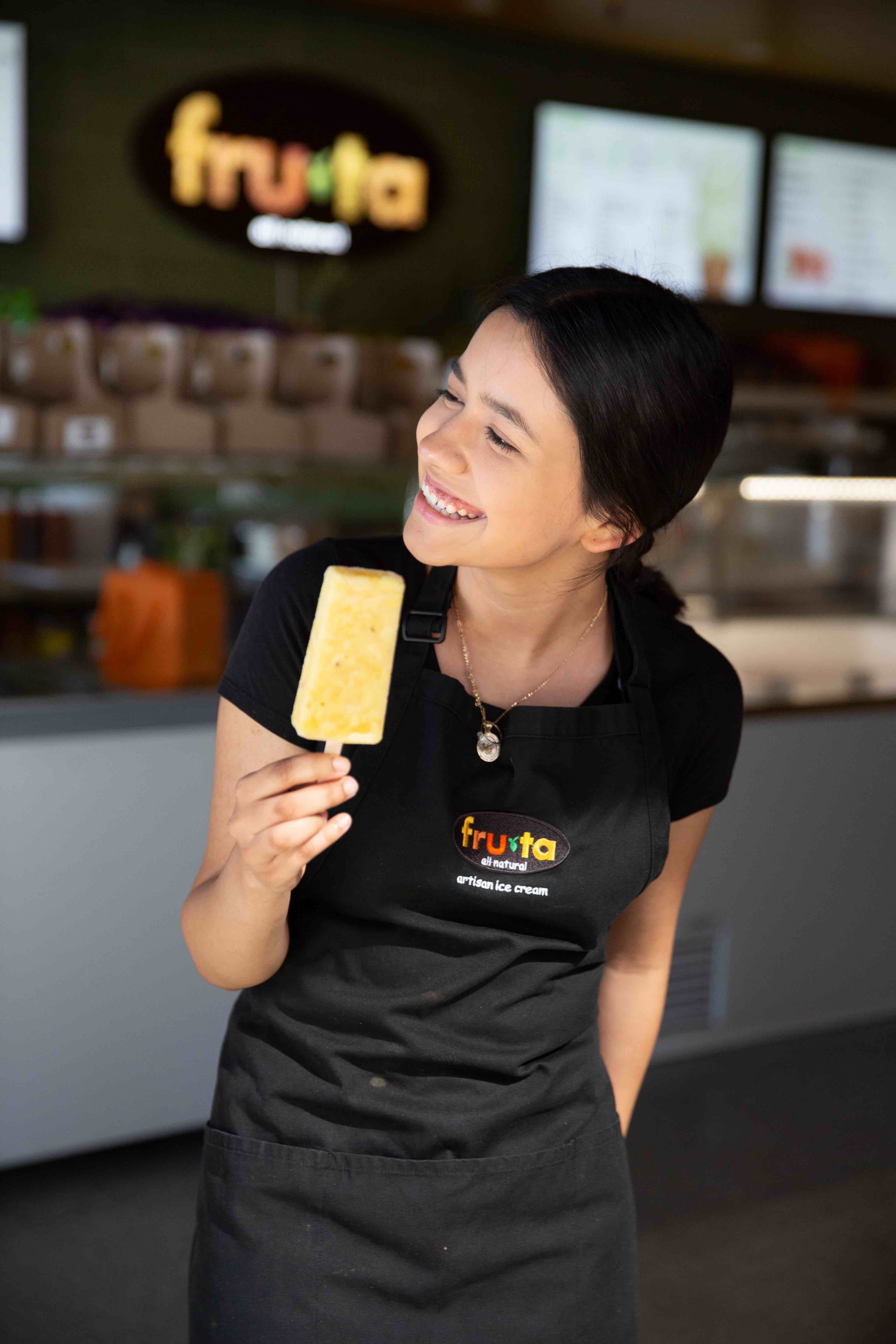 His children, Christian, 30, and Maria, 29, are now an integral part of the business: “They want to see it grow,” says Cruz.

Of course, like so many other small business owners, Cruz was forced to hit the brakes when the pandemic hit Sonoma County in March. As shelter-in-place orders were handed down by the County Health Officer, he had to think deeply about a way forward.

“I was worried about the employees getting COVID-19, or the customers getting it from employees,” he says. “I thought: ‘ How am I going to prepare for this threat? How can I be part of the solution and not the problem?’ It was kind of scary to see what was going on. You have to pay rent no matter what. Even if the doors are closed, you have all these fixed expenses that aren’t going away.”

Cruz and his children decided to keep the doors open. He drew on his engineering and building skills to add the protective kiosks, which kept employees and customers safe from transmission during transactions. Still, fixed expenses, including the raw materials for the ice cream and employee wages with a new mandatory $15 California minimum wage, are rising.

After a life of ups and downs, perseverance and adaptation to change are as familiar to Cruz as the popular Piña Loca on their menu. It helps that he is driven by a community spirit. And satisfaction from being his own boss, treating his employees with dignity, and running a business that puts smiles on kids’ faces as they dip into that locally made ice cream.

“When I see a little kid eating an ice cream with a big smile on their face, that’s the most beautiful thing,” says Cruz. “That’s the part that I like the most. My family and our employees are very thankful to the community. If the community was not supporting us, we would be out of business.”