A Rill Runs Through It

Communal Living in the Time of Climate Change 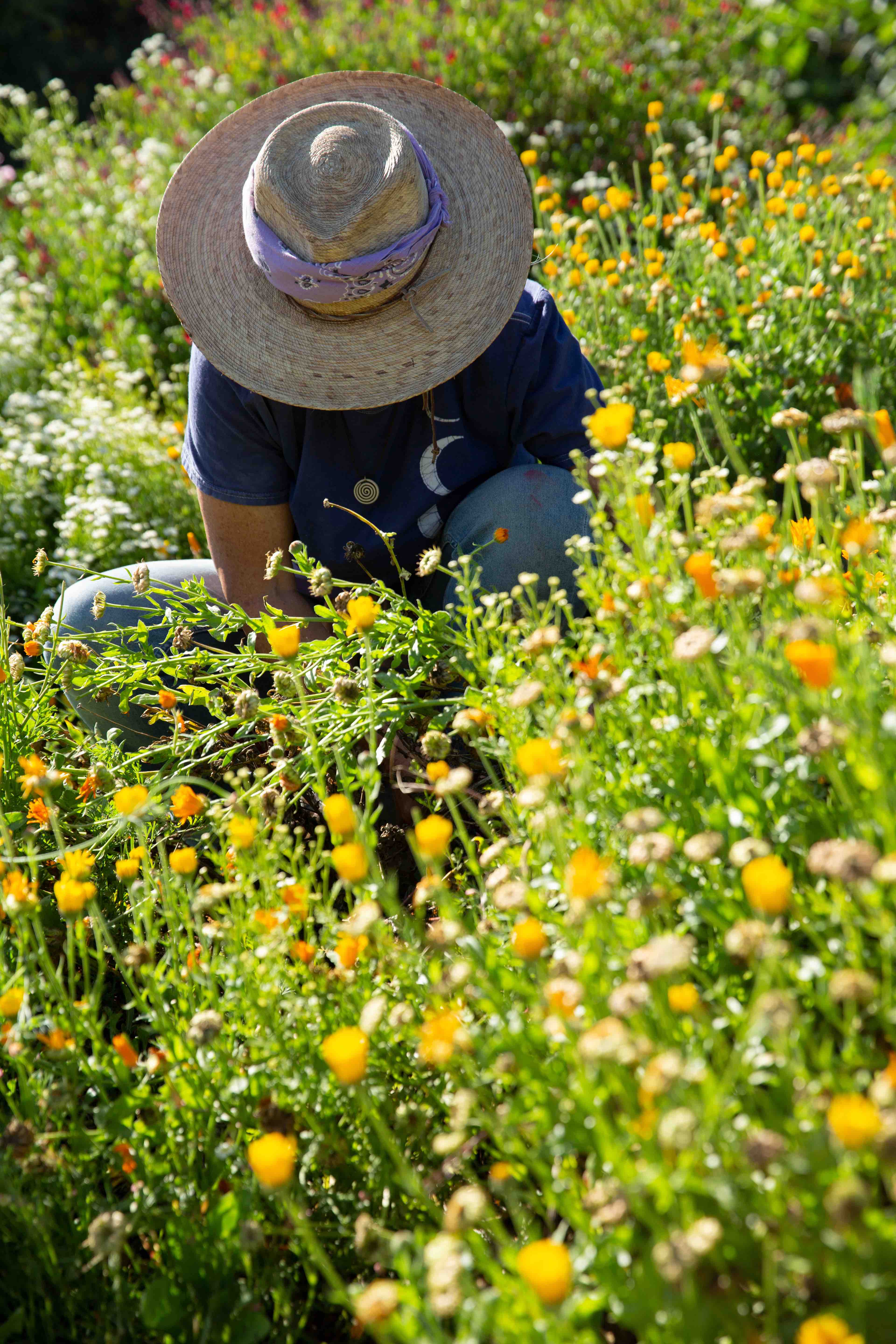 When you walk around Monan’s Rill, a 440-acre intentional community in the Mayacamas Mountains in east Santa Rosa, you are surrounded by trees—various oaks in every stage of grandeur, the rich red limbs of manzanita, and fairy-tale conifers that make it easy to see why they named their highest point (at 2,200 feet) Narnia. So it’s not surprising that the removal of some 90 firs near community homes became the fulcrum of a community conversation that took years to resolve.

“This issue ran deep,” explains community member Penny Sirota. “It brought us into conversations about patriarchy and power and revealed different facets of our relationships to trees, aesthetics, and fear.”

Monan’s Rill was established in 1973 by activist Quakers and continues to operate on consensus—which means that every member must reach agreement on issues ranging from leashed pets to meeting schedules. The fir tree debate happened in the wake of the 2015 Valley Fire in Lake County, which prompted renewed talks about fire ecology and controlled burning. Two years later, the issue became even more urgent when the Tubbs Fire came within two miles of their property.

I’m sitting in the garden area with some 10 community members, and I’m struck by the jovial, thoughtful way they bounce off each other’s ideas, gently clarifying or adding details. “The goal isn’t to find a group of people who will always agree,” explains member Amy Robinson. “It’s to find people who are willing to work on stuff together.” They explain that the consensus process is very different from voting, as the goal is to find the best decision for everyone by listening to each voice. Rarely does anyone “stand in the way” of a decision.

Longtime member Sue Kavinoky, who has been part of Monan’s Rill with her husband Rick since 1978, chimes in: “If someone were to stand in the way, it would be a sign that we haven’t done enough to listen and understand each other. So, we keep working at it.”

When it came to the firs, the community consulted experts and systematically tracked and numbered the trees, which gave members a chance to spend time contemplating the removal of each and every one. “Monan’s Rill is a leader,” says Sasha Berleman, director of the Fire Forward Program at Audubon Canyon Ranch, a nonprofit nature conservation organization. “They’re a great demonstration site of what private land owners can and should be doing to steward their land.” Over the phone, Berleman explains that since 2016, she’s been working with Rick, who’s been proactive about under-story thinning, clearing brush, and fire safety maintenance. 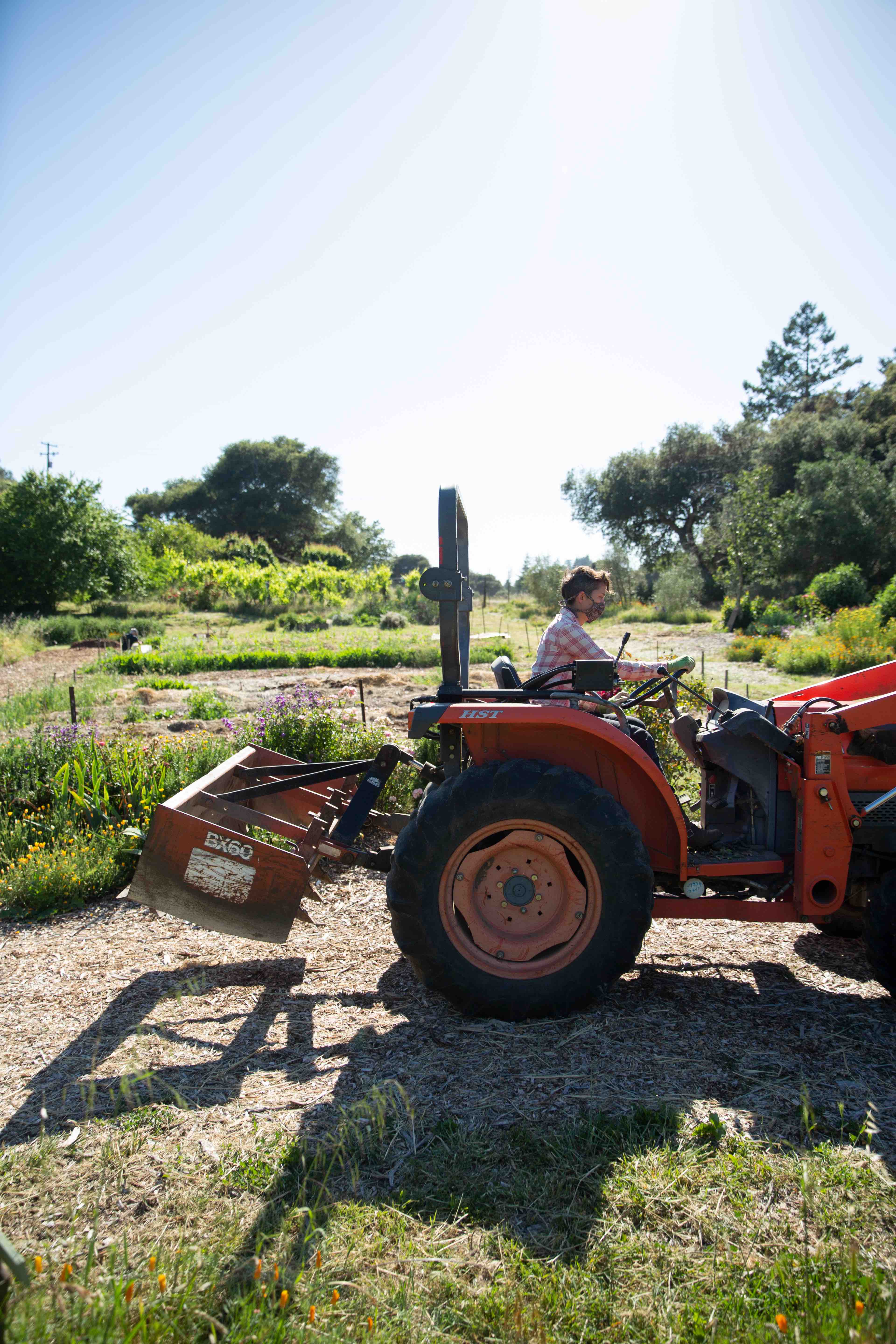 A couple of years and plenty of tears later—“Conflict resolution is so much work,” Penny confides—the community did indeed reach consensus and most of the trees came down. The lumber was sold to pay for the removal and the community wound up with an unlimited supply of wood-chips for garden projects. “As rough as it was,” member E Harris tells me, “we’ve grown because of it.”

This kind of intentionality is the lifeblood of this community, seeded in 1969 by four Quaker families living in the Berkeley hills without fences between their yards so they could raise their kids in a communal way. They invited other like-minded folks who were interested in intentional interdependence and spent years scouting for a piece of property.

Among the original 13 founders were Russell and Mary Jorgensen, longtime activists who were part of the hundreds of Freedom Riders who did jail time in the South during the early 60s for refusing to comply with segregated bus seating. Rick recounts other founding members’ involvement with starting KPFA and Santa Rosa’s Peace and Justice Center, serving as president of ACLU, advocating for prisoners—the list goes on. Usually there are about 30 people living on the land, and currently 16 of them are member/owners.

Hearing about their history, legacies, and current projects, I am struck by how the community is as outward-facing as it is inward-facing. “There are 700 folks in this upper watershed,” notes Penny, “we need each other.” Indeed, a prescient emergency preparedness group was invaluable for communicating during both the Tubbs Fire and the 2019 Kincade Fire. These days, their sphere includes partnerships with nonprofits like Pepperwood Preserve, Landpaths, and Friends of the Mark West Watershed, whose annual “Hike and Hoot” potluck was hosted at the Rill for years.

The name Monan’s Rill denotes the seasonal creek that runs through the property, which is at the top of the watershed. “It takes 50 years for rainwater to make it to that stream,” explains Amy’s husband Chris, pointing down into the valley, “and it’s only one of five designated by the state as a crucial habitat for coho salmon.” A few members are taking me on a long hike around the property, which includes a tour of their 60,000-gallon capacity rainwater collector and huge bank of solar panels (providing momentary shade to a doe and two fawns).

We traverse a meadow where 13-year-old Vinca tells me about the labyrinth they created with river rocks, a pine forest where Penny’s husband Frankie recalls harvesting their Christmas trees, and long stretches of trail that 10-year-old Milo loves mountain biking every week with fellow members. 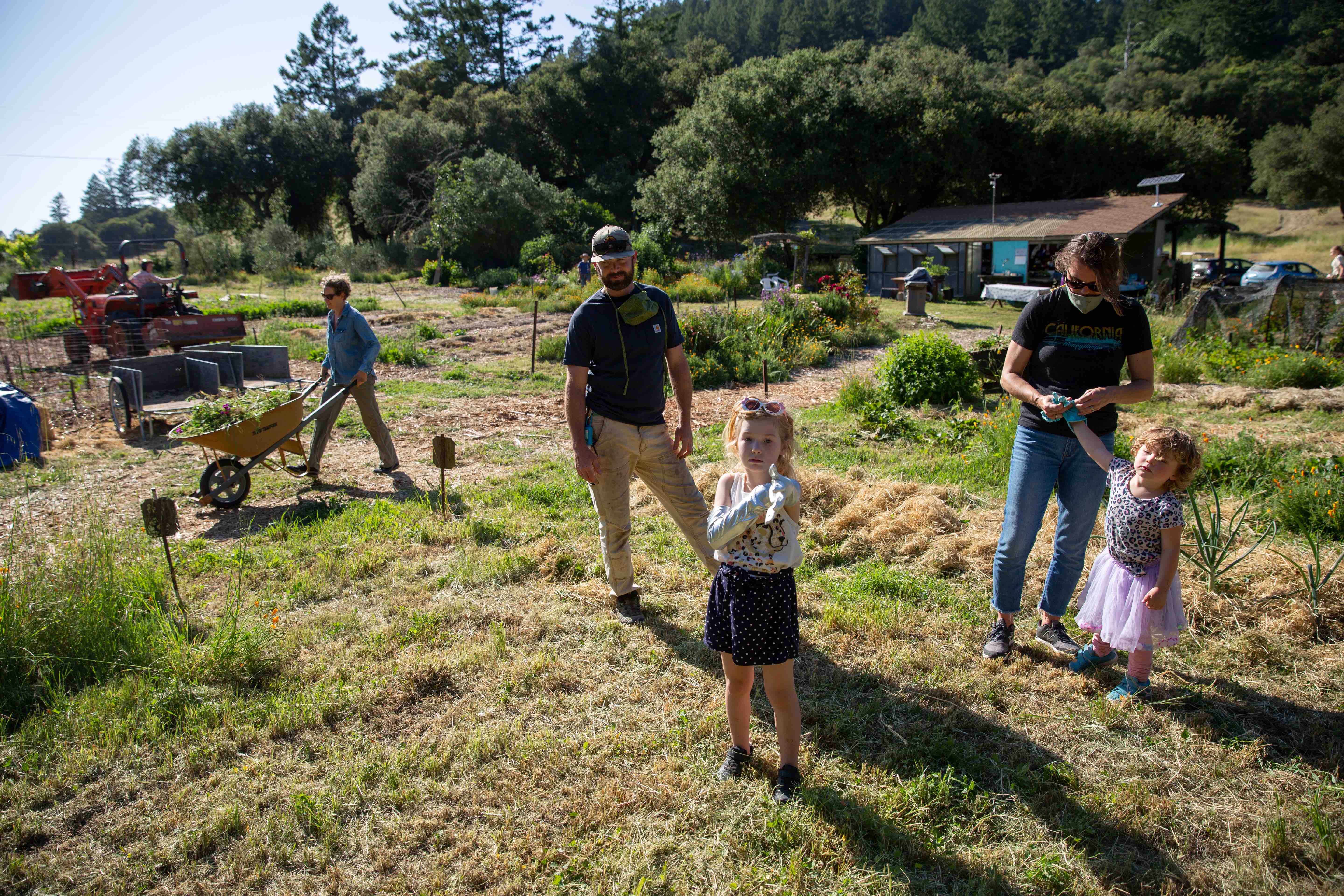 An Eco-System of People

“A new member changes the community and is changed by the community,” says Ken, who became a member last year after partnering with longtime member Joanie.
“I’ve always felt that my ideas are heard and appreciated in a culture of openness,” continues member Thea Carlson, who together with wife E raises three goats that provide milk and cheese for the community. “There’s an interesting balance of conservatism and new perspectives.” Though the members certainly embody a progressive ethos, there’s no firm code or proscription on the Rill. No one identifies as Quaker anymore, and members represent a full range of dietary preferences, belief systems, and willingness to buy or not buy from Amazon.

Perhaps never before has this balance of autonomy and interdependence been more poignant than now. Older members of the community haven’t left the property in weeks, as younger ones have taken on the tasks of shopping—even creating an organized spreadsheet to keep track of grocery orders. “It’s a new level of intimacy,” says Penny, and Ken chimes in: “We suspend judgment. It’s okay to order more chocolate and wine!” 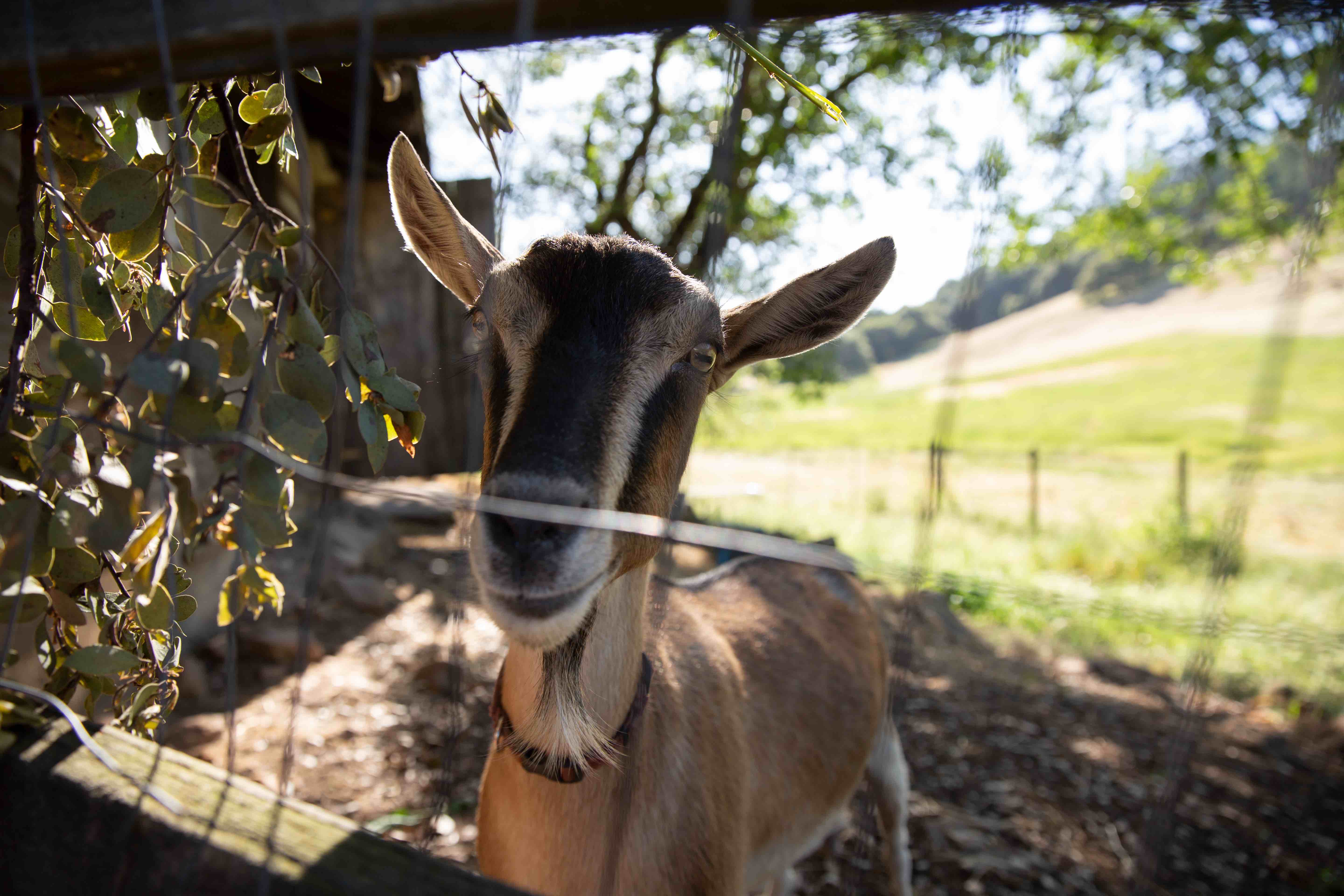 Before becoming members/owners at Monan’s Rill, people enter the “visitor process” whereby they participate in community events, get to know other members, and then write a letter explaining why they think they’d be a good fit. Sometimes, but not necessarily, people rent first to learn about life at the Rill. “We don’t just want to be landlords though,” says E, explaining that their hope is to find people who want to not only enjoy the gorgeous land, but help to cultivate and sustain it (they’re expecting a couple of vacancies soon).

Bill and Brooke Burr have been renting since October and are in the process of officially becoming visitors. “I like how these people are not claiming to be anything,” Bill confides, “just good stewards of humanity and the land. I was also impressed right away with how well-maintained the infrastructure is.” In addition to 12 houses, most of which have large, shady porches and high ceilings, there’s a huge, open, and well-kept building dubbed “the Hub” devoted to community gatherings of all kinds. As a parent, Bill also appreciates that his two kids are part of a multi-generational network of people who five-year-old Avinelle “talks to non-stop.”

On our hike, Chris and E stop to pull a few invasive spurge plants. (“When you’re doing a major spurge purge you’re in spurgatory,” quips Joanie.) But “spurging” is only one of many ways to contribute to the land. As Amy puts it, “There’s plenty to do—you can get your hands dirty or you can edit documents. What’s your strength?” Members serve on various committees (Hub, maintenance, finance, rentals and memberships, etc.) and meet every Monday afternoon for garden work and then a shared meal together (BYOF since pandemic). 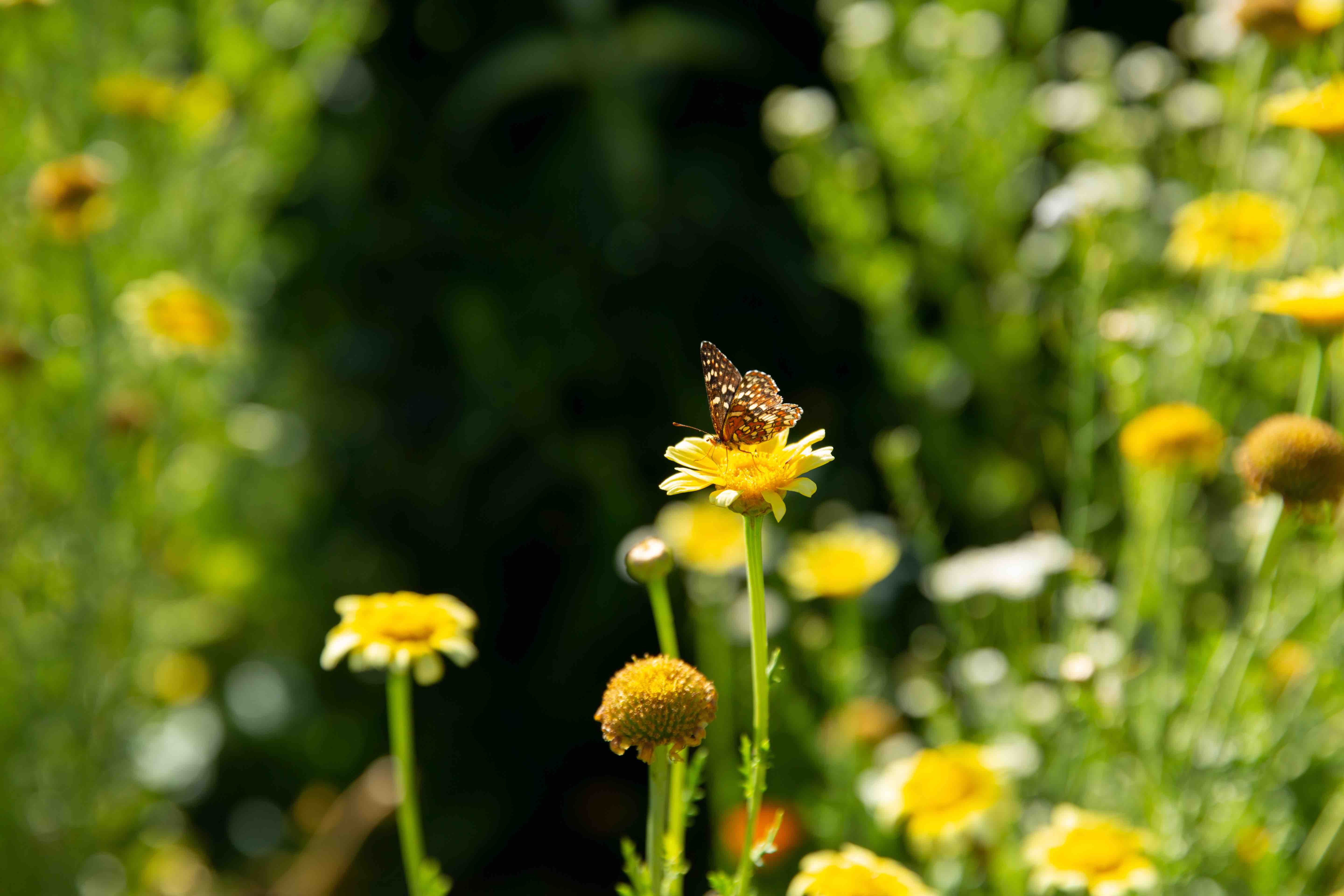 Twice-monthly work days are held in the garden, which is run by a system of “crop parents” whereby members take charge of all preparation and planting for particular plants. Helpful signage guides the harvesting: please wait, remember to share, plenty, and abundant (think zukes in August). In addition to scores of fruit trees, a chicken coop, and well-organized compost piles, there’s a kid-friendly shaded playground, swing-set, sandbox, and fairy garden.

And yet despite its idyllic nature, the community members are open about the ways they grapple with issues of inclusion and access. It can be challenging to adapt to a location far from town (about a 30-minute drive from downtown Santa Rosa), and members at Monan’s Rill must be able to invest in a form of cooperative land ownership that operates differently than typical financial models. “We offer something pretty different from capitalism, but we also know we are inside of it, constrained by it,” admits Amy. She continues, “But at our best, we listen deeply, argue honestly, build our capacities, and model a joyful, equitable way to live on this earth.”

As I watch the nation explode into collective action over racial injustice, E’s simple statement about the spirit of community has never felt more relevant: “It makes you realize that everything you do has an impact on someone else.” 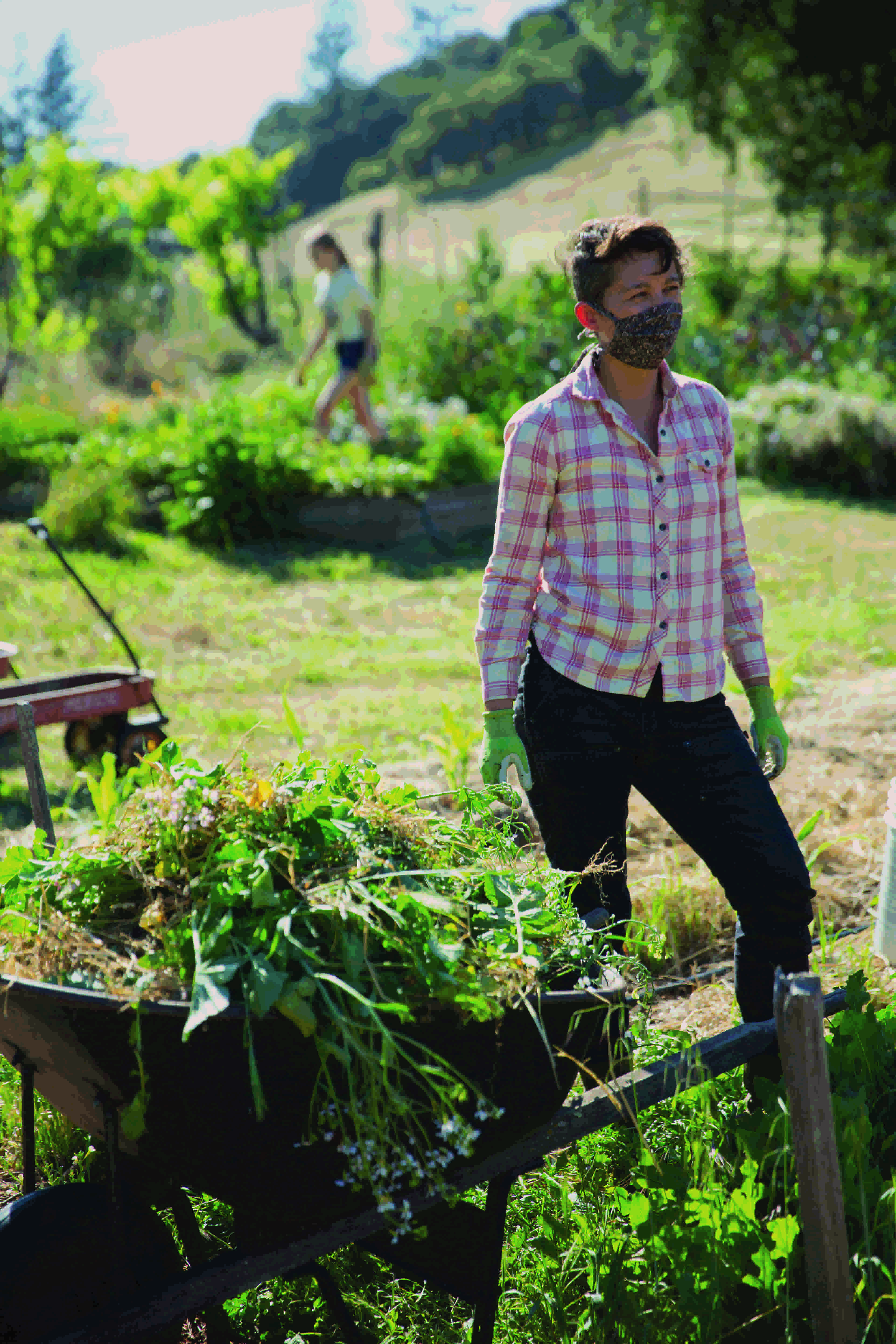 Drink Deliveries in the Time of Revolution