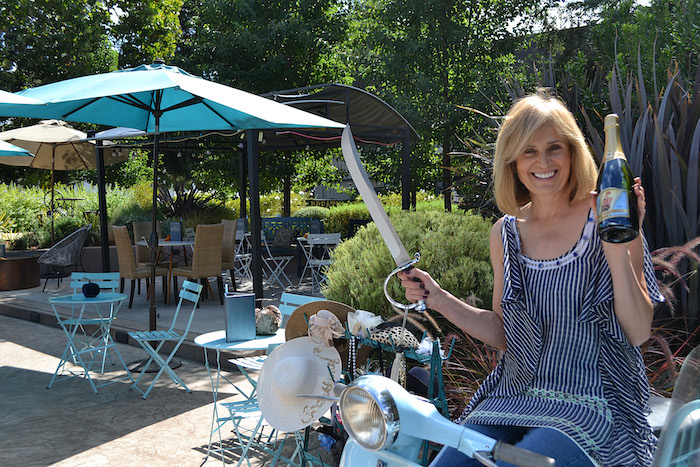 Breathless brut sabered at Sunday brunch! That’s not an overblown headline ripped from the front page of a tabloid. That’s part of the experience of going to Breathless Wines in downtown Healdsburg.

Well, not quite downtown. Breathless is in Healdsburg’s light industrial district, all but hidden behind landscaping between the warehouses. The short urban hike is worth it—it’s just three blocks from the main tasting room scene on Healdsburg’s plaza, which should leave you not quite out of breath but maybe a little thirsty for another taste of wine. Especially if it’s sparkling wine. You know—the bubbly.

Did no one say Champagne? That’s because Champagne, which is still the go-to tag for the good, bubbly stuff for most people, is technically only called Champagne when it’s made in the self-same region of France—a distinction with a difference that the heavies in Reims insist upon. “We aspire to be as much like Champagne as possible,” says Sharon Cohn, a cofounder of Breathless Wines along with her sisters Rebecca and Cynthia Faust. “But we are in California.” 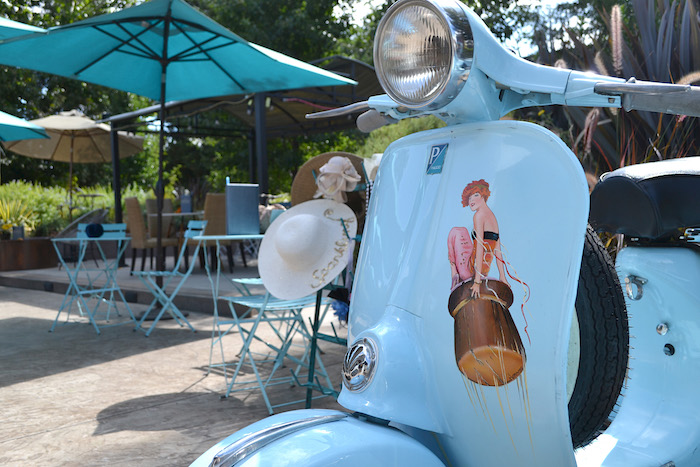 Their winemaker (and “adopted sister”) Penny Gadd-Coster is a big advocate of letting the fruit come through in the wine, Cohn explains. “And it’s kind of hard not to do that in California!” she adds.
Inspired by their mother, who “took no breath for granted,” Breathless Wines was founded by the three sisters in 2011. Giving back to charities is a key part of their business, and they support local authors with a “books and bubbles” package that’s worth checking out for your holiday gift list.

In terms of process, Breathless Wines are made in the méthode champenoise: the same process of tirage, riddling, and disgorging that the great Champagne houses have practiced for centuries. In this, they’ve got a lot of help by latching on to their neighbors next door—literally, the tasting room is attached to Rack & Riddle, a custom wine services company that specializes in crafting small-batch sparkling wine for vintners in Sonoma County and beyond. New in 2019, Breathless offers a tour and tasting experience ($30) of the facility, which reportedly features some cool new robots made in Italy. 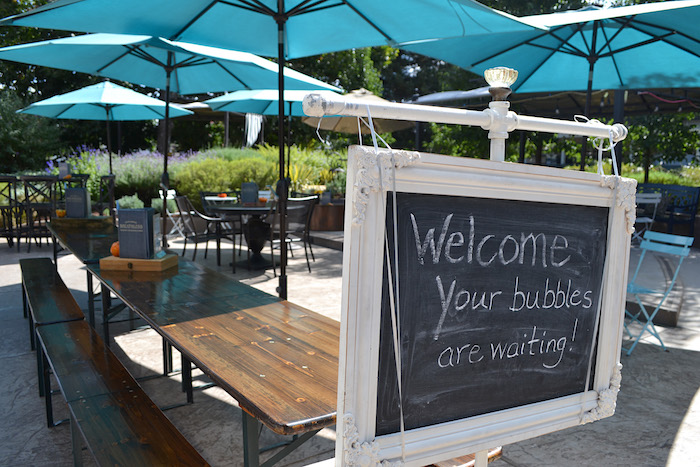 There’s plenty of industrial chic in the tasting room itself. A metalworking artist who has contributed art to Burning Man fashioned the space from three shipping containers. Very modern, but look inside: so moderne. The Breathless style is an eclectic medley of 1920s Art Deco, Parisian-themed bric-a-brac, and vintage Vespa motor scooters. Mix-and-match dress-up and photo posing is a favorite activity for visitors. The sabrage experience ($69) takes it up a notch: armed with an official sciabola del sommelier, a guest dons safety glasses, gloves, and—with careful instruction by staff—whacks the top off a bottle. Watch it fly! (The wine’s perfectly safe to drink.)

It’s an empowering experience, says Cohn. “They’re so afraid of it, at first,” she says of the typical guest, when they’ve got the saber in hand. “And then they do it, and they say, ‘Oh my gosh, I got this!’”
Quieter times at Breathless Wines include a monthly crepe breakfast ($24) April through October holiday shopping, with bubbles, on Black Friday and Cyber Monday and a not-too-quiet New Year’s Day open house with music, dim sum, tarot card readers, and more.

Listening to the Spirit Coming Off of the Still