Adventures in Drinking: The Elephant in the Room 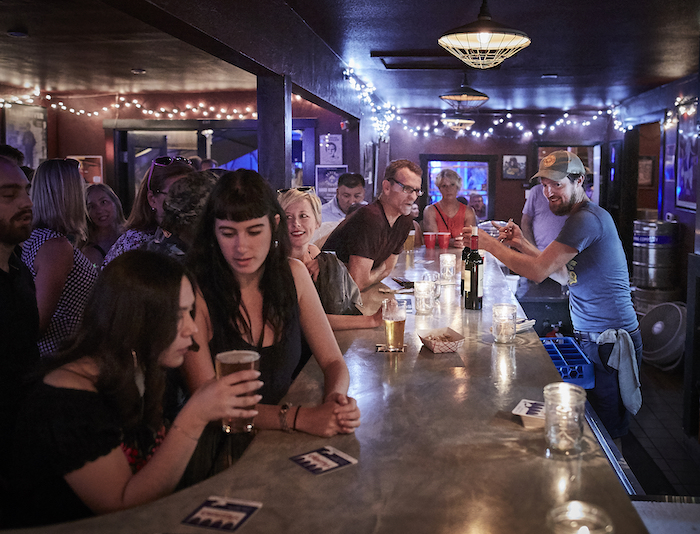 If you didn’t know it was there, you wouldn’t know it was there. Tucked away in an unassuming shed-like space just off the roundabout in swanky wine country Healdsburg, The Elephant in the Room is like a secret speakeasy. Owners KC Mosso and Paul Stokeld do no advertising. They don’t need to. If you’re a fan of craft beers and ciders, a killer music vibe, and unpretentious friendliness, you’ll sniff the place out in no time.

Mosso, a bartender, music promoter, and bass player in the electronic-funk band Crowbot, carries the beating red elephant-sized heart deep in his own breast. This means he basically lives at the pub (his poor wife), where he “builds fences, tiles floors, and deals with city ordinances,” he says. Most importantly, he casts his line far and wide to reel in the freshest, funkiest local and touring musical fish you’ll see anywhere north of ‘Frisco.

Mosso is typically found clad in a dapper hat and an infectious grin, which he bestows upon every human who steps through the L’s doorway. His barkeeps are sewn from similar feels-good-just-to-be-around-them cloth. In the afternoon, the pub feels like a laid-back musician’s crib, what with gig posters designed and printed by Levi Miller on the walls; soulful vinyl on the stereo playing anyone from Ry Cooder to Miles Davis to Jane’s Addiction; and an obscure cult flick on one of the televisions, sound turned off.

The Elephant in the Room’s drink selection ranges from Hamm’s lager to Pliny the Elder, with a rotating menu of hop-swaggering brews, hard ciders, seltzers, a few wines, and kombucha to fill any gaps. Peanuts, pretzels, the occasional Indian food truck or Falafel Man appearance, and home-cooked grub by KC (who, like your gramma, doesn’t want you to go hungry) will help you stay upright. 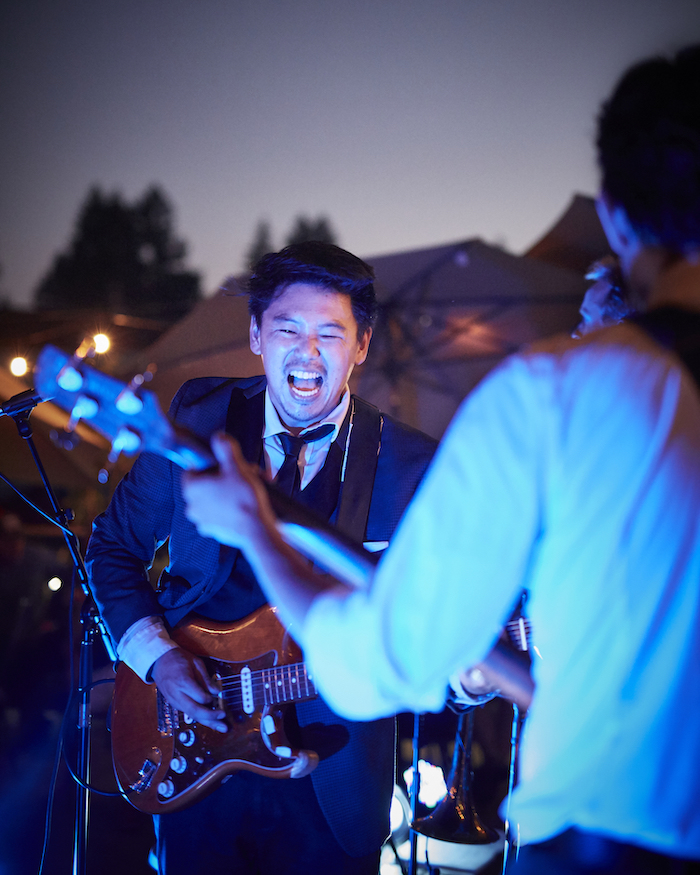 The pub has two stage areas: Inside it’s a tiny nook (and nobody minds, with everyone dancing on top of one another, mere inches from the band) while outside there’s a sizeable patio, with a stage under a massive Asian hackberry tree. A jungle of potted plants is lovingly cared for by a 70-year-old “plant manager” named Bird Legs. While the band plays you can try your luck at Ring the Bull, talk trash at one of the shared tables, or vigorously shake your backside. Everything unapologetically conspires to help you forget whatever ails you, even the wine-tasting-room-on-every-corner reality just a few blocks away.

Local singer/songwriter John Courage appreciates Mosso’s devotion. “We arrive knowing that the little details are taken care of,” Courage says. “Not only has KC provided a PA and an incredible vibe at the bar, but he’s also cultivated a great crowd that knows his taste in music and trusts that the band will be great, no matter the style.” Ukulele slinger Jon Gonzales agrees: ”As a performer, beer lover, and live local music supporter, the Elephant is one of my go-tos.”

Mosso’s business partner, Paul Stokeld (who also owns Toad in the Hole in Santa Rosa), backs him up with a seasoned knowledge of brews and pub biz chops. Stokeld bonded with the space during the Tubbs Fire, when his family was evacuated from their home and Stokeld, his missus, teenage son, two kittens, and two dogs all camped out in the unfinished pub, sipping Sonoma Cider and feeling grateful that their house was spared.

Recently the Elephant was granted official permission to hold live music events by the Healdsburg City Council. The hearing at City Hall was stuffed with loyal supporters who’d probably have taken to the streets if approval hadn’t been granted. Luckily, they didn’t have to. When the decision was handed down, Mosso was moved to tears. He’s just that kind of guy.

A Cannabis Infusion: Local THC and CBD Beverages are Making a Splash