Sonoma County apples are arguably some of the best in the world. With a history of local cultivation spanning roughly 200 years, apples were once a pillar of the local economy, from Luther Burbank’s praising of Gravensteins in the late 19th century to the processing of the sweet, crisp, dried fruit into vinegar at The Barlow. 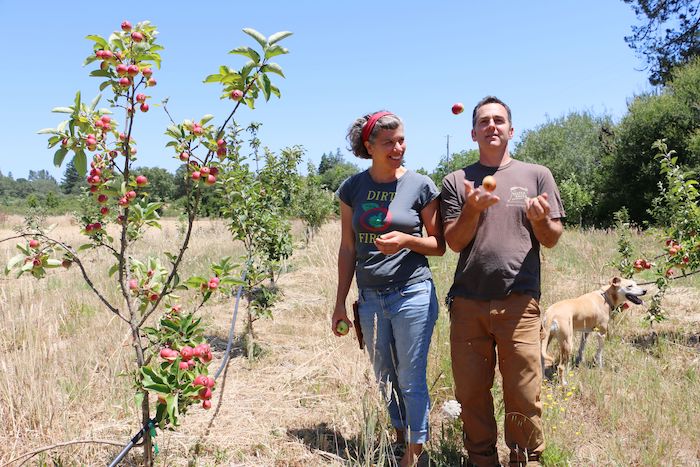 Apples have been so important to the community that Sebastopol held its first Apple Fair in 1910, a tradition that has carried into the 21st century with the Gravenstein Apple Fair.

Sonoma County’s apple history runs deep, but the hard cider industry here is relatively new. Ace Cider was first on the scene in 1993, followed by other smaller cideries like Tilted Shed in Sebastopol.

“We started Tilted Shed in 2011, and we have about 130 different apple and pear varieties planted here,” says Ellen Cavalli, who runs the Sebastopol-based cidery with husband Scott Heath.

In recent years, the local cider-making community has flourished with at least a dozen more cideries bottling up their golden nectar in idyllic, apple-growing terroir. This loosely organized network of entrepreneurs is one Cavalli hopes to celebrate during the 2nd Annual Sonoma County Cider Week, which kicks off on August 17 at the Gravenstein Apple Fair.

Cavalli says last year’s first stab at an official cider week was a big success with tap takeovers, orchard tours, cider-maker dinners, and a craft cider tent at the fair. 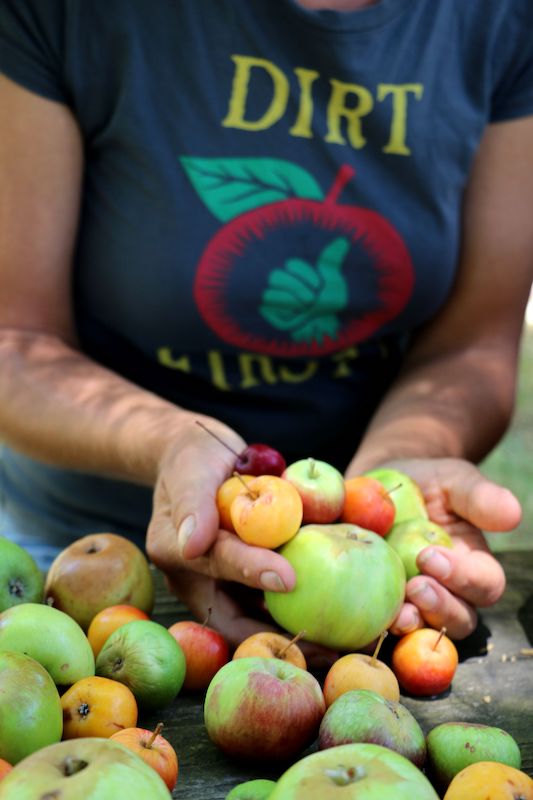 One of the local businesses participating in the festivities is Healdsburg-based Golden State Cider—formerly Devoto—which hopes to open its new taproom in The Barlow by July 4. A new taproom has been on the agenda for over a year, but plans were stalled for different reasons, according to CEO Chris Lacey. For one, securing an architect and builders has proved to be a challenge in the aftermath of the 2017 wildfires. The destructive and tragic flooding at The Barlow in February also impacted the opening date.

“We had five feet of water in our space,” says Lacey.

As of June, the repairs were almost complete and the space closely resembles a proper pub. When Cider Week is underway, Golden State hopes to host events at the taproom. “We’ll also do things like orchard and production tours,” he says.

Though many of Sonoma County’s apple orchards have been uprooted to make way for wine grapes, some wineries have expanded beverage production and are now including cider in their offerings: Old World Winery, Preston, Horse & Plow, and Eye Cyder at Radio-Coteau winery, to name a few.

“World-class wines, craft beers, and spirits are made here,” says Cavalli. “And sometimes, in all of that, we forget that world-class cider is made here, too. There’s such an extraordinary diversity and quality to the [ciders] that there’s something for everyone within the confines of this county. We want to raise awareness of that.”

“Sonoma County’s long been associated with some of the best wines in the country, so why wouldn’t the apples be the same?” adds Lacey.

The reality is wine and beer dominate our local alcoholic beverage market. With 62,000 acres of grapes gracing local hillsides, the wine industry rakes in a whopping $8 billion in wine sales annually. What’s more, in recent years, Santa Rosa has been crowned the craft beer capital of the country by various media sources. Yet representatives from 2019 CiderCon, a national gathering hosted by the United States Association of Cider Makers, reported that retail cider sales totaled $500 million nationwide, nearly ten times more than a decade ago. Although Sonoma County’s cider community fills a smaller niche, Cavalli says there is room for cider to make its mark locally as well. Apple trees are being replanted and golden cider will be filling cups at cider week.

It’s an exciting and decidedly not fusty return to an older tradition.

“There’s a large pinot and chardonnay vineyard right across from us that was apple orchards 15 years ago,” says Cavalli. “For us, it was super exciting. we’re like ‘guess what? We’re planting apples back onto Gravenstein Highway. Let’s do this!’”

The 2nd Annual Sonoma County Cider Week kicks off at the Gravenstein Apple Fair on August 17 and runs through August 25.