Last year, we wrote about the very first Snail of Approval awards from Slow Food of Sonoma County, which recognize local restaurants and food producers that are “making a significant contribution to improving the food system.” The 2018 Snail of Approval recipients were announced in January. The next time you go out to eat or need a few vegetables for dinner, consider supporting the following restaurants or farms:

Find out more about Slow Food’s definition of good, clean, and fair food at snailofapprovalsonomacounty.org.

Lessons in Fruit and Dough

Since the loose theme of this issue is pie, we reached out to Tara Wachtel, an Occidental-based chef and culinary consultant, to get her tips on making a top-notch pie from scratch. Wachtel guided us through a Sunday afternoon lesson in making a perfect, flaky, light-as-air pie crust filled with a divine lemon curd made from backyard-foraged Meyer lemons.

“Pie is humble,”says Wachtel, who has such a passion for the ancient dessert that she recently got one tattooed on her forearm. “It’s basically just fruit and dough in different proportions and the essence of the ingredients is highlighted. I grew up making pies with my sisters. It’s my favorite dessert. ” 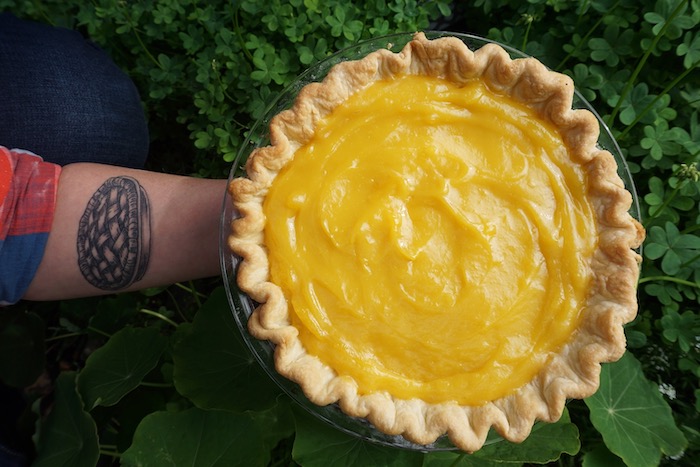 Getting the Most Out of Your Food Garden

Harvest for the Hungry Garden

The Conference for Regenerative Ranchers and Grassfed Industry Supporters