How to Regenerate an Apple Orchard

Ethic Ciders and the quest for a rich, delicious existence in the now 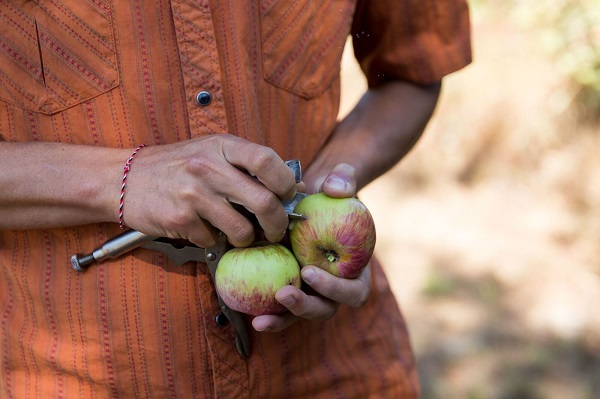 It helps to understand that Johnny Appleseed’s main gig was a land grab scheme. Born in the late 1700s, one John Chapman walked west ahead of North American expansion, planting apples to form orchards for pioneers who had been promised 100 acres of land by the Ohio Company of Associates. Catch was, settlers had to put fruit trees in place to prove their willingness to homestead.

In a twist unmentioned in most children’s books, Chapman sold the “free” land to settlers once they caught up with him and his trees. A parishioner of the Swedenborgian Church, a sect that specifically banned (agricultural) graft, Johnny could only plant by seed, choosing hardy varieties that didn’t need tending on the rough, open prairie.

Apples weren’t much to eat in those days, generally being so hard and bitter that they were called “spitters” by all company. But even the most bitter and acrid of the bunch made a fi ne fermented cider, a beverage adults and children alike consumed when water sources were iffy and insecure—which they generally were on the edge of the newly forming nation. It’s estimated that the average pioneer of any age drank nearly 11 ounces of alcoholic cider a day. (By comparison, modern folk typically consume 20 ounces of water daily.)

Chapman’s legacy includes both a cheerful 1948 Disney short and the stillpopular Golden Delicious apple. Golden Delicious thrive in West County’s apple belt, along with the Gravenstein, Rhode Island Greening, and other heritage fruit that have mostly fallen before the mighty grapevine. While some 15,000 acres of apples covered the county in the 1940s, that number was halved by the 1980s, and in the low thousands by 2016. Homes and wine grapes have mostly absorbed the old orchard land.

In the nick of time, a new type of apple evangelist has come to West County, one as content to cultivate what’s already there as to plant for new. Dealing in graft more honest than in Chapman’s time—and it really does have to do with the trees—the 21st century is turning out to be the era of the orchardist. 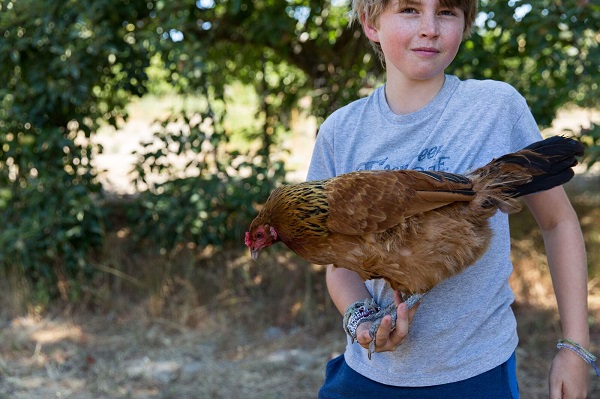 Ned Lawton, his wife Michelle Lawton, and their partner Ryan Johnston are orchardists who comprise the team at Ethic Ciders. Ned defines an orchardist as someone who “grows their own fruit, presses it when it’s fresh, and works according to season.” In Lawton’s opinion it’s also someone who makes cider by growing soil.

Preschool administrators, the Lawtons bought three and a half acres of orchard with a small barn and a house on Occidental Road in 2015, with the idea to provide a nature experience for their young students. It wasn’t long before they were running a preschool and a cider business.

On a recent summer morning, Ned Lawton and farmer Ryan Johnston took a visitor around the orchard to see how their dedication to regenerative agriculture is doing. Having won a prestigious Good Food Award in 2017 for their Golden Rule cider, the agreement seems to be that it’s resulting in a superior product.

Johnston is a permaculture expert, sits on the board of Petaluma’s Daily Acts nonprofit, and grew up on wisdom dispensed by members of the Occidental Arts and Ecology Center. He and Lawton met at the Permaculture Skills Center in Sebastopol where Johnston was a teacher and Lawton—whose background is in tech sales—approached him for advice. (“I had a weird infatuation with apples,” Johnston admits with an easy smile.)

Naming their company after a set of moral principles holds the Lawtons and Johnston to a rare rigor. Ethics speak to conduct; Ethic Ciders speaks to what the land needs. The results are delicious, but the name could feel like a burden.

Not to Lawton. “There’s an ethic in our cider-making, and the way that we allow the fruit to express itself,” he explains. “‘Ethic holds us to a very high standard, which is good because it causes us to ask what the right thing to do is. How do we treat our supplier relationships, how do we make the cider, how do we communicate the right thing to the consumer?”

Johnston adds that, for him, the name denotes “standing for something good and leading by example.” He continues, having clearly considered this question at length. “How do we use our fermented beverages in this county as a force for good? Because right now, most of [the farming that produces apples] is degrading the soil and creating a chemically-laden environment and harming our watersheds. How do we embody regenerative hedonism? How do we live a rich, delicious existence in the now? We can ﬂip it. We can have these tasty fermented beverages and it can be so good and fulfilling. You don’t have to give up your quality of life for that.”

“Flipping” the agricultural norm means applying a long list of farming practices: That Johnston spends much of his time coaxing nutrients back into the orchard’s sandy soil; that retaining carbon in the soil is a daily endeavor; that the orchard is now certifi ed organic; that they only till or water when absolutely necessary; that cover cropping is mandatory; that blue bird boxes are needed; that hedgerows are planted; that the ground that has given without cease for a quarter of a century is finally treated in a manner concordant with its value.

Ethic Ciders’ orchardists are among the first in Sonoma County to complete an Carbon Farm Plan in conjunction with the Gold Ridge Resource Conservation District, and an arm of the USDA. The Lawtons and Johnston are betting that the results are worth the extra expense and effort. 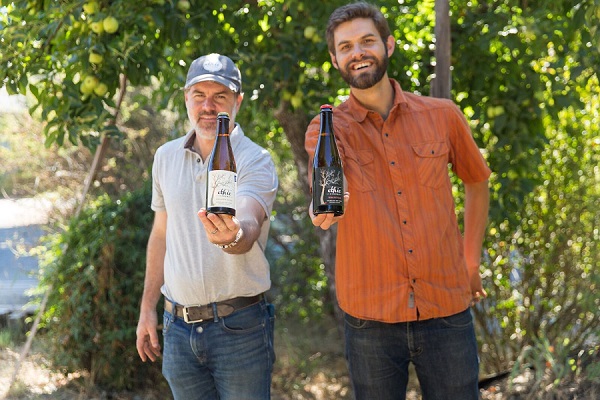 Meanwhile, marketing cider isn’t easy. For most consumers, cider sits in the odd space between wine and beer. Even those with an educated palate might think cider too sweet to be refreshing like beer, too fizzy to be delicious like wine. Ned Lawton knows this. In response, he’s emphatically making a cider that results from white wine and Champagne yeasts and drinks like an effervescent charmer, perhaps Austrian or German in character, dry and delicate, and excellent paired with food.

Pouring his Golden Rule cider—85% Golden Delicious and 15% Jonathan, Rhode Island Greening, and Gravenstein apples—into wine glasses, Lawton takes a sniff of the clean aroma. It doesn’t smell of apples at all. It’s certainly not sweet.

“Once consumers taste it, we’ve got them,” he says. “Most of the orchardbased cider makers in the U.S. are making dry ciders—and that’s changing people’s perception.”

And yes, the Golden Delicious apples that are so prominent in Ethic Ciders’ award-winning drink bring us right back to ole Johnny Chapman and the colonization of the American West. 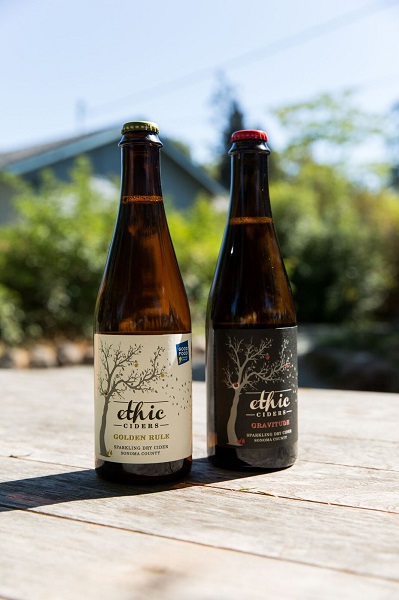 “Most people’s experience of Golden Delicious is of a fruit that’s picked at a woody hardness with no complexity of ﬂavor that’s easy to ship,” Johnston says. “What Ned and Michelle found when they came out here was that this fruit truly was delicious with a story to tell.”

Ned adds, “We’re basically making wine with apples. That’s the intrigue, the interest, and the longevity of the business. We’re in the early stage of cider. Once the consumer understands the dynamism of it, it will bring the cider industry to a whole new level.”

Ethic Ciders will be at Healdsburg SHED on Sept. 16 for a talk and cider-tasting.