Mercy Wellness of Cotati will deploy advanced LED lights and the Korean Natural Farming system in their new cannabis cultivation warehouses. Will these methods cut their carbon foot print and help them stay ahead of the pack? 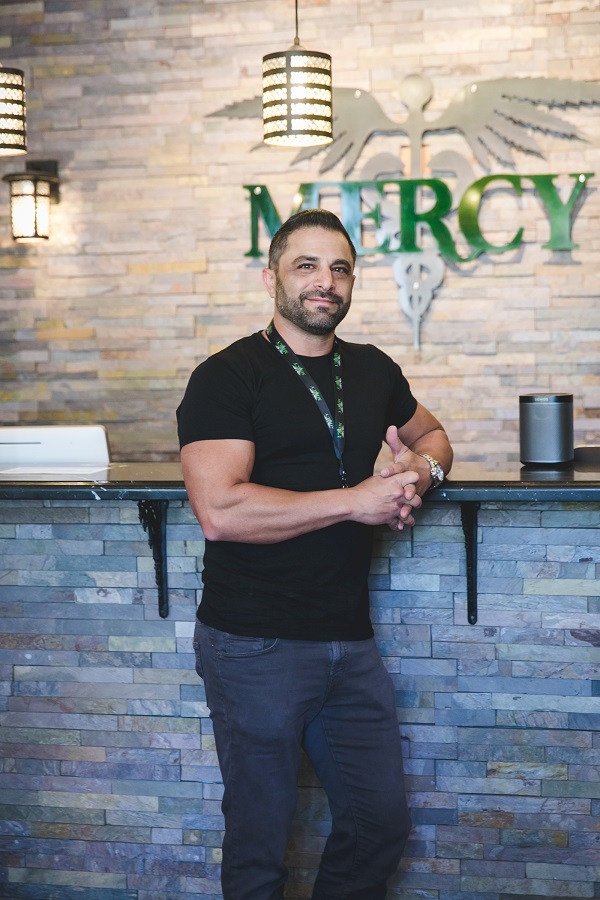 Cannabis growers embrace of technological innovation began quite by accident in the early 1980s, when the Reagan administration’s attempt to squash a flourishing American marijuana industry forced growers out of the sun and into the darkness. In The Botany of Desire, Michael Pollan’s 2001 book, he writes about the retreat of cannabis indoors and the discovery that it was possible to create an artificial utopia for cannabis plants: “Very soon . .. growers discovered that nature was, if anything, holding back this particular plant, retarding its full potential. By judiciously manipulating the five main environmental factors under their control—water, nutrients, light, carbon dioxide levels, and heat—as well as the genetics of the plant, growers found that the marijuana plant, this remarkably obliging weed, could be made to perform wonders.”

Like the intrepid growers that ventured before him, Brandon Levine, founder of Mercy Wellness of Cotati, aims to take local indoor warehouse cultivation to a new level. It’s an attitude that’s almost mandatory in order to survive California’s rocky transition to legal sales. At the Elevated Cannabis Compliance Conference, which Levine organized in 2016, he met Nick Maderas, the cofounder of Agnetix, a company that was working on a patent for an advanced liquid-cooled LED lighting system for indoor cannabis cultivation. No surprise—Levine was intrigued. In a short amount of time, he’d signed Mercy Wellness on as the first cannabis business in the U.S. to test the lights in a controlled environment. “We were just getting started, but he was really excited about it,” says Jordan Miles, vice president of global sales.

“We’ve always been on the leading edge of technology and have brought things to market first,” says Levine, pointing out that Mercy Wellness was one of the first to use nitrogen-sealed canisters to keep product fresher for longer. “We’re risk-takers and we don’t mind being guinea pigs. It helps us stay a step in front of everybody.”

While others in the local multi-million-dollar cannabis industry have struggled to navigate the shaky, difficult, ever-changing path to statewide legalization, Levine is helming an ambitious expansion of the company. This year, Mercy Wellness will open an indoor cultivation warehouse in a limited light-industrial zone in Santa Rosa. A second facility is slated to open in late 2018. Also on deck is an ambitious revamp of Mercy’s current dispensary with additional cultivation rooms, laboratory production, and a concentrates manufacturing facility. Two new dispensaries will open their doors by 2019. Through it all, Levine is betting on reduced energy costs and the increased efficiency of the new lighting systems to boost these investments.

With his sleek short hair and fitted white T-shirt, Levine looks (and sounds) more Silicon Valley tech entrepreneur than a stereotypical rough-around-the-edges cannabis farmer. And the liquid-cooled lights from Agnetix are very much a 21st century creation, with sensors, cameras, and proprietary software that allows growers to map all aspects of the plant’s growth. The software will allow for tracking of exactly how much energy is saved and how well the plants grow under highly controlled and monitored conditions.

Indoor cannabis grows are notorious energy hogs, but the new lights are something of an all-in-one system. A liquid-cooled line basically picks up any excess heat from the lights before it goes into the grow room and pulls it into a buffer tank. This holds the heat energy, allowing it to be reused in floor heaters, hot water heaters, fan coils, or even a hot tub. “It’s a radiant line, which makes it easy to reuse the heat and reduce energy costs,” says Levine. 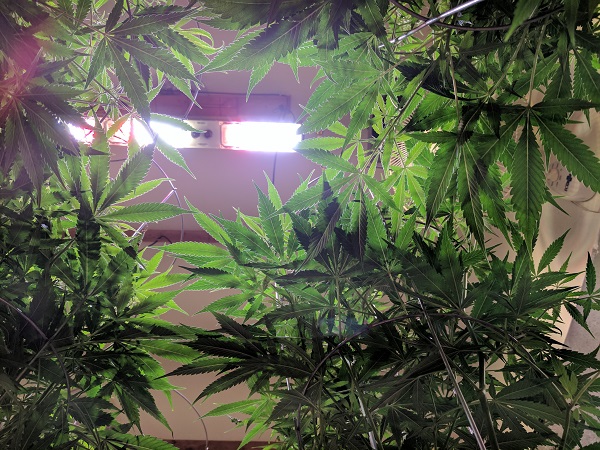 Levine and his growers just wrapped up production in a test facility where the Agnetix lights were used for the first time. They rarely had to turn on the air conditioner. “We will be able to reduce our power usage and our carbon footprint, and use the HVAC and mechanical equipment less,” he says.

Growing medical-grade cannabis indoors, he adds, also allows greater control over pests, mold, and pesticides. Unlike outdoor grows, there is no worry about pesticide drift—a big problem for organic growers of vegetable and cannabis alike. Control is a big issue for Levine. He’s on a mission to educate his customers about why transparency in cultivation is important. With the black market, you don’t know what you’re getting, how the product was grown, or what type of pests, mold, and fungicides have attached to the flowers.

“[With indoor grows] we can 100 percent control what goes in the room and what comes out of it,” Levine says.

Not everything will be new at the Mercy cultivation facilities. The growing approach at two indoor facilities will be rooted in an old method called Korean Natural Farming. The company recently brought in a consultant from Calaveras County, a cannabis farmer who has been using this agricultural method to great success—and without those ubiquitous plastic-bottled nutrients found at most hydroponic shops. Instead, the soil is fertilized with fermented fruits, vegetables, and fish. Rather than replacing soil at each harvest, the plant is cut down, a hole is dug, and a new plant is dropped into the existing coddled and compost-rich ecosystem.

“You don’t have to buy nutrients and pesticides from the hydro store,” says Levine. “It’s extremely cost-effective and has zero impact on the environment because you’re not putting toxic waste down the drain. It’s literally organic fruits, vegetables, sugar, and a week or two fermentation process.”

At two of the indoor warehouses, in a melding of old meets new, plants will be grown in pots in accordance with the Korean Natural Farming system underneath high-tech, liquid-cooled LED lights. 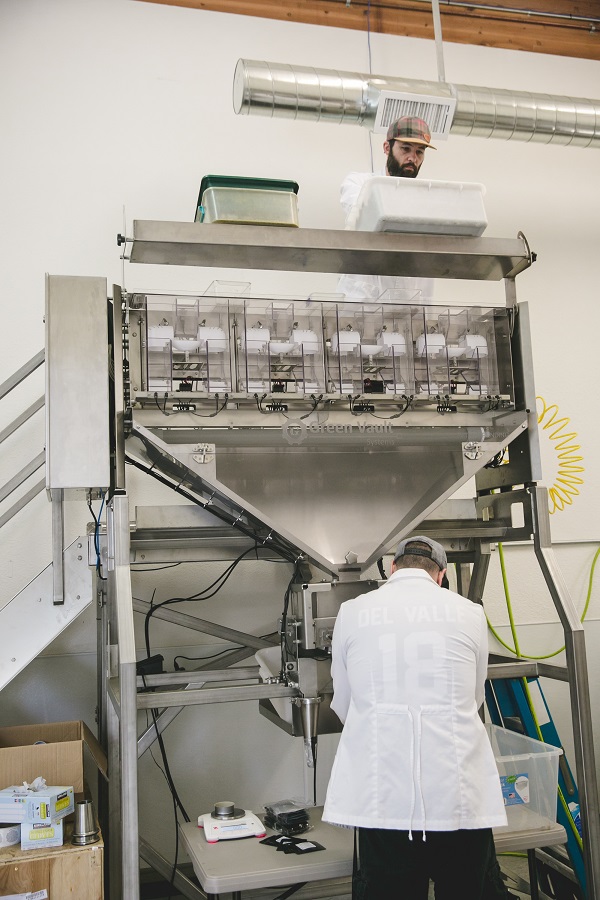 The Korean Natural Farming system and the advanced LED lights from Agnetix have not been implemented outside of a test environment, but Levine anticipates positive impacts on production levels, flower quality, and energy usage based on results during the test period. Mercy Wellness growers will collect measurements, compare outcomes, and accumulate data throughout the first few growing cycles to fine-tune the process and the end product. They’ll also be able to derive actual metrics regarding whether energy consumption and carbon footprint is impacted.

“It’s a pretty innovative system as far as how the lights integrate with their software,” says Levine. “We’re going to be able to document successes and failures through multiple cultivation cycles. We’ll be able to look back at documentation over the years and see, well, we did really great year two, let’s go back and see if we can duplicate those results by setting all the same parameters.”

It’s a modern, data-driven way of approaching cannabis cultivation—and a way of bringing indoor cultivation further into the light.

What’s the difference between Agnetix liquid-cooled LED lights and traditional LEDs? We reached out to Agnetix founder and LED pioneer Ihor Lys for the breakdown.