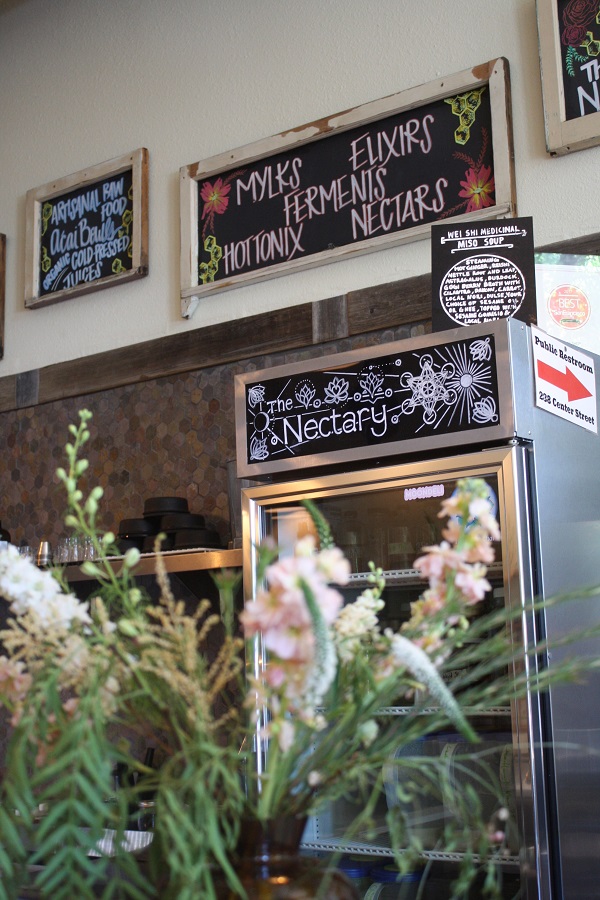 Food is medicine—that’s the motto Gia Baiocchi lives by. The Sebastopol native spent a formative decade on the island of Kauai where she was one of several partners in a vegan, raw foods restaurant called The Blossoming Lotus, eventually becoming head chef at a spin-off juice bar and bakery. In 2014, Baiocchi brought her wellness influencer sense to The Barlow, where she opened The Nectary, a juice, ferment, and smoothie bar set up to provide quick nourishment to locals and tourists alike.

“I like to think about the foundation of food, how it’s meant to nourish and feed us on a cellular level, not just on a taste level,” says Baiocchi, sitting at a back table at The Nectary’s Healdsburg location, which opened in July 2017.

“We opened three months before the fires happened,” Baiocchi recalls. “People that have been in business in Healdsburg for 20 years said it was the worst year they’d ever had. I figured if we can make it through that, hopefully, it will only get better.” 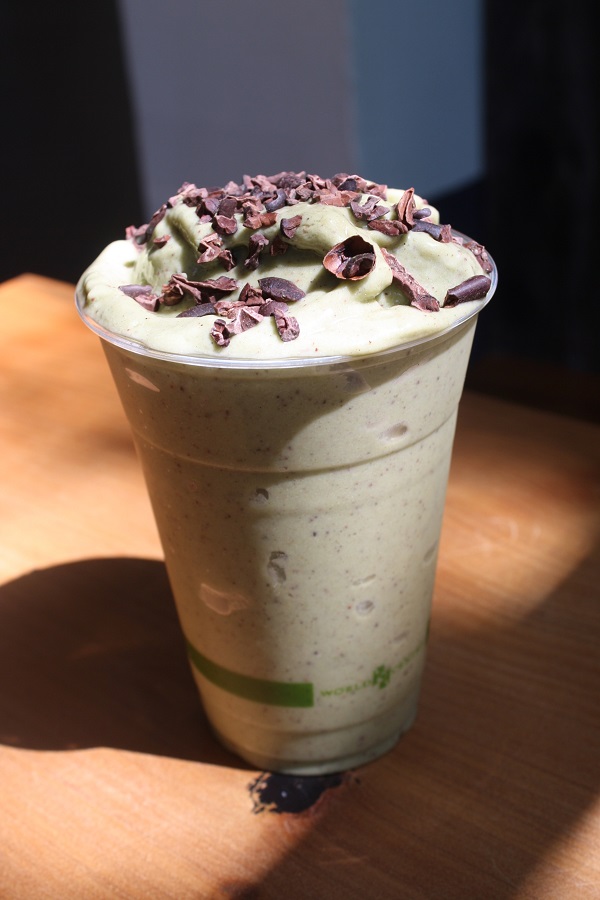 Summer is high season for The Nectary, a cheery, flower-filled spot where customers pick up fresh juices to go, and order smoothie or wellness shots made fresh in the shop. “Cold drinks are our speciality,” says Baiocchi, though she’s also an advocate for the more Eastern method of drinking warm drinks on warm days—to avoid shocking the system.

As we talk, I sip on a Watermelon Blissness—a fruit-sweetened agua fresca made from watermelon, lime, and mint. Outside, it’s 85 degrees, but t

he cold sip of melon has an immediate cooling effect. Another popular summertime drink is the Strawberry Nectar, made from local strawberries, California-grown almonds, cashews, and vanilla. It’s a quintessential summer drink, says Baiocchi, and kind of like a strawberry milkshake.

For lemonade fans, The Nectary does a spin on a lavender kefir lemonade that has soothing, refreshing, anti-inflammatory qualities. Those looking for something a little different might try the Turmeric-lime Jun—similar to kombucha but made with green tea and honey rather than black tea and sugar. Another hydrating drink—the name is a dead giveaway—is Electrolyte ($10), a juice made from cucumber, celery, sunflower sprouts, aloe, and lime. The keystone ingredient is sole (pronounced solay), which is a brine made from rock salt.

I end my visit to The Nectary with an Empowermint—a smoothie of blended banana, maca, coconut nectar, peppermint essence, and pumpkin seed “mylk,” plus a few other ingredients I’ve never heard of but sound like they’re probably good for me. And yet, the taste is like a minty, creamy soft-serve or a fullfat ice cream. I slurp it up with fast delight as the hot sun caresses my face. It’s definitely a taste worth returning for. The fact that it’s also nourishing for my body is just icing on the cake. 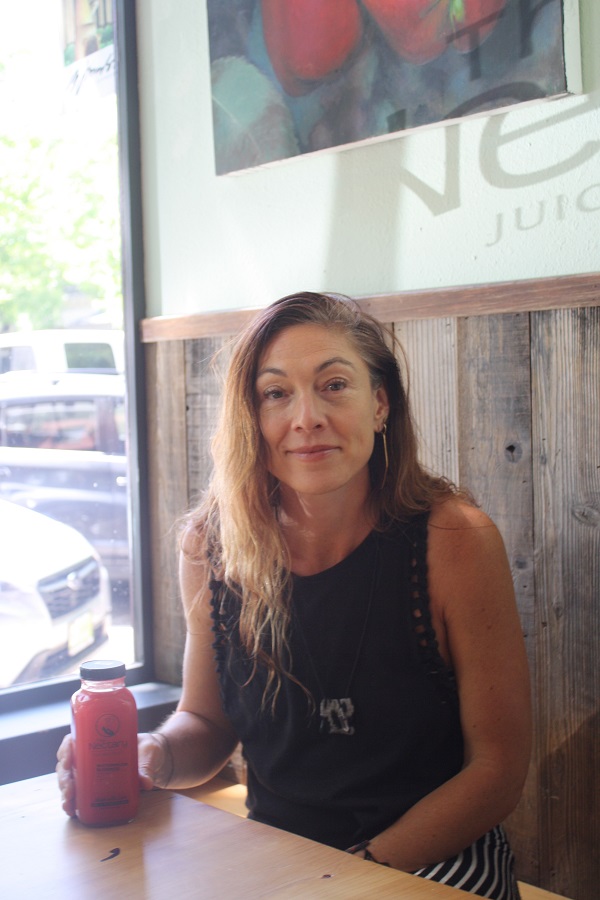 The Nectary is located at