A River Runs Through It

The Russian River Confluence brought dozens of organizations, county officials, government agencies, and common folks together on March 27 to discuss a 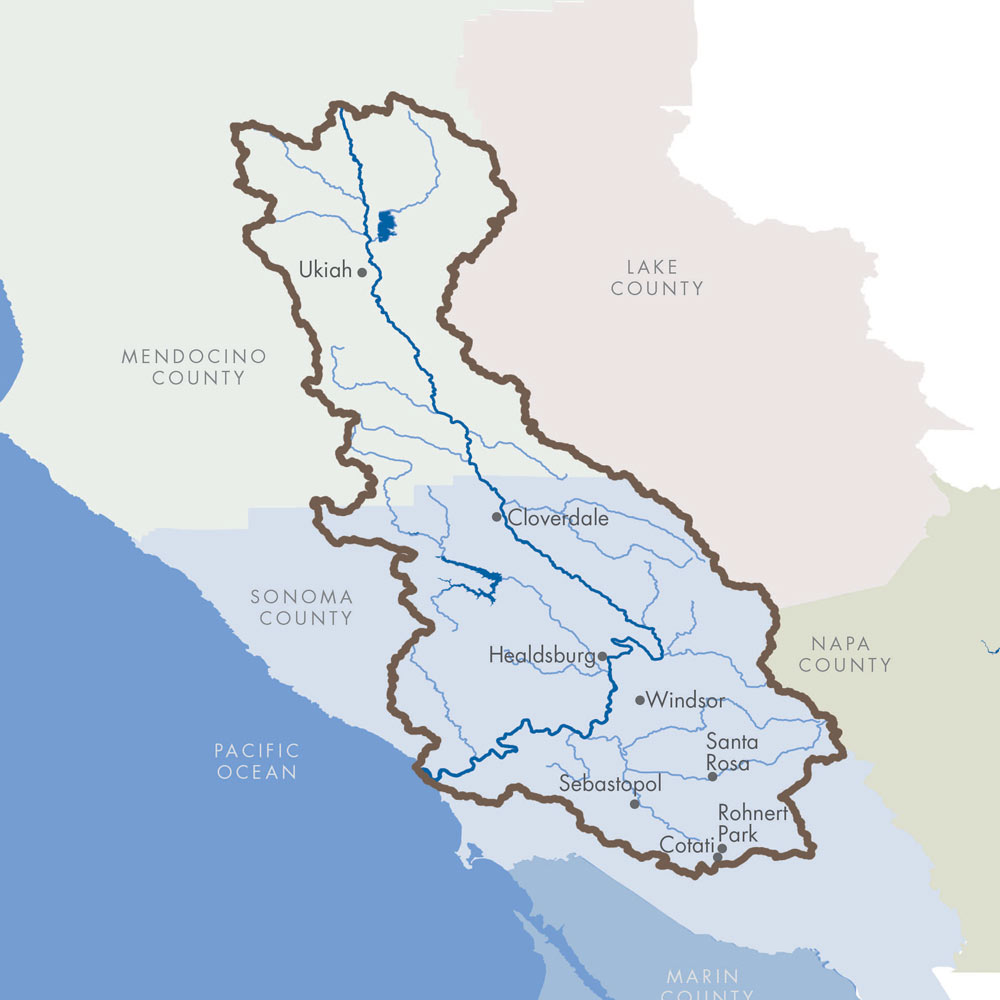 unified vision to celebrate and regenerate the Russian River Watershed. In other words, to promote a “beyond sustainability” approach to the watershed aimed at resiliency and renewal. “We need to write a new story for the future of our watershed,” said county supervisor James Gore. Gore and his team were inspired to action after completing a descent along the river from the headwaters in Mendocino to the place where the river meets the sea in Jenner. He calls it the One Watershed Vision, an ambitious plan to unite diverse communities in service to one cause: the regeneration of the Russian River Watershed.

What is a Watershed?

A watershed is all of the land that drains to a single water body. Watersheds are often named after the water body that they drain into—and the Russian River watershed is named after the Russian River. Watersheds are divided from each other by elevated land features such as hills and mountain ridges. Watersheds vary in shape, size, climate, vegetation, and many other physical characteristics, making each one a unique hydrologic system that stores and conveys water.

The Russian River Watershed is home to approximately 360,000 people. It covers 1,485 square miles and contains 238 streams and creeks. 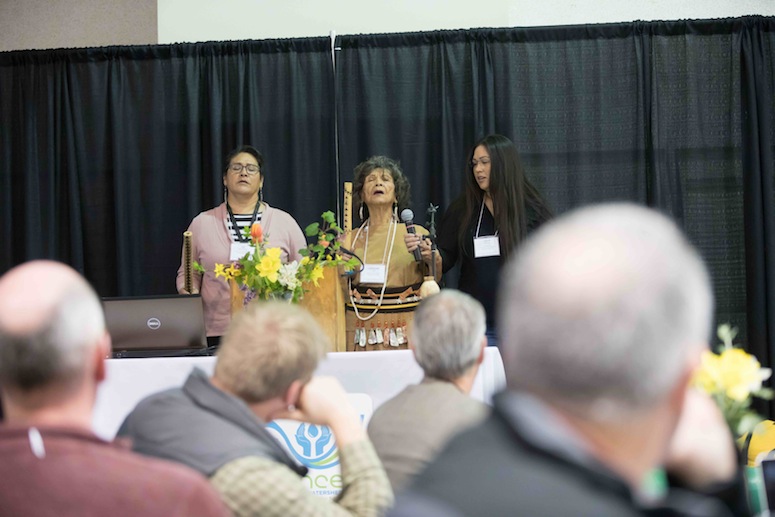 The Russian River Confluence featured an opening ceremony followed by a song by Liz Elgin DeRouen, board secretary of Ya-Ka-Ama Indian Education and Development, and her mother Lorraine Laiwa, executive director of the Indian Child and Family Preservation Program. Laiwa spoke of the cultural importance of the river ecosystem and native plants to her tribe. Ya-Ka-Ama means “our land” in the Pomo language. The land is situated on 125 acres between SRJC’s Shone Farm and Riverfront Regional Park and is partially bordered in the west and northwest by the Russian River.

Sixty-three species make their home in the watershed. Three of those are listed as endangered: Chinook salmon, Coho salmon, and Steelhead trout. At the confluence, Sonoma County Water Agency employee David Manning presented information on a project that tags and tracks juvenile salmon and steelhead throughout their entire life span in the Russian River. Tracking the movements allows scientists to understand what the fish need to not just survive but to thrive. One Steelhead swam 25 miles upstream to Dry Creek, surprising everyone and opening up new understandings about high-quality habitat.