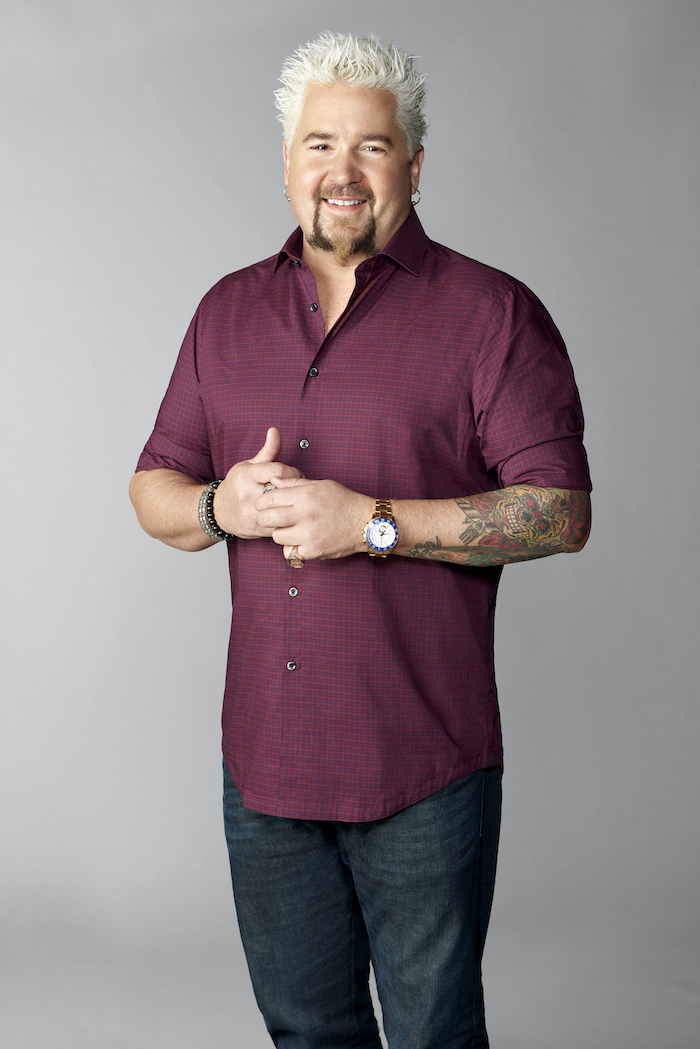 Guy Fieri, one of the world’s most recognizable and influential culinary stars, is a chef, restaurateur, New York Times bestselling author and Emmy Award-winning TV host. In 2019, Guy received a star on the celebrated Hollywood Walk Fame, a rare feat for a chef.

Guy began his love affair with food at the age of ten, selling soft pretzels from a three-wheeled bicycle cart he built with his father called “The Awesome Pretzel.” After selling pretzels and washing dishes for six years, Guy earned enough money to pursue his dream of studying abroad in Chantilly, France, where he gained a profound appreciation for international cuisines. He returned to the US and graduated from the University of Nevada, Las Vegas, with a degree in hospitality management.

Upon his graduation, Guy jumped headfirst into the restaurant business, ultimately opening his own casual dining concepts in Northern California. In 2006, Guy won the popular television competition show, Next Food Network Star and was awarded his own series, Guy’s Big Bite. Since that time, Guy has taken food television by storm as host of top-rated TV shows including the iconic, Emmy-nominated Diners, Drive Ins & Dives, Guy’s Grocery Games, Tournament of Champions and Guy’s Ranch Kitchen.

On land and at sea, from the Las Vegas Strip to the Atlantic City Boardwalk, from South Africa to Colombia and from Costa Rica to Dubai, Guy’s culinary and spirits creations are enjoyed daily.

Whom do you admire, and why?
My dad.  He’s always been my barometer. From day one, he’s taught me to work hard and to do what’s right.

What was the last best thing you ate?
Dinner with my family last night.  What the actual dish was is irrelevant in my world.

Name something you do or do not regret.
I regret every day that I’ve not spent with my boys because I was working. Then again, I don’t regret it because it’s given them great perspective on what hard work is and my work has provided us with a lot of good fortune.

What 3 things bring you joy?
My family. My friends. A good Americano.

Where else have you lived?
I lived in France for a year in high school and that really kicked my love of food into high gear.

What are you good at making?
Mayhem.

Recall a time you changed your mind about something.
I’m going to start eating eggs. Never mind, no I’m not. (See what I did there?)

What would you do if you knew you couldn’t fail?
I don’t really think in terms of failure. If it’s a worthy mission, I believe I can do it.

If you could instantly have one skill, what would it be?
That’s easy—I’d want to be able to rip on the guitar.