Story by Jess D. Taylor // Filed under Folks You Should Know Nov/Dec 2021 The End Bit 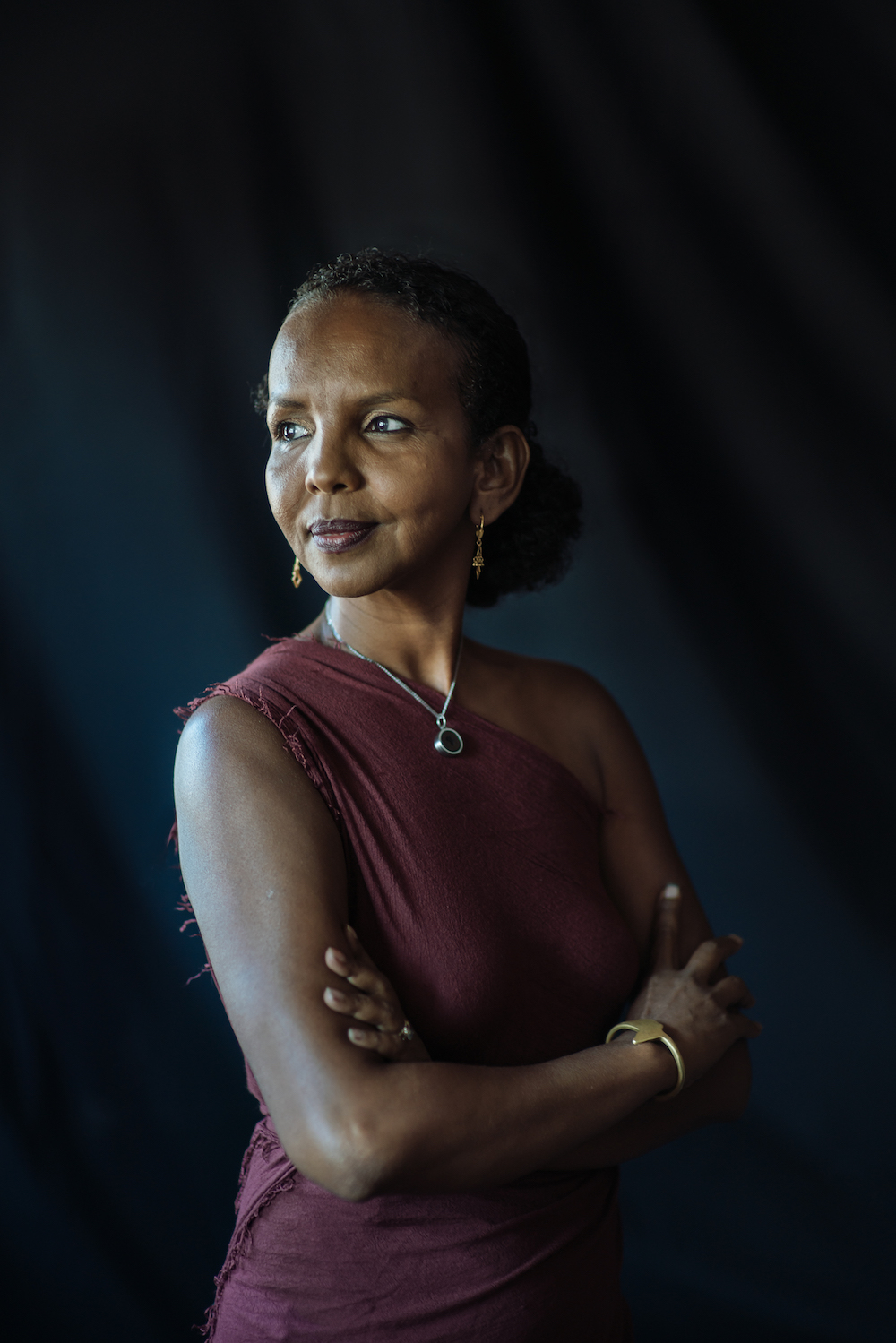 Shugri Said Salh was born in the desert of Somalia in 1974 and spent her early years living as a nomad. In 1992, she emigrated to North America after the civil war broke out in her home country. She attended nursing school at Pacific Union College and graduated with honors. Though her first book, The Last Nomad: Coming of Age in the Somali Desert, was published in August, Shugri has been storytelling since she could talk. From her grandmother and the nomadic community in which she was raised, she heard stories and learned of their power to entertain, teach, and transform. When she isn’t writing or telling stories, she works as an infusion nurse. Shugri Salh lives in Sonoma County with her husband and three children.

Who do you admire, and why?
I admire so many people, but one person who stands out for me is Nelson Mandela. Mandela represented ultimate courage interwoven with compassion and forgiveness. I feel if many of us carried even a hint of who he was, this world would be better for it. Who among us, either black or white, could go through what he did and come out better on the other side?

What was the last best thing you ate?
Is it sad that nothing is jumping to my mind right now? Th is past year I almost died due to complications from gallbladder surgery that resulted in me not being able to keep down food. Even now I have to be careful, but I think I would have to pick the Ethiopian food I had recently. It was done just the right way: juicy, spicy sauce served with fermented injera (Ethiopian flat bread).

Name something you do or do not regret.
I recently stepped down from my full-time nursing position to an on-call position. Though I thought I would regret this decision, the on-call position gave me back control over my life. Before stepping down, my manager refused to give me the time off I needed for my book tour. I did not want to lose my long-time regular patients, but I needed to be available for appearances. Moving to an on-call position allows me to focus on my writing while still keeping my nursing skills and seeing my patients.

What 3 things bring you joy?
A good book is at the top of my list. Having tea with a friend who has an exciting story to tell also brings me joy. And going on a good hike that leads to encounters with nature and animals brings me both peace and joy. A good hike for me includes bird watching, climbing trees, and journaling as I sit under a shady tree, imagining who might have walked this land before me.

Where else have you lived?
I was born in Somalia, and lived in Kenya and Canada before moving to the USA.

What are you good at making?
I am good at cooking Ethiopian and Somali food. When my good friend was diagnosed with breast cancer, I spent three days cooking and fed 60 people to make her 40th birthday special.

Recall a time you changed your mind about something.
I hope you are not waiting for me to say something full of wisdom, because all I can come up with is the time I changed my mind about watching the show “The Walking Dead.” I had decided not to, but because my husband kept watching, to my regret, I did see a couple of episodes. As I suspected, it gave me intense nightmares.

What would you do if you knew you couldn’t fail?
If I could not fail and it would not kill me, I would probably work on bringing peace to my Somalia. I would open up a school in Somalia that educates girls. I would invest in bringing back Somali wildlife and culture to the country as well.

If you could instantly have one skill, what would it be?
This might sound silly, but I want to have the ability to fly.

You host an intimate dinner party with up to 4 guests, living or not. Who’s coming?
Nelson Mandela, Angelina Jolie, Sigmund Freud and my nomadic grandmother, Halima Hirsi Bille. That should make for some interesting conversation!