Writer Kelly Gray: In Her Own Words

“I think when you look back at yourself as a young coyote, it’s really hard not to say, I was so scruffy. I made so many mistakes. I was not strong enough and my bite was weak. This judgment is held secretly, privately, especially in today’s robust trauma-porn wilds, where everyone has such a neatly laid story of depravity stacked up into victory. As a coyote, you don’t want to be a part of that narrative, even though it’s true. You don’t want to brand your identity as the pup in the woods alone, even though solitude is your thing.” 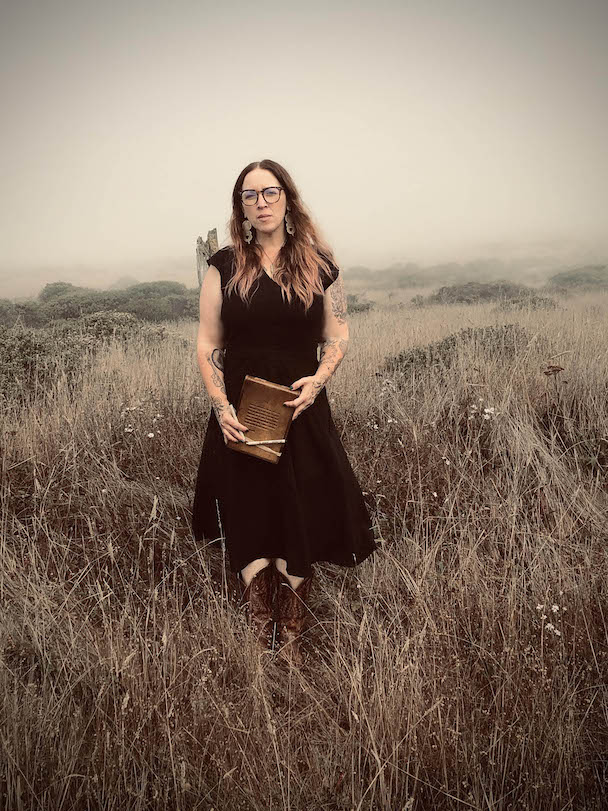 Kelly Gray (she/her) is a writer, playwright, and educator living among the quietest trees in the world on Coast Miwok land. She started writing when she was a child, believing that she would grow up to be a poet. Instead, she dedicated a decade to the labor movement, organizing healthcare workers, and then morphed into a full spectrum birth worker. She continued to write, feverishly, but kept her work folded into books by her favorite authors. Her interests and life expanded; she became a mother, a certified naturalist through Stewards of the Coast & Redwoods/Cal Nat, and a raptor handler at the Bird Rescue Center. It wasn’t until she took a class with local writer Dani Burlison that it became clear she wanted something deeper for her writing: to share it.

Since then, Gray has focused on short stories and poetry. Her work explores the tension between loss and survival, de- centering human narratives, sexuality, motherhood, violence, and folklore. Her stories are set in landscapes that will ring familiar to Sonoma County residents—lush forest floors, curving estuaries, fire- and quake-marked coastlines.

Gray has been nominated for a Pushcart Prize by Atticus Review and Best of the Net by The Account Magazine, and her writing has been featured in many swoon-worthy publications. Her debut book of poetry, Instructions for An Animal Body (Moon Tide Press) and her micro-chap book, My Fingers are Whales (Moonchild Magazine), are available through her website. During the pandemic, she wrote her first play, Beautiful Monsters, which is being produced by Left Edge Theater and showing at Horse & Plow Winery this August.

In her private life, Gray is almost a cliché of a writer. Reclusive, shy, masked. She is mother to one perfect cat, two spoiled yet emotionally bereft dogs, and a beautiful human child who is the recipient of her lifelong love letter, a work still in progress. She is fortunate enough to create a home with her co-conspirator, painter Gage Opdenbrouw, where they center life beneath the shadow of flowers. She raises native moths, makes paper art, forages for bones and mushrooms along the coast, and is most happy when friends bring her boxes of pink donuts. When Gray is not doing these things or writing, she teaches a childbirth class focused on dropping into the animal body. Her only regret: that she did not start sharing sooner.

When the children found the fawn, they dropped

to the soil, sweet morticians of the plains, gathering grass and flower, the pink of coastal buckwheat, the yellow of prairie,

to tuck beneath the open cavity, all exposed rib,

the space where a heart should be, coilings of a stomach removed, carved out by the patience of a vulture beak,

the small mouth of beetle, now filling the inside of body with child song. Their shoulders touched, heads bowed,

counseling in child language the removal of teeth, a pocket memorial, to remember. A collective nod.

I thought to interrupt, but held my urge on my tongue, observing the work of people closer to the ground than I.

A seamless ritual, a knife pulled, tip between soft tooth and gum. Not a cringe, only murmur in their gentle work,

small hands, a petting of the body.

The light spilled gold as we walked back acrosscoastal bluffs,

to dig a hole in the foot of the bunched grasses, giving back the teeth, realizing that motherhood beyond their own walked this land, 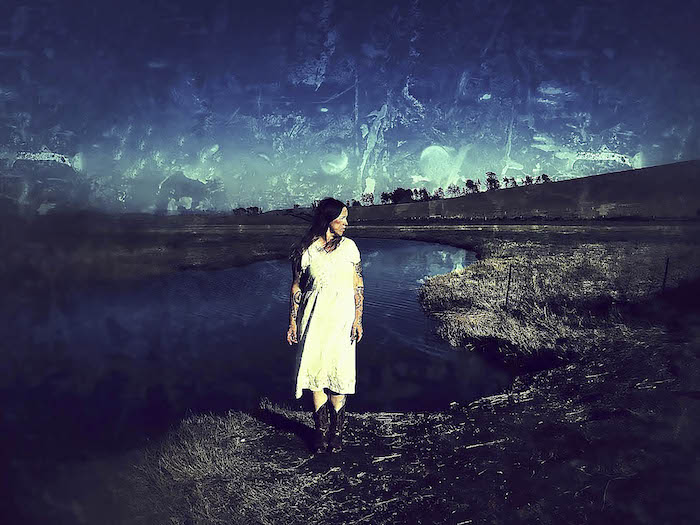