No Can Stands Alone

Green Mary on her Decades-Long Mission to Create Less Waste

While waiting for her latte at Coffee Catz one January day, Mary Munat wandered over to the nearby Sebastopol Inn to ask what they were doing with their organic waste. After chatting with the onsite manager about the inevitable waste stream of the newly converted inn into a shelter for the unhoused, Munat, better known locally as Green Mary, volunteered to get them a green bin and sort their trash to be sure that all organic waste could be kept out of the landfill.

“There’s a difference between not making garbage and actually making soil,” Mary tells me on another chilly afternoon. We’re sitting outside of Coffee Catz in camping chairs—”I figured these would be more comfy, and keep us warmer,” she says with a smile—talking trash. 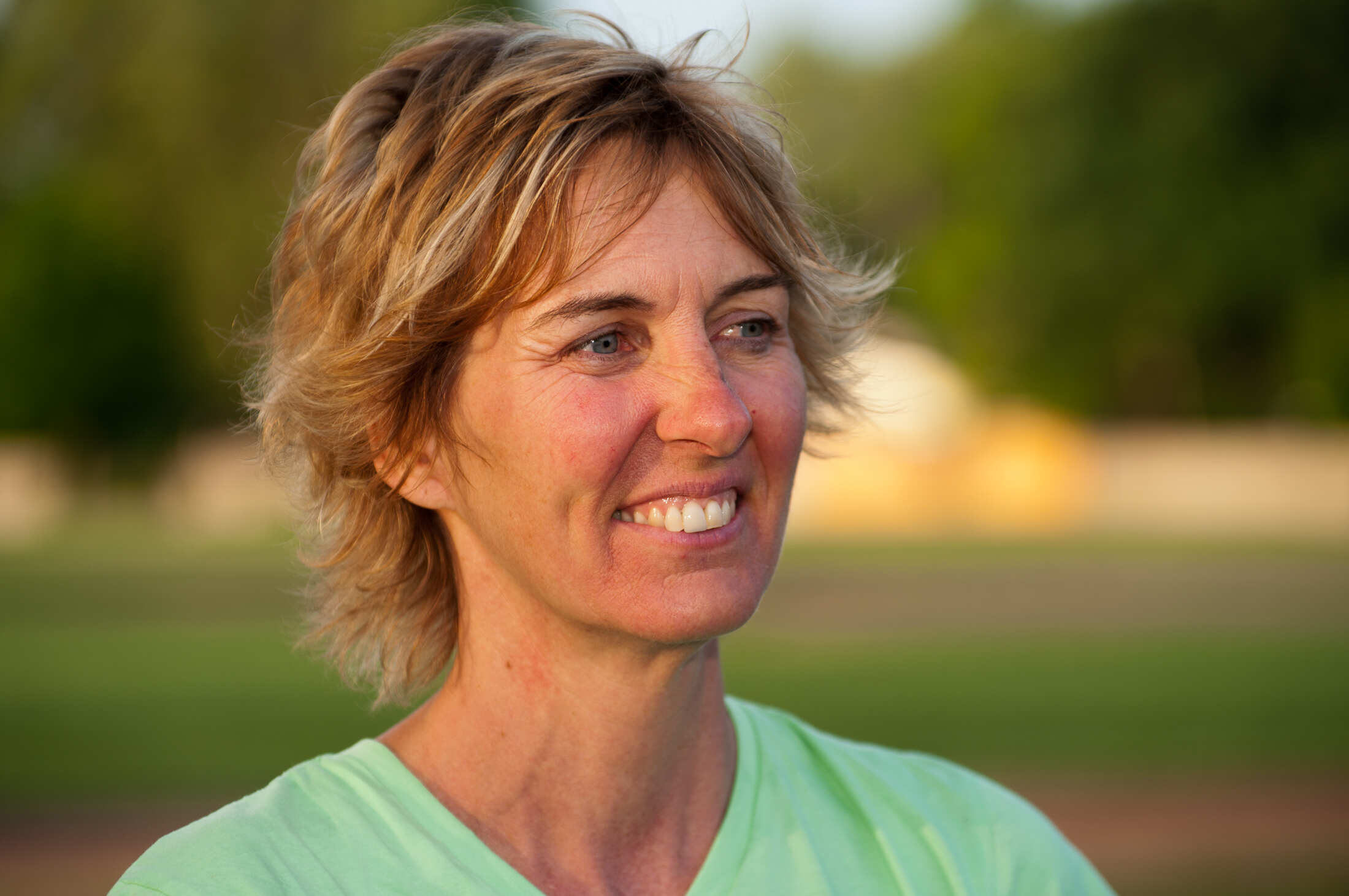 “What constitutes trash is actually quite small,” emphasizes Mary, who for the past two decades has devoted herself to waste-diversion, essentially keeping things out of the landfill. Much of it involves the dirty work of sorting—taking bags and bags of refuse and separating compost and recyclables from pure trash—which Mary loves.

The science is clear and convincing: compost should not go into the landfill, period. Not only does rotting food, yard waste, and paper—the composition of compost—help to regenerate the soil with the probiotic bacteria that breaks soil down to its micro-nutrients, it also helps the soil retain moisture and sequesters carbon dioxide, the second most toxic greenhouse gas, from the atmosphere. On the other hand, methane, the most toxic greenhouse gas, is released when organic matter breaks down in anaerobic conditions—that is, in the absence of oxygen, in the landfill—which contributes to climate change.

And yet according to the EPA, only 5% of our organic waste is composted on a national level. Thanks to folks like Leslie Lukacs, executive director of Zero Waste Sonoma, and Anita Migliore, a Waste Zero Specialist for Recology who’s opened hundreds of compost collection accounts since 2018, that percentage is much higher here in Sonoma County. According to Lukacs, nearly 70 percent of our county’s organic waste is diverted from the landfill.

“Composting doesn’t just benefit our farmers, our crops, and our local environment, it also benefits people’s bottom line,” Migliore tells me over the phone. She recalls client and restaurateur Gustavo Gutierrez, owner of Los Tres Chiles, who was skeptical at first. But when his garbage bin shrunk to a third of its previous size, he was sold. “Investing the time and energy to compost is worth every penny,” Guiterrez confides over the phone. “It’s more expensive for our planet if we don’t do it.”

Born in New York City to “flaming liberal” parents, Mary remembers fondly their move to a small town in southern Vermont when she was 12. Her Walden-esque family bought and ran a ski lodge without any garbage service, “back when poor, frugal, and environmental all meant the same thing.” All paper products were burned in the fireplace, and the rest of their waste was sorted at the dump—“a fun social scene” of gossiping, separating recyclables and rescuing anything that might be repaired or reused.

After serving for six years in the Army Reserves as a journalist and editor—“I joined so I could learn to write for peace,” she tells me—Mary switched coasts to be with her Navy boyfriend. In 2000, while overseeing a team of 500 volunteers at the Health and Harmony Festival here in Santa Rosa, she listened to a speech by Julia Butterfly Hill, who is famous for living in a redwood tree for 738 days to protest logging.

Instead of platitudes about love and light, Butterfly Hill chastised the audience: “Shame on you! I’m not coming back until you’ve GREENED this event!” Mary fled the gathering in tears, surrounded by people using single-use napkins and utensils—and contributing to the 53,000 tons of waste produced by festival-goers annually in this country, according to Claire O’Neill, cofounder of A Greener Festival.

She decided to take action and do just what Butterfly Hill called for: she would put on zero-waste events. Green Mary was born. 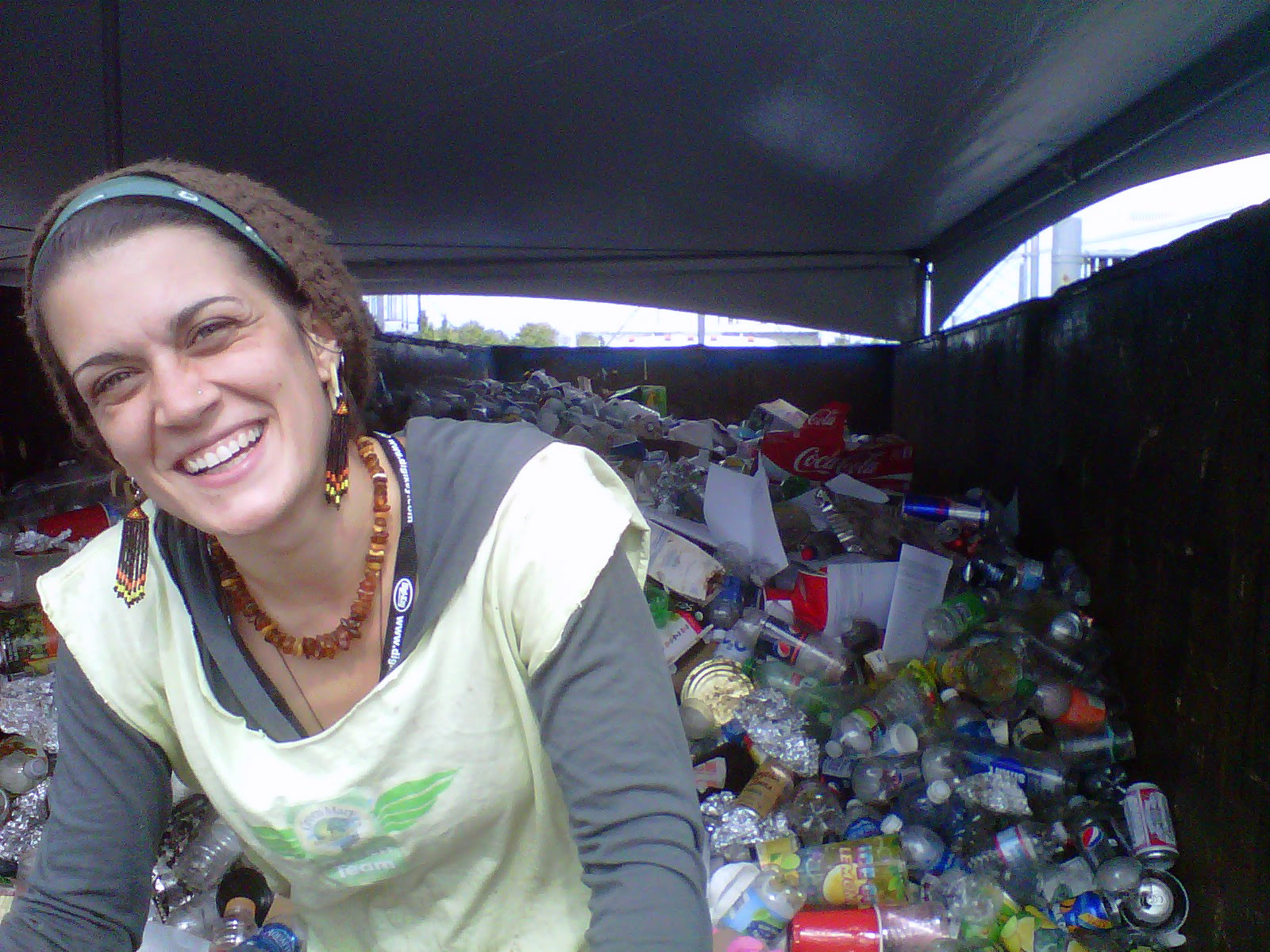 “Food recovery is the biggest job,” explains Mary, who’s greened everything from local pancake breakfasts and crab feeds to massive festivals and elite affairs that involve Leo DiCaprio. Manifesting the motto “No can stands alone,” all of her zero-waste events have “baby cans” (read: small cans that fill up with waste destined for the landfill) flanked by much larger recycling and composting cans with 3D signage that gives people examples of “what goes where.”

Another integral part of the greening efforts are the water refill stations that replace plastic bottles and ensuring that vendors are using compostable wares for their food service. For those who want to green their own events, she’s amassed a lending library of second-hand dishes, cups, utensils, serving platters, napkins, all of it, which she rents for a flat fee of $75/day.

Not unlike Julia Butterfly Hill who inspired other tree-sitters, Green Mary has inspired hundreds of “wastelings” to carry on her work throughout the Bay Area and beyond. Former employees Caleb Roberston and Pytr Bob went on to cofound the Trash Pirates, a loose collective of folks who’ve greened music festivals all over the globe, including Coachella, Burning Man, and, in 2019, Hardly Strictly Bluegrass in San Francisco (under Mary’s purview). She taps into her network and refers other groups when called to green an event that’s too far to make the travel’s hefty carbon footprint worth it.

“All Pirates know of Green Mary. She’s like the mothership,” says Pirate pioneer Kirk Kunihiro, a waste and recycling consultant in Long Beach who spent three years working weekends for her while earning his degree in environmental education. 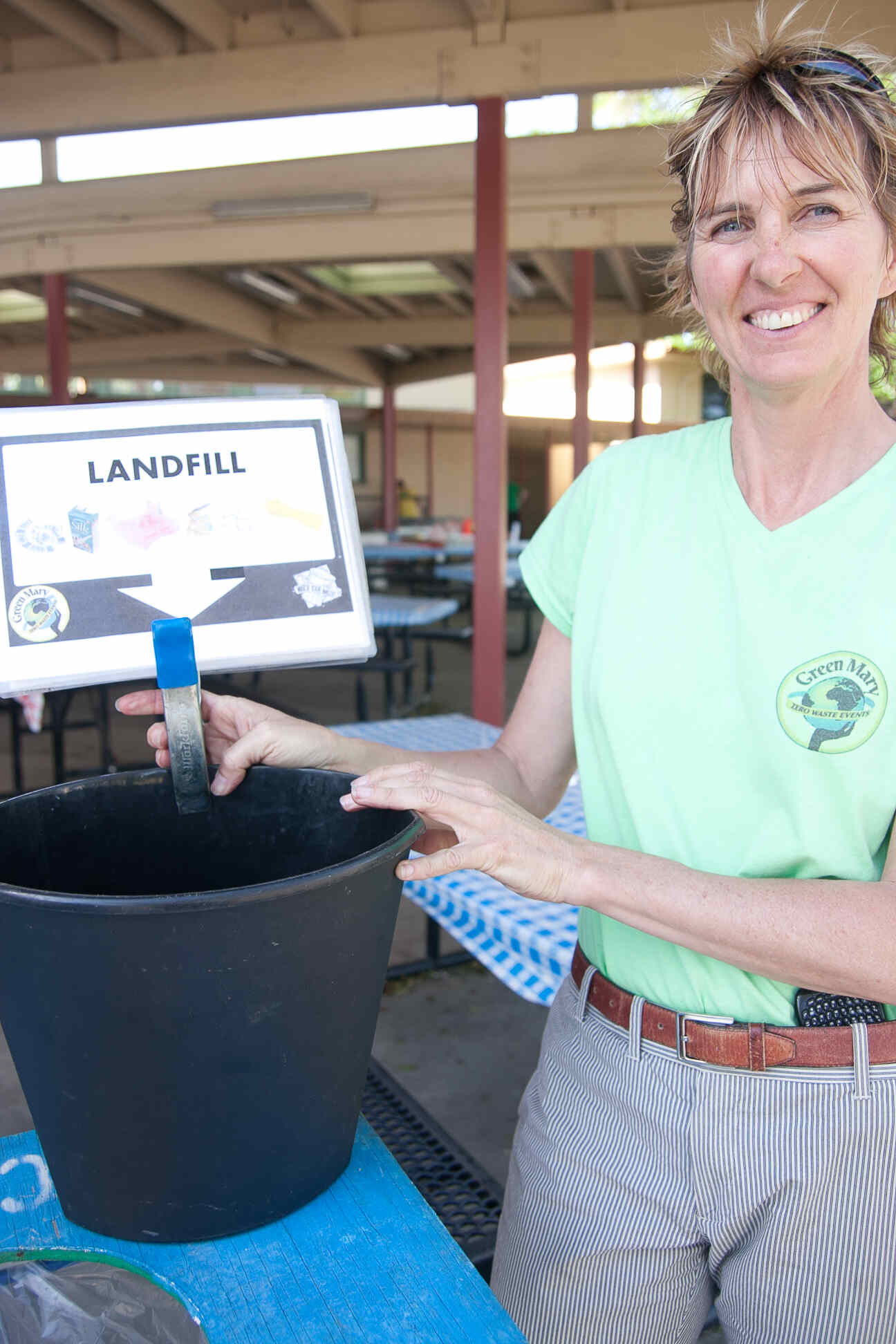 “I was standing in a compost dumpster, soaked through to my socks in compost juice,” he says of his first gig, a massive corporate Christmas party on Treasure Island, “picking out contaminants like twist ties, plastic cups, random bits of plastic. It felt good to be doing quantifiable work. With my gloved hands, I sorted and diverted dozens of trash bags, probably about a ton of compost, from the landfill. I was hooked.”

By late 2019, Green Mary had over 300 upcoming events scheduled, as many as 5-7 events some weekends. She had 60 regular employees, including eight managers who were all making $42 an hour. Then COVID happened. Luckily, she was able to pivot rather than despair, explaining candidly: “The most surprising thing about this job is that I can actually make money while doing something good for the planet.”

So she continued to employ people intermittently (“Who wants to sort?!”) and is now “going after grant money for projects” as part of her new nonprofit, Goodwerks, which is already working on a water dispensing station for homeless folks in Berkeley and Oakland. They are also working closely with Zero Waste Sonoma on starting fix-it clinics and aiming to establish hygienic water distribution at evacuation sites when fire season rolls around again.

Unsurprisingly, she’s always sorting, most recently for the Humane Society, where it’s reusable cages versus doomed-to-metal-bits (find them free on Highway 116), and for a Waste Characterization Study sorting six-yard gaylords of textiles (through the California Product Stewardship Council) to assess which fast-fashion companies are contributing the most to landfills. Thanks to the bounty of a friend’s daughter, Mary is now collecting dead pens—a form of “crap plastic” that can be recycled through companies like TerraCycle (she’s hoping for a more local solution at some point).

An hour spent talking to Mary is like fertile soil, nourishing and life-affirming. Other things that have her jazzed these days: reading Emerson in her new MA program at the Holmes Institute, hanging with her new fiancé (she proposed in the fall), dog fostering when able, and her recent involvement with Braver Angels, an organization devoted to healing the political red/blue divide in the United States.

“It would be great if we all stuck by our values,” says Mary, brandishing her utensils and napkin (which she never leaves home without). “It starts with the lowest hanging fruit—bring your own stuff!”

“We all mess up sometimes, too,” she admits, holding up a disposable cup from the cafe. “Since I can’t bring my own cup these days, I could’ve just brought my own coffee. But then again, we want to support local businesses…” She flashes a big smile and continues, “We just need to acknowledge where we fall down—and then get back up, and back to work.”