Josh Windmiller’s Got You Covered

Besides being bandmates (known as the ukulele duo Sorry Not Sorry), Lorelle Saxena and I are busy, hard-working moms of young children. We often joke about the quintessentially MacGyver-ish situations we find ourselves in, wherein we have just a few seconds to dismantle a proverbial bomb, and somehow we manage to pull it off right before the explosion. Our musical endeavors are no exception. We enjoy the challenge of learning and mastering a song right under the wire, which is a big part of why we love to play live shows.

With the advent of SIP, it seemed that live music would go the way of the handshake, and our weekly band practices became more about drinking whiskey and lamenting the state of the world than learning new material. But then Social Distance Live came along, and with it, a renewed sense of musical purpose.

The concept is simple yet enthralling. Sunday mornings at 11am on Facebook and YouTube, SDL live streams a compilation of videos submitted by a diverse pool of incredible Bay Area musicians. Each show features cover songs from a particular artist, ranging from Lucinda Williams and Billie Holliday to The Pogues and The Pixies. After their first show featuring songs from The Velvet Underground, I was completely hooked. 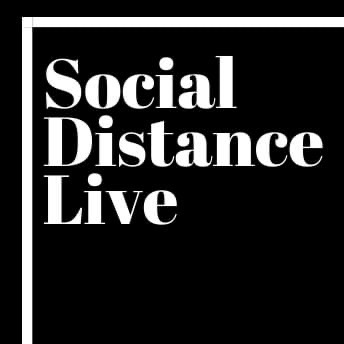 Brainchild of San Francisco-based artist James Freebury, Social Distance Live was on the forefront of the epidemic-led transition to online consumption of live music. Freebury teamed up with Santa Rosa musician, promoter, and professional community-builder Josh Windmiller to host the live streams and corral the local music community into this carefully curated online venue. “Essentially, we wanted to create the cult movie night of cover shows,” Windmiller says.

So now, in our typical MacGyver fashion, our Thursday practices are spent learning and making a video of a new song, many of them out of our genre and comfort zone. We’ve done standards in our line-up like Townes Van Zandt’s “If I Needed You” and also punk-ukulele covers that we never would have dreamed of. There have been two moody midnight shows where Social DistanceLive covers a Tom Waits album end-to-end, my personal favorites.

“One of the great things about live shows is seeing the opening band,” says Windmiller. “But social media is such an echo chamber, you are only going to see things you already know, so…” Freebury finishes his sentence, “We are putting windows in the echo chamber.”