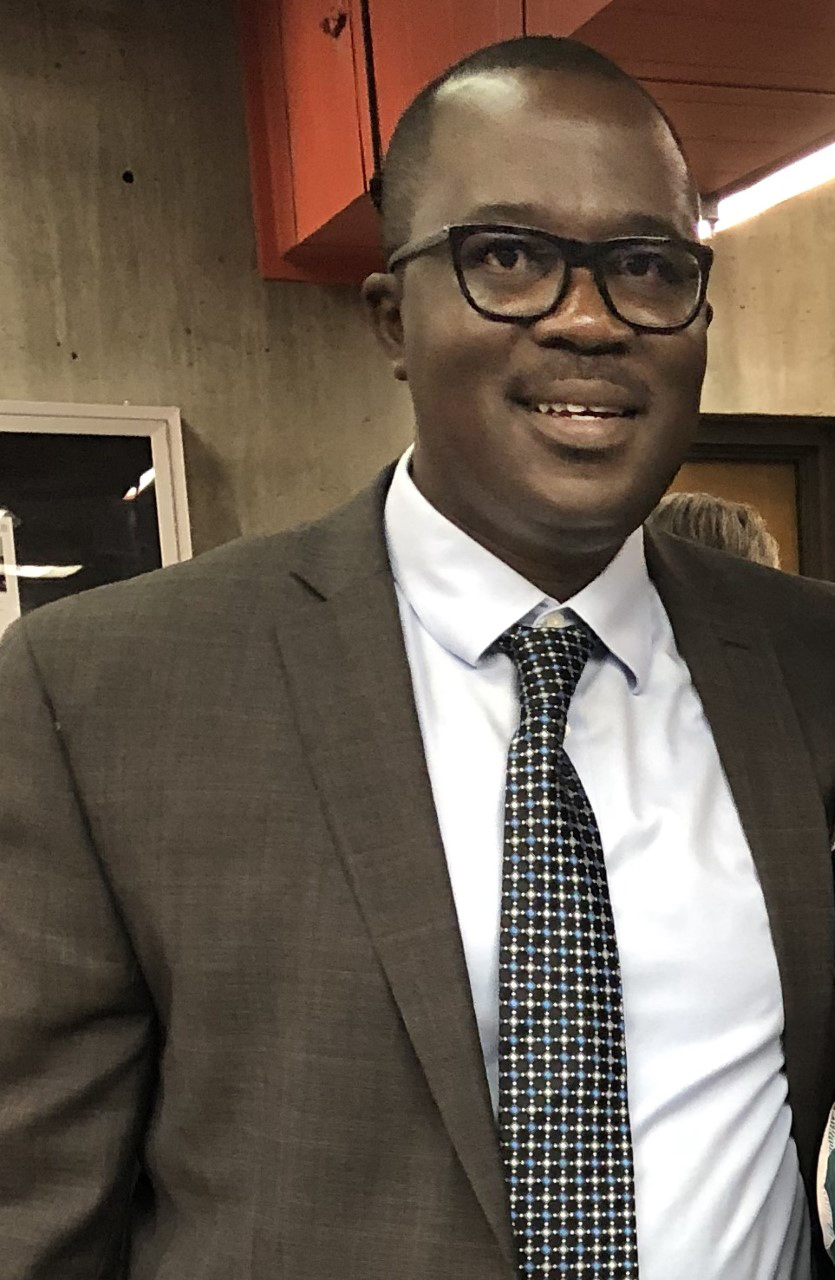 Dr. George Sellu is an agriculture professor at Santa Rosa Junior College (SRJC), where he teaches plant science and coordinates the hemp agriculture and agribusiness programs. George led the SRJC efforts in developing the first hemp agriculture program in California. He graduated from the University of California, Davis with his master’s and doctorate degrees in agricultural science. His current research projects include food security and agriculture development, Best Management Practices (BMPs) for hemp cultivation and the potential of hemp terpene drift on wine grapes in Sonoma County.

George is a United States Department of Agriculture (USDA) fellow and has been involved in agriculture education, agronomy, agriculture policy, international agricultural development, and advocacy for over two decades.

When it comes to your own research/scholarship, what are you most interested in and passionate about?

Initially, I was focused on healthy food production, but recently, I’ve pivoted over to food security and business ownership. People come to me with ideas and I help them bring those ideas to market. We look at the food system’s value chain and anticipate where beginning business owners will face challenges and help prepare them to overcome those challenges. I work with both small and large farmers, which provides valuable classroom lessons.

For example, right now people are talking about hemp production and are worried about its impact on wine grapes. But I’ve found that there’s no peer-reviewed research that shows negative impacts of hemp on wine grapes, so that’s a good place to start doing more research. Hemp, like other grain crops such as corn, rice and and wheat require a much lower capital investment compared to wine grapes, which cost anywhere from $25-35k per acre to plant. More importantly, hemp provides a higher revenue per acre compared to other grain crops which could help low-income farmers service their business loans and potentially become financially independent. Preventing low-income farmers from increasing their revenue stream in a shorter time is an elitist mentality that needs to be challenged.

Most people know the racist roots of agriculture in this country. What might surprise people about the intersection of race and agriculture as it stands today?

Well, it’s important to remember the Homestead Acts of the 1800s, which effectively transferred land to white individuals and excluded black people, not so much in letter but in practice. Freed slaves were often still under contract with their former owners and had no cash and no knowledge of how to navigate the government bureaucracy. This transfer of land set the stage for wealth transfer through real estate, and this lack of land ownership has largely kept black farmers out of agriculture. Only about 2 percent of farmland in this country is owned by black people. In Sonoma County, it’s the same story: white folks have had a monopoly on private land and because the cost of real estate is so high, it often prohibits people of color from getting into agriculture. You must have capital in order to buy and farm your own land or you are relegated to working for someone else.

How does Sonoma County compare to the rest of the country in terms of race, land ownership, and agricultural justice?

Only about 2 percent of the population of Sonoma County is black, so it’s very rare to see black farmers here. And because of cost of living, those numbers are shrinking from even 20 years ago. When I’m at an agricultural conference, I’m usually one of maybe two black people among a couple thousand. I’ve been teaching about 130 students per semester in Santa Rosa for seven years and have had only seven black students, total. So we need to find ways of getting more people of color into farming. While we have more Latinx students taking agriculture classes, a large proportion of them are still stuck in low-paying jobs (e.g., produce stands, tasting rooms, etc.) in the agriculture industry. For this reason, more Latinx students move away from pursuing careers in agriculture because they haven’t seen a clear path to business ownership for their parents who’ve been working hard for the same salary for years.

Sonoma County has over 400 vineyards. Latinx people make up less than 10 percent of that ownership, but over 90 percent of the labor force. When you show up to a farm/ranch/vineyard, you are most likely to find a white manager/owner overseeing a crew of nonwhite people who are paid hourly. Thus, they are showing up to work no matter what, which compromises their health during this pandemic and contributes to the disproportionate number of Latinx people being affected by COVID-19.

How can agriculture and food systems be avenues of social justice and reform?

We need policy change, not talk. The USDA has been concerned about the aging population of American farmers, so they’ve developed federally funded programs that train and support aspiring farmers and ranchers through a cohort model. Participants in these programs have access to federal agriculture specialists that provide advice and coaching for beginning farmers. The model exists—we just need to re-purpose it for people of color. Here in Sonoma County, where 90 percent of the land is privately owned, we need to focus on that remaining 10 percent. What about deliberately creating a lease-to-own system in which affordable parcels of land are made available to young folks learning to farm?

We also need allies and people of color along every step in the supply chain—from farmers and producers to buyers and distributors. We need an industry that supports workers to move up into leadership or ownership—like Ulises Valdez, who started working the vineyards of Cloverdale when he was 16 and eventually moved up to manager and then started his own business, Valdez Family Winery, which was passed down to his children after his death a couple of years ago. There’s also Brenae Royal, a black female farmer who is the youngest-ever vineyard manager of Monte Rosso Vineyard. As our demographics continue to shift, it behooves farms, ranches, and vineyards to think about modeling racial diversity for an increasingly diverse customer base.

What are the most potent, concrete ways for people to enact their anti-racist ideologies in Sonoma County right now?

I think white business owners need to do their own homework. First, they need to understand and accept that there’s systemic racism within agriculture and take bold steps in training their staff. As a black guest at a farm stand or winery, I am often treated differently depending on the training and background of the staff or owner. These days, I only visit farms and wineries that I’m familiar with—such as Laguna Farms, Tierra Vegetables, Balletto Winery, Sunce Winery—where I know the owners and where former students often work, so I feel safer. In order to make our agriculture businesses more accessible, owners need to be intentional about addressing racism within their businesses.

Our food system has always been structured around racist policies, and we need employers who understand that we do not live in a post-racial America and listen to their nonwhite employees. We need to build a system that gives small, local farmers an avenue to sell their food at affordable prices. We need allies who enact change at the policy level.