One of America’s earliest nationwide ecological disasters unfolded a century ago. Urged by railroad companies, land speculators, and the U.S. government, farmers flooded the American West, bringing unsustainable practices to the frontier’s arid climate. Years of over-tillage coupled with drought resulted in the Dust Bowl, which swept a sixth of our precious topsoil away, decimating farms, livelihoods, and entire communities in its wake. 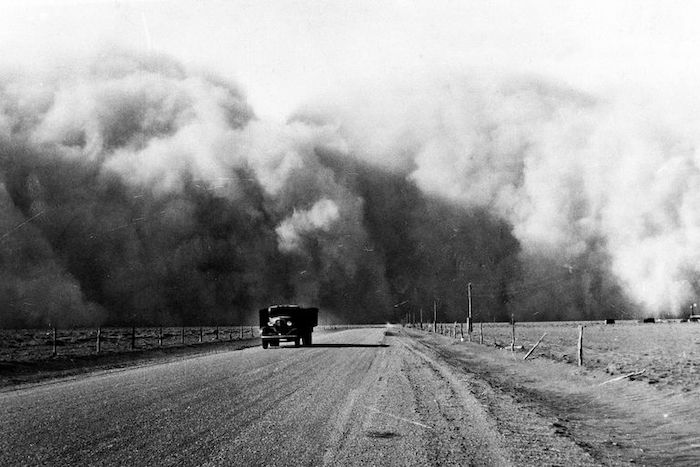 Imagine if we’d done nothing. Imagine if our political leaders had simply drawn their shades as soil from a thousand miles away eclipsed the sky above Washington D.C. Imagine if they’d denied the Dust Bowl’s very existence.

Instead, Americans rose to the challenge. And just as the loss of livelihoods and the degradation of our land were interwoven, so too did they seek interconnected solutions. President Roosevelt coined it “The New Deal.” In addition to Social Security, massive public works, and a minimum wage, the original New Deal put to work millions of unemployed Americans: They were given jobs planting drought-resistant hedgerows, erosion-controlling prairie grasses, and billions of trees.

The New Deal established the Soil Conservation Service (known today as National Resource Conservation District), which works with farmers to implement more sustainable practices like crop rotation, reduced tillage, and water conservation. Other programs included disaster relief, crop insurance, and rural electricity. While not perfect, it’s hard to imagine what America would look like today without this collective investment in the future.

Today, we face an ecological crisis that dwarfs the Dust Bowl. Once again, our farms are on the front lines. From droughts to floods to wildfires, climate change is here. And agriculture, so intimately bound to the climate, will feel the brunt first. Agriculture has also contributed to the problem. But agriculture, though it may not get the attention of solar panels or wind turbines, can and must be part of the solution, too. 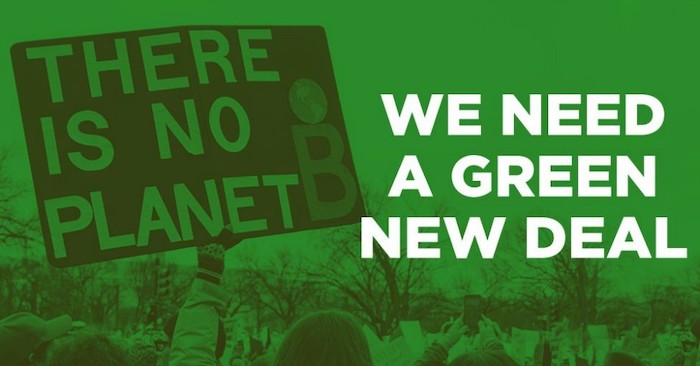 The “Green New Deal,” a resolution proposed earlier this year by Democratic members of the House and Senate, recognizes this opportunity. Seeking to tackle climate change with the same comprehensive approach as the original New Deal, this proposed economic stimulus package includes, among many things, “working collaboratively with farmers and ranchers to remove pollution and greenhouse gas emissions from the agricultural sector by supporting family farming; by investing in sustainable farming and land use practices that increase soil health; and by building a more sustainable food system.”

We need look no further than some of our own local farms to find innovative land stewards proving that, with careful soil management, we can simultaneously feed our communities and sequester carbon in the ground. And while California is already trailblazing by investing millions in groundbreaking new state programs like the Healthy Soils Initiative, it’s not enough. We need bold action. As in the Dust Bowl era, because the issues we face are interwoven, so too must be the solutions.

Grassroots: Cannabis from Prohibition to Prescription

The Fall and Winter Food Garden: A Workshop with the Master Gardeners

Our Long Table: A Benefit for Food for Thought