Story by Will Carruthers // Filed under Drink Local May/Jun 2019

Could groundwater recharge buffer us from “climate whiplash”? 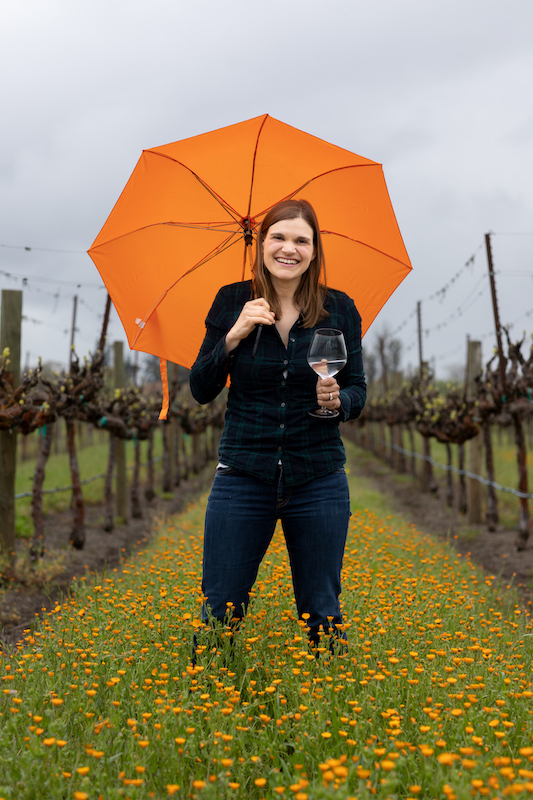 On a cloudy day in late March, puddles of water linger below the vines at Saralee’s Vineyard as dark rain clouds loom overhead. From the second story of a large barn-turned-tasting room, the scene is a reminder that the rainy season has yet to end. But, if you look close enough, it’s a good view of an experiment underway.

Although the test site isn’t much to look at close up—from ground level you can only see a few tubes and sticks poking out of the soil—an informed viewer in the tasting room can visualize the rainwater slowly dripping into the ground for use at a later date. A portion of Saralee’s Vineyard is surrounded by berms that capture rainwater. Instead of allowing the water to flow out to the sea, it drains through the ground, recharging the aquifer.

The experiment, a groundwater recharge project on part of the 200-acre vineyard in the Russian River Valley which Jackson Family Wines purchased in 2012, may prove to be the start of something significant as a new state law mandating groundwater sustainability is implemented.

Groundwater in the New Normal

Jackson Family Wines, an international company with a large Sonoma County presence, has spent the past three years experimenting with a method of managing groundwater as part of the company’s effort to reduce its environmental impact.

Because of California’s Mediterranean climate, most farms need to irrigate their crops through the dry season. Irrigation can come from surface water (streams and rivers) or from wells.

If there are too many users in a given watershed, surface streams and underground water reservoirs, called aquifers, can be sucked dry.

After a three-year drought between 2012 and 2015, California has had several of the wettest winters on record, culminating in the Russian River floods in late February. So, nothing to worry about, right? 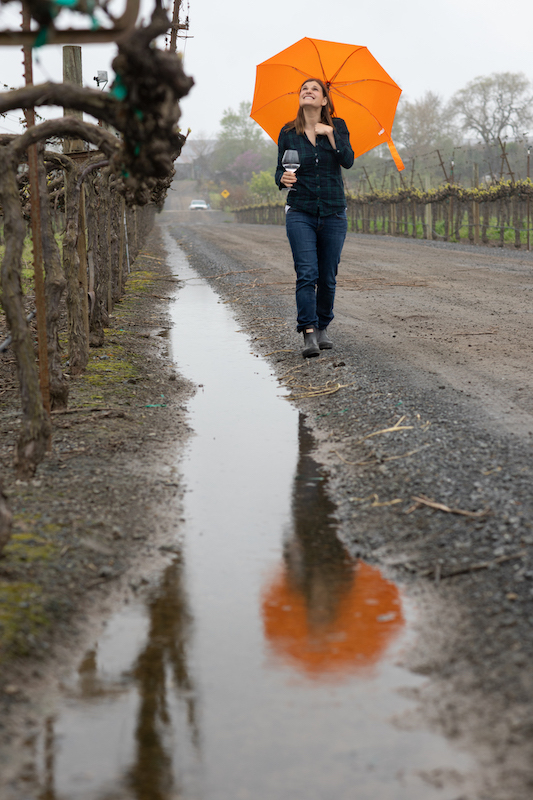 Not so fast. The authors of a 2018 UCLA study calls this trend “climate whiplash,” an increasingly intense drought-flood cycle. Through this frame, the state’s recent past may be an example of “the new normal.”

With an increase in extremes and greater fluctuations in surface water supplies, California may increasingly rely on aquifers, the back-up supply. If aquifers can be refilled with water during the rainy season, the state will have a known source of water during the dry season.

To that end, Governor Jerry Brown signed into effect the Sustainable Groundwater Management  Act (SGMA) in 2014. As a result, the California Department of Water Resources has designated 109 groundwater basins around the state that are considered high and moderate priority.

Because California has historically not tracked or regulated the use of groundwater—it’s actually one of the last states to do so—the new agencies, known as Groundwater Sustainability Agencies (GSAs) will be formed to regulate use and set sustainability goals. By 2022, the GSAs will have established sustainability goals for groundwater water users big and small to achieve sustainable levels of groundwater use. In Sonoma County, there are currently three GSAs: Santa Rosa Plain, Sonoma Valley, and Petaluma Valley.

SGMA will attempt to combat six “undesirable results” in the designated areas: persistent lowering groundwater levels, reductions in groundwater storage, saltwater intrusion, degradation of water quality, settling or sinking of land, and surface water depletion when rivers and streams are drained dry due to human use.

The worst case scenario is aquifer collapse because of overuse resulting in land subsidence. Once an aquifer has collapsed, it will never hold the same volume of water that it used to. 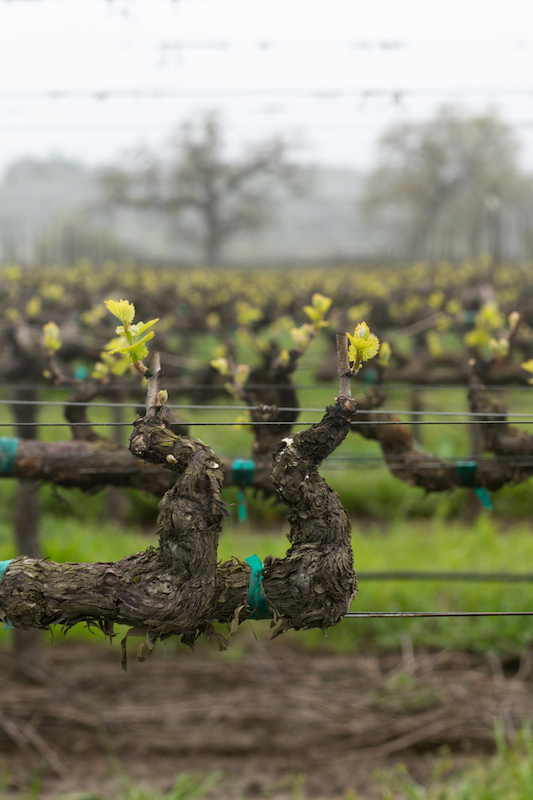 Jackson Family Wines, which owns 13,000 acres of land in Sonoma County as well as other properties around the globe, is addressing aquifer collapse with their latest sustainability experiment: the groundwater recharge project at Saralee’s Vineyard. (Only 3,709 of the company’s acres in Sonoma County are actually planted with grapes, according to a spokesperson.)

Katie Jackson, vice president of sustainability, oversees Jackson Family Wines’ efforts to reduce  water use and other environmental impacts. They’ve started with a 10 point sustainability program with aims to reduce the company’s carbon emissions, water use, and waste sent to the landfill by 2021.

“Our company feels that we have a responsibility to work on environmentally friendly practices and see how we can do things to benefit our local environment and natural resources,” Jackson says.

To move things along, Jackson Family Wines hired a consultant, Dr. Philip Bachand, to complete the company’s first groundwater recharge project and measure the results. Bachand’s water resources and environmental engineering company has worked on similar projects around the state.

“We’d heard about these experiments that had been done in the Central Valley with these almond orchards where they were demonstrating recharge above use, and it seemed like a great opportunity to test whether the same could be done with vineyards,” Jackson says.

Bachand has studied data collected from three 10-acre lots on Saralee’s Vineyard. One lot was surrounded by berms while the two others were left unaltered. The team installed meters on the lots to measure the effects on moisture at different distances below the surface.

Based on the results so far, Bachand believes this project could recharge the water table by six inches. Since the winery uses between three and six acre-inches of water per acre per year, the project could lead to recharge above use—the ability would leave more water in the aquifer than was taken out.

Certain regions and properties in the county are only at risk for some of the undesirable outcomes. For instance, saltwater intrusion is unlikely to be a problem at Saralee’s Vineyard, according to Bachand. 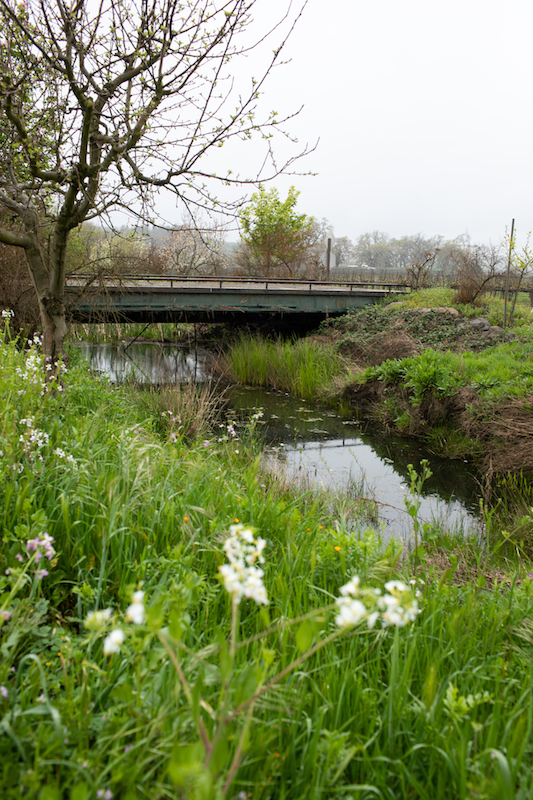 That said, different basins will have different concerns. For instance, the drop in ground levels due to depleting aquifers has been much more dramatic in parts of the Central Valley than in the North Bay.

Different parts of Sonoma County have shown worrying symptoms in many if not all of the six categories. A 2007 study showed that Rohnert Park was sinking approximately 13 millimeters per year, a trend the authors called “consistent with land subsidence due to groundwater extraction.”

Surface water depletion is also a concern in Sonoma County. In 2015, during a period of drought, state agencies dispatched employees armed with nets and buckets to save endangered salmon floundering in dwindling streams. “Landowners and vineyard managers are trading blame for draining the streams,” the Associated Press reported at the time.

Groundwater recharge projects go by several names, but, put simply, the projects are aimed at using “agricultural lands and other landscapes to recharge groundwater,” according to Bachand.

Flood-MAR, which stands for Flood-Managed Aquifer Recharge, is the California Department of Water Resources’ latest term for groundwater recharge projects. Such recharge projects could be used to meet SGMA goals and to reduce the increasingly urgent effects of climate change and the ever-growing demand on the state’s water sources. With dry and wet seasons expected to become more common and dramatic, recharge projects could help even out the uses. The size of the recharge network determines how much water can be stored.

“The idea is that California rivers and flood flows are fairly variable and that variance is pretty extreme,” Bachand said. “The only way you can really capture that water is to have an expandable recharge network.”

It’s too soon to say how helpful groundwater recharge projects will be in meeting local SGMA goals or how common they will be, according to Jay Jasperse, the Sonoma Water Agency’s lead engineer and groundwater manager.

The three GSAs in the county won’t complete the reports outlining the sustainability needs and methods for reaching goals until January 2022.

Not all properties are suited for groundwater recharge. For the purposes of SGMA, Jasperse would want to see proof that proposed projects target at least one of the six undesirable outcomes covered under SGMA.

Because of their heavy water use in the county, vineyards will be an important partner in any effort. In the Santa Rosa Plain, vineyards use approximately 31 percent of the groundwater while other agricultural interests use just two percent, according to Jasperse’s estimates.

“Generally speaking, groundwater recharge is great. But we need to look at whether it moves the needle on SGMA,” Jasperse says.