Lunch at the Library

The Lunch at the Library program was developed by the California Library Association in 2013, after librarians noticed an influx of hungry kids acting up and asking for snacks during the summer. Food insecurity for a growing population of low-income people continues to be an issue in California—including Sonoma County—and kids who qualify for free or reduced lunch during the school year don’t always have access to regular, balanced meals on summer break. This year, the Sonoma County Library joins 198 libraries across the state that will be serving an estimated 275,000 free meals. Libraries as lunch sites make sense, according to a recent Civil Eats story, “Libraries are bridging the summer gap for hungry kids,” because “they are often centrally located, offer books, activities, coveted air conditioning, and safety, and the USDA doesn’t require them to ask for proof of need; Anyone under 18 who shows up eats for free, no questions asked.” For the fourth year in a row, Sonoma County Library partners with Redwood Empire Food Bank (REFB) to host Lunch at the Library at six locations. The library will distribute free meals to youth between the ages 0 to 18 on Mondays through Fridays from June 4 to August 3 at the following branches: Central Santa Rosa—12pm; Healdsburg—12:30pm; Northwest Santa Rosa—12pm; Petaluma—12pm; Sebastopol—12:15pm; Sonoma Valley—12:15pm. No registration necessary.

A Foodie’s Guide to Capitalism: Understanding the Political Economy of What We Eat 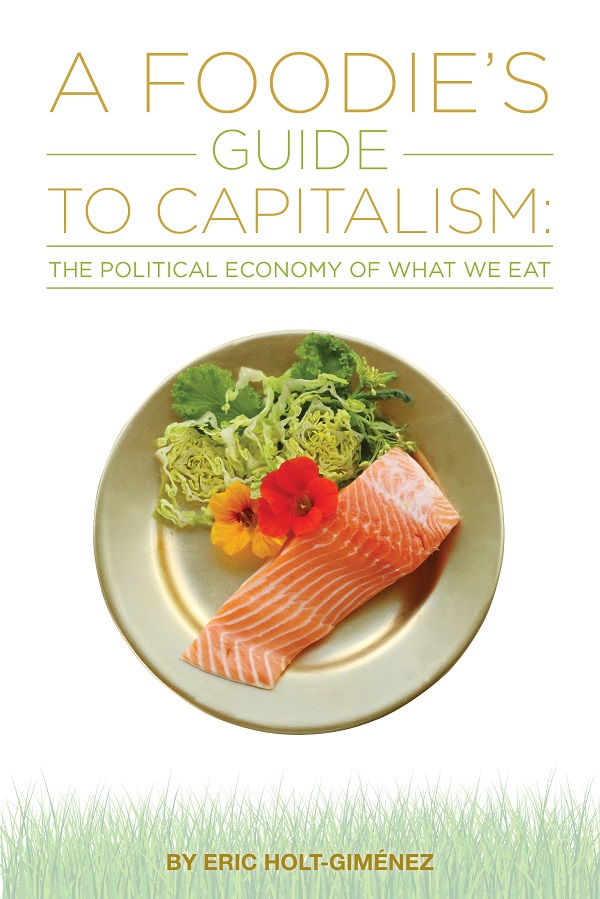 “In our current system, if you don’t set the menu, you’re on the menu,” writes Eric Holt-Giménez in A Foodie’s Guide to Capitalism. Holt-Giménez, a Sonoma County-based agro-ecologist, researcher, and lecturer, is the director of Food First, the Institute for Food and Development Policy. Founded by Frances Moore Lappé in 1975, Food First advocates for an end to the injustices that cause hunger. In his latest book, Holt-Giménez aims to get foodies thinking beyond just what’s for dinner. To advocate for real, effective, equitable change to the existing food system, he argues, it’s essential to understand how capitalism works.

Without knowing why something has its shape, it’s nearly impossible to make lasting change. “If we care about people as much as we do about food, and if we really want to change the food system, we’d better become fluent in capitalism,” writes Holt-Gimenez.

This isn’t an easy read: The author likens the guide to an “intensive language course” with the end goal of political fluency. He digs deep into economic and political history, exploring how slavery, patriarchy, land grabs, the growth of private property, neoliberalism, socially necessary labor time, and the enclosure movement—which obliterated the commons during the Industrial Revolution—paved the way for the current economic and political system. Yet, there is hope. Holt-Giménez writes, “The construction of alternative food systems has already begun as the local level brings together a wide array of farmers, communities, churches, social workers, educators, small entrepreneurs, restaurateurs, food and farm workers, and local politicians.” We saw this in action locally during the massive emergency food distribution mobilization after the October fires.

A Foodie’s Guide to Capitalism is a fascinating, important read with a perspective worth exploring—especially for anyone concerned with building a good, clean, and fair food system that supports dignified livelihoods, sustainable and regenerative production methods, and healthy food for all.

Eating Well on a Tight Budget