Locavox: Stories from the people who make our food system go

Dana Peck launched Render in 2017 with two other cofounders, Ali Bouzari, a culinary scientist with a Ph.D. in food biochemistry, and Daniel Felder, the former head of research and development at Momofuku Lab, the food think tank for David Chang’s restaurant empire. Peck herself is no stranger to respected culinary institutions having worked at Alex Stupak’s WD-50, and worked as a corporate associate at a San Francisco law firm where she advised food, wine, and technology companies. A few years back, Peck, Bouzari, and Felder parlayed their diverse food knowledge into Pilot R&D, a company that includes Single Thread chef and owner Kyle Connaughton, and now Render, where the focus has been placed squarely on projects that bring the vision of respected chefs nationwide, to market shelves. We sat down with Peck to find out why Render’s team believes chefs are uniquely positioned to bring food products out of award-winning kitchens and into the mass market.

Why did you decide to start a second company with Render? 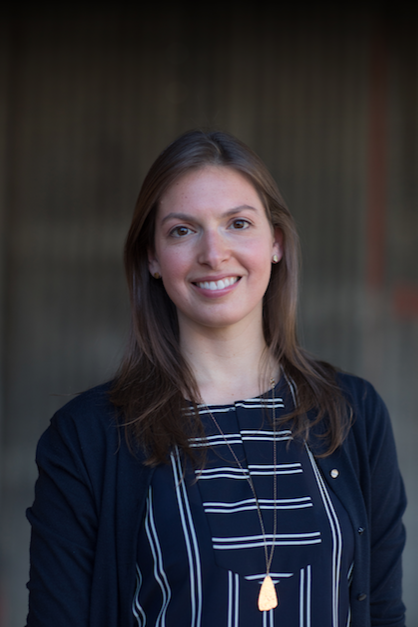 All three of us come from a mix of backgrounds and expertise, but our common thread is fine dining and Michelin Star restaurants; we built and ran the R&D labs for restaurants like the Momofuku Group in New York, the Fat Duck in London, Noma in Copenhagen, the Thomas Keller Restaurant Group, the Meadowood in Napa, and others. We wanted to take that creativity and innovation and apply it outside of the walls of a restaurant. With Pilot, we work with all kinds of people in food, helping them develop their products, menus, processes. While that experience has been incredible, it hasn’t been as collaborative with restaurant chefs as we envisioned at the outset. We wanted to create a way to better foster collaboration with the chefs we had worked with for years in incredible restaurants around the world. These are really the hotbeds of culinary innovation, the crucible where great ideas are formed and then trickle down to the rest of the industry. So we thought it would be super fun to find a way to tap into that and transform the things they do in their restaurants into something that can be packaged and sold in a retail environment for people to enjoy at home, anywhere, anytime.

Why not just keep the focus on the fine-dining world?

Chefs are innately creative and collaborative. We know, through our work with Pilot, that chefs have ideas for food that maybe aren’t the right fit for their restaurants. Or that would be perfect as a snack, condiment, or confection. Creative people are always looking for more outlets. From our perspective, we have deep expertise in product development. We’ve been working for years with food companies. We know what works in a retail environment, and we know about what works in a restaurant environment—and how those things are different. It’s a fun challenge to ask: “How can we take the most innovative minds and ideas in restaurants and use them as the driving force to create a whole assortment of new products?” We want to elevate the available packaged goods.

Render launched its first product in October 2017—a crispy, puffed quinoa snack food called State Bird Seed, a collaboration with Stuart Brioza and Nicole Krasinski, the chefs and owners of State Bird Provisions in San Francisco. How did that come about? 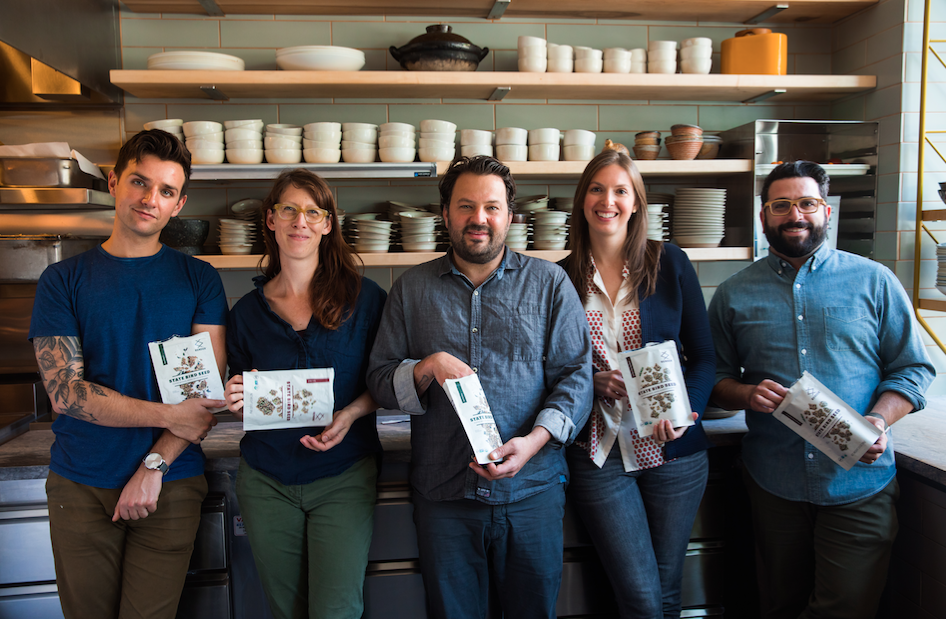 When we came up with the idea of Render, we talked to chef friends to get their feedback. Was this a model that they were interested in? We instantly got a lot of great feedback. Immediately some of them had a number of ideas. We chose to launch State Bird Seed first because there was a unique opportunity given that Stuart and Nicole were launching their State Bird Provisions cookbook in October. I’m not aware of another coordinated cookbook and product launch that’s happened. There’s a funny backstory as well. State Bird Provisions is one of my all-time favorite restaurants. I became obsessed with it when it opened, and I tried to go as much as I possibly could. But as their accolades accumulated, reservations became more and more difficult to come by. So, my then-boyfriend, now husband, coded a program to hack the reservation system and get me a reservation. We have a love for everything Stuart and Nicole do. They were a natural fit for collaboration.

Can you talk more about the journey from idea to product?

The final products aren’t meant to be exactly what’s in the restaurant. We use that as inspiration to create an equally awesome product that works in a different environment. The chefs we work with collaborate on the front-end of product development. We do all of the development in conjunction with them. They can be as involved as they want to, and they approve the final product before we commercialize it. But we take care of sourcing ingredients, production, sales and marketing, distribution, and the rest of it. It’s super attractive to chefs because they get to focus on the fun, creative, collaborative piece.

We’re working on two different beverages. One is with Nick Balla, the chef at Duna in San Francisco. We are also working with Cortney Burns who is working on a restaurant project in Massachusetts right now. She won a James Beard award, along with Balla, for The Bar Tartine Cookbook. They have a shared sensibility and approach to cooking but very different personalities. So we developed two beverage lines with a similar foundation but different end flavors and textures. We are hoping to launch in the next few months.