Youth-driven 4-H clubs from Geyserville to Petaluma grow into the 21st century.

On a Saturday afternoon at the 4-H Foundation headquarters in Rohnert Park, the audience for the 2017 Fashion Revue stands for the 4-H pledge. Led by a 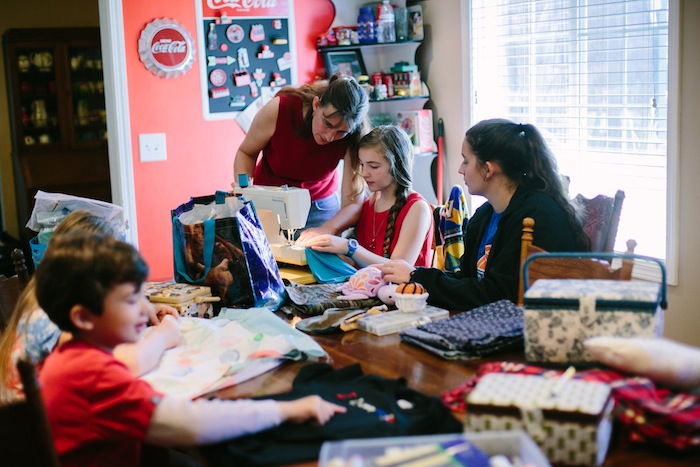 I pledge my head to clearer thinking,

My heart to greater loyalty,

My hands to larger service,

And my health to better living,

For my club, my community, my country, and my world.

Long associated with agriculture, not to mention those kids at the fair dressed in crisp white shirts and green clover-embellished scarves, 4-H’s scope in Sonoma County and nationally has expanded to include much more. After all, at the core of the 4-H mission is a hands-on curriculum driven by youth interests. So, it’s no surprise that projects now include robotics, 21st century technology, environmental sciences, fashion, and even skateboarding.

For Jaylee Edwards, a 4-H member and fashion show participant, the revue is a chance to show off her skills outside of raising animals. Past 4-H projects have seen her raising pigs, bunnies, and goats in the backyard of her suburban northwest Santa Rosa home. And, yes, even a steer.

“I like the challenge of the bigger animals,” she says, surprisingly nonchalant for a kid who has raised a cow in her backyard. “Getting them to trust me.” 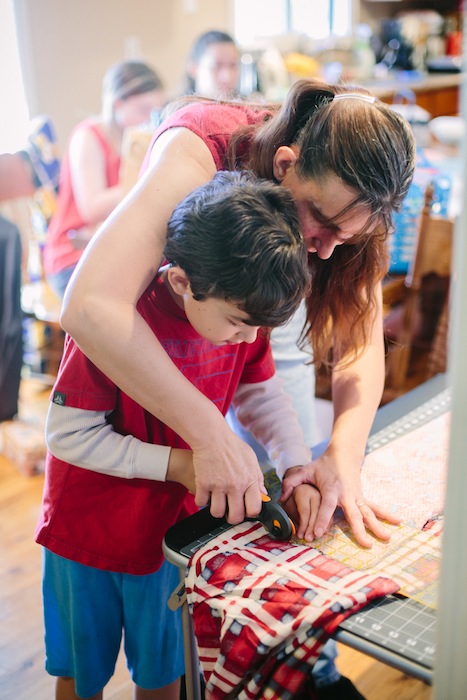 Tall with long brown hair and braces, Jaylee has sewn a poncho in Golden State Warriors fabric for the fashion competition. She’s also made a sweatshirt embellished with her favorite saying: “If you put in the work, the results will come.” As part of the highly emphasized community service component of 4-H projects, she constructed an underarm pillow for breast cancer patients.

Heidi Lavell, the revue’s award presenter and a parent volunteer, is a third-generation 4-H clubber. In high school,

she was part of Healdsburg’s Westside club where she raised horses and goats to show at the fair. Her two teen daughters, Emily and Mary, are in the Gateway club. They share their mom’s long, straight hair, but, like many contemporary kids, they didn’t follow her footsteps into animal-raising.

Mary, for example, discovered an affinity for horticulture through 4-H and has traveled across the country presenting to the National Junior Horticultural Association.

“It’s provided her such a great opportunity for public speaking and leadership building,” says Lavell. “In my opinion, the broad range of experiences available through 4-H is just as important as schooling.” Lavell also coordinates the yearly 4-H camp in the Las Posadas State Forest near St. Helena. In a tradition dating back to 1929, every summer, campers have head out to the woods for hiking, swimming, archery, arts and crafts, and the requisite songs around the campfire.

As with the rest of 4-H, at the camp, kids run the show— with adult chaperones, of course, to prevent any catastrophe. Caroline Hampton, 14, is going into her second year as a teen leader at the camp. Shy and reserved at first in a bright green jacket and skinny blue jeans, she warms up after talking about her experiences in 4-H. A vegetarian, Caroline isn’t interested in raising animals for the fair. What she does enjoy are the teen leadership conferences—like the one in Humboldt 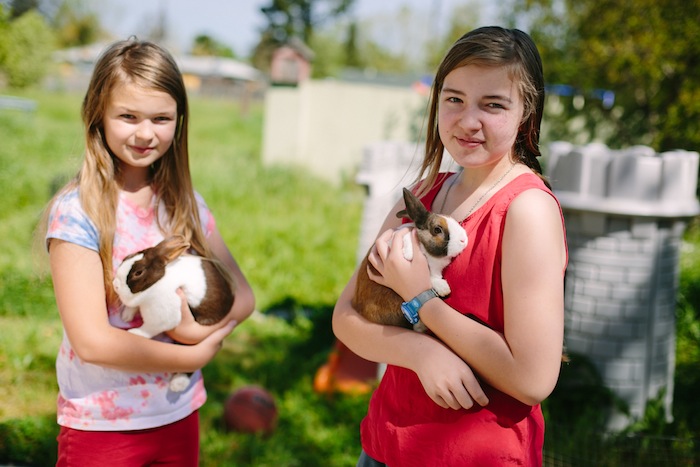 last year— and the camp at Las Posadas, where she’ll lead a “tribe” of 9- to-12-year-olds in skits and meetings. In a few months, she’ll attend 4-H conference in Sacramento to learn about how the state government works. Next year, she’ll attend a similar event in Washington, D.C.

“It gives me a way to socialize—and I like that the kids get to plan and run things at the camp,” says Caroline before scooting off to get her handmade narwhal ready to present in the revue’s Stuffed Animal category.

Caroline’s mother, Diana Hampton of Glen Ellen, says 4-H was a way to get her kids out into the world to socialize and practice public speaking, a core component of the 4-H mission. She first learned about 4-H at a homeschool conference where a group of 4-H-ers presented and just “led the room.” She immediately got her elementary-aged children involved in this “empowering” club. Her son Ben, now 23, owns his own business in Cloverdale. Her daughter Caroline, as mentioned previously, has grown her leadership skills.

“4-H empowers youth to rise above the herd,” says Hampton. “It allows them to test the waters and work in partnerships with adults. It prepares them to be a leader in their field rather than a follower.”

The History of 4-H

The first 4-H club can be officially traced back to a youth program launched in Clark County, Ohio in 1902. Known alternately as the Tomato Club or the Corn Growing Club, the program was established to provide practical, hands-on learning experiences for youth out of a desire to connect public school education to 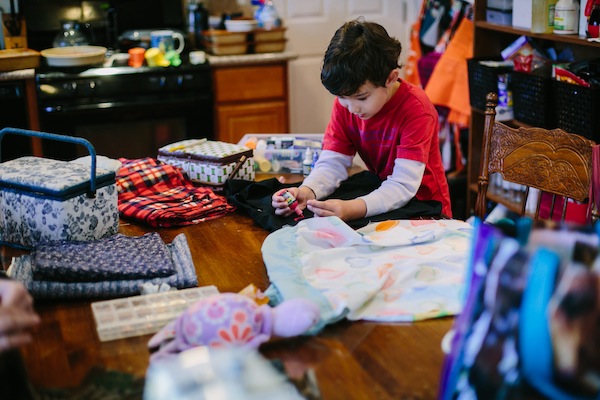 country life. The community clubs were posited as a way to help bring new agricultural technology to farms by way of the youth, who were seen as more open to the prospect than older farmers. By 1912, the clubs were going by the name 4-H. 4-H was folded into the Cooperative Extension system in 1924. Developed by the United States Department of Agriculture (USDA) in 1914, the Cooperative Extension provided federal funding for research and educational programs for 100 land-grant universities and more than 3,000 county offices.

In 1926, the first 4-H club launched in Sonoma County. It was designed to teach home economics and agricultural techniques to rural youth, along with character development and good citizenship. Now, there are 25 clubs from Geyserville to Two Rock in Petaluma. The meetings are facilitated by youth leaders following Robert’s Rules of Order, which involves gavels and consensus building.

At the foundation headquarters in Rohnert Park, you can trace the club’s history in photographs. One from 1959 shows Margaret McMillan, a Bellevue 4-H clubber, holding a prize broiler. Another dating back to the 1920s shows delegates in news caps and dropwaist dresses waiting to board a train on their way to a conference in Sacramento. Another shows a smiling Dolores Carrillo kneeling with prize pigs. Agriculture is a huge presence.

Since those early days, projects have expanded from pigs and chickens into environmental education, plant science, robotics, engineering, and fashion. One teen in Petaluma even launched a skateboard project where participants learned about the physics of skateboarding, took a field trip to a skate shop to learn the history of the sport, and, thanks to a grant, procured helmets for a trip to a local skateboard park. Statewide, there’s been a shift towards healthy living with a “healthy living officer” position established in many 4-H clubs. Each month the officer focuses on eating fruit as a snack or the importance of not sitting for long periods of time or not eating too much sugar. Through this modernization, the 4-H mission remains the same: to “engage youth in reaching their fullest potential 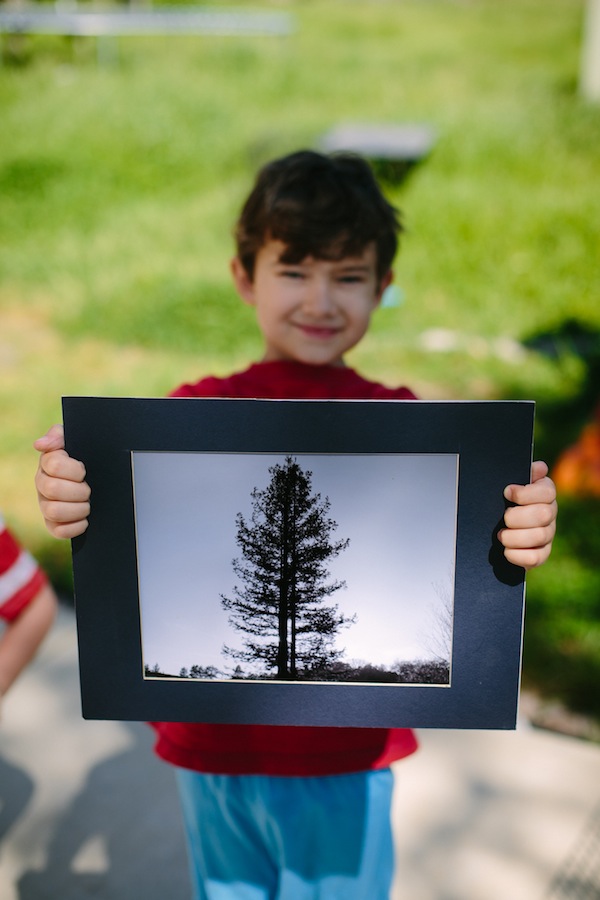 while advancing the field of youth development.”

The approach has been successful. 4-H is the largest youth organization in the United States, with over six million members. While 2.6 million of those members are in rural areas, more than three million live in urban and suburban environments.

“A lot of people connect with 4-H at the fair,” says Judy Ludovise, the Sonoma County 4-H program representative. “They see kids in uniforms raising animals and they assume it’s an animal program. Indeed, that’s the way it started out in the early part of the century, but it’s evolved the meet the kid’s needs.”

In 17 years as a program representative, Ludovise remains inspired by 4-H’s impact on kids.

“I see kids growing tremendously, gaining confidence and critical thinking skills, developing empathy for people in need, and learning how to be a leader in today’s world,” she says.

Tickets are available now for the 56th annual 4-H ChickenQue on May 7 at the Sonoma County Fairgrounds.

A River Runs Through It